A US Pakistani man from Pennsylvania was found shot dead in the boot of his own car. A murder investigation has been launched.

"why would you do that to such a kind person?”

A murder investigation was launched after US Pakistani man Junaid Akhlas was found shot dead in the boot of his own car on July 20, 2021.

The vehicle was discovered at an abandoned petrol station in Moon Township, Pennsylvania.

Twenty-eight-year-old Junaid was reported missing from his home at 8 am.

Family members later found his body. Father-of-one Junaid appeared to have been shot dead before his body was put in the boot of his own car.

His family believed he was dropping someone off at Pittsburgh International Airport and that they may have driven through the area.

An arrest warrant has been issued against Anoosh Almas, who is believed to be the victim’s cousin.

Junaid’s sister, Zonash Akhlas said her brother was a kind person who did not have enemies and was well-liked.

Originally from Pakistan, the family moved to the United States a few years ago.

The US Pakistani man was the main provider for the family.

Zonash said: “I never thought that he would go like this.

“I never thought he would go like this, they shot him in the head and put him face down in the ‘dikki,’ who would have thought.

“Even if they find him it’s not going to bring my brother back.

“But I really want justice, why would you do that to such a kind person?”

Police were called to the abandoned petrol station at around 12:36 pm. They found Junaid in the boot of his Toyota Yaris and was pronounced dead at the scene.

Documents said Junaid’s brother was last with him when he got a call from the suspect asking for a ride to Pittsburgh International Airport.

The US Pakistani man left to pick Almas up sometime around 11 pm on July 19.

His family became concerned when he did not return. Relatives tried contacting both Junaid and Almas.

The next day, Junaid’s brother went to the airport and asked Allegheny County police about him. An investigation was soon launched.

The plate was identified near a Walmart store and the abandoned petrol station just before 1 am.

Officers and family members began searching for the car before finding it at the former Texaco station.

As investigators analysed the scene, they found a loaded pistol behind the petrol station. Police said the gun had a jammed bullet inside.

Records revealed that the gun was registered to Almas. 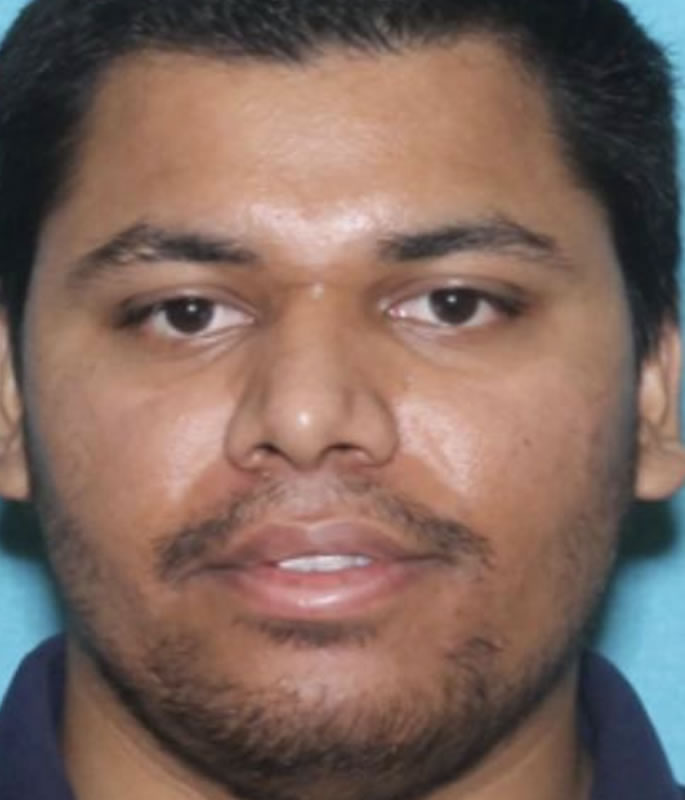 Detectives interviewed the suspect’s uncle. He told them that he saw an email from Expedia.com that said Almas had booked a flight to Mexico.

Pittsburgh International officers confirmed that Almas was a ticketed passenger and was seen on camera boarding a 9:15 am flight to Cancun.

The camera system showed that Almas arrived earlier that morning from a Lyft.

The driver of the car went to Beaver Police Station after being contacted by detectives.

He told them he was notified by Lyft shortly before 7 am of a pickup at the Super 8 Motel in Moon Township.

Almas came out carrying a plastic bag. He put it in the bin before entering the vehicle.

Detectives went to the motel and the camera showed Almas renting a room at approximately 1:30 am.

Upon checking the bin, they found a bag of clothing soaked with blood.

Almas faces charges that include tampering with or fabricating physical evidence, receiving stolen property, criminal homicide and abuse of a corpse.

A motive for the killing has not yet been revealed.

Dhiren is a journalism graduate with a passion for gaming, watching films and sports. He also enjoys cooking from time to time. His motto is to “Live life one day at a time.”
Fraudster stole £185k through Fake Covid-19 Text Scam
Indian Student Raped & Forced to Marry Teacher’s Husband