History of the Football Boot

The football boot has evolved incredibly over the last two centuries both on the pitch and off. DESIblitz takes you through the fascinating journey of football boots.

The dominance of Brazil best demonstrated the revolutionary change of boots design.

From only a protective gear enhancing grip on the grass, football boots have evolved into a manifestation of fashion, playing style and lucrative business.

The world’s first pair of football boots was believed to have belonged to King Henry VIII. Although there is no surviving example, it was listed in the inventory of his clothes.

While Henry was better known for his passion for jousting and hunting, the handmade leather shoes still cost 4 shillings, equivalent to £100 today.

During the 19th century, affection for football grew in Britain. With the sports moving from a local village game into a more structured one, players no longer wore their leather work boots for football.

A slipper style studded shoe made of thick leather was the official first generation of football boots. 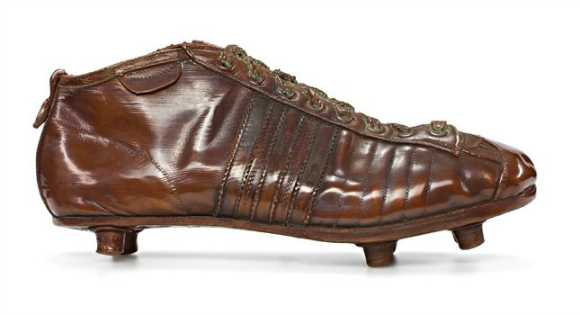 As development of football stalled due to the World Wars in the early 1900s, so did the evolution of boots. With the end of World War II in the 1940s, the influence of South American football began to blossom on the global stage.

Increasing focus on skills and techniques led to the production of slimmer boots. The use of synthetic materials rather than pure leather, as well as the lower cut design, enabled the slick movement of football players, and hence more football tricks.

The dominance of Brazil during 1960-70s, led by the legendary Pele, probably best demonstrated the revolutionary change of boots design.

The birth of the symbolic Adidas Predator in the 1990s was another significant step where football boots further enhanced the performance of footballers. The increased surface areas between the boot and the ball allow greater power and swerve to be generated.

Remember David Beckham’s half-way line goal against Wimbledon? It was a Predator he wore that day at Selhurst Park in 1996.

Nowadays, boots are even categorised by different positions, or more precisely, different duties on the ball.

Nike famously promoted the Mercurial Vapor (for runners and dribblers), Tiempo (for comfort and close control), Total 90 (for long range passes/shots) and went on to diverse into CTR 360, Magistas, and so on.

Adidas also had their F50, adiPure and Nitrocharge series to respectively compete with Nike. 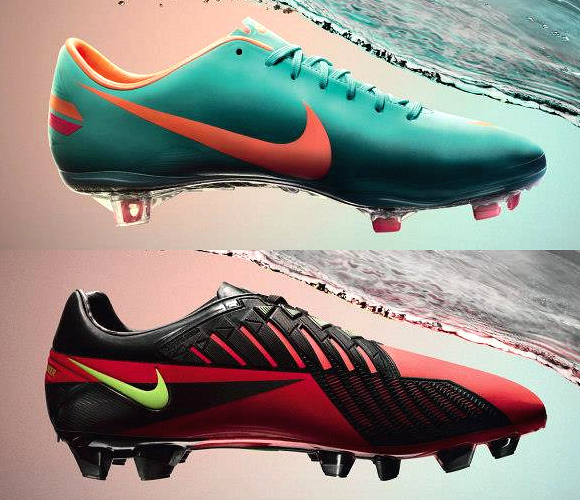 For example, Bayern Munich defender Jerome Boateng wears the Nike Tiempo. The design of the boots fits coach Pep Guardiola’s philosophy, which stresses the importance of ball-playing, even as a defender.

The correlation between football boots and playing style is incredibly close.

While players find the boots which are most suitable for the skills, commentators and opponents can even figure out the playing style of the wearers, which forms a tactical part of the game.

When TVs stopped being black and white, so did football boots. Nike and Adidas started to add white and red elements respectively into their designs.

But it was not until 1998 when the Brazilian Ronaldo debuted his Nike Mercurial Vapor, the gate became wide open. From then on, black was quickly phased out. Silver or white became the trend. 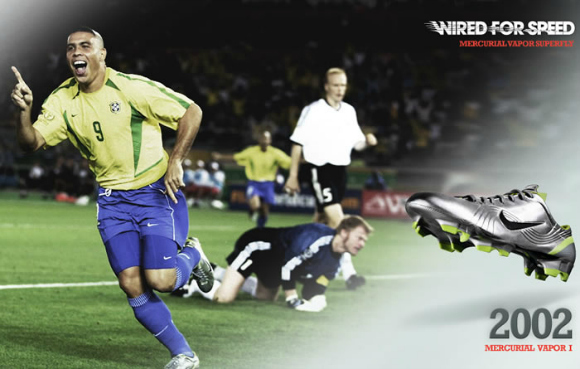 The use of colours were also how ‘better’ footballers were distinguished among their ‘ordinary’ counterparts.

If you are a Manchester United fan, you’ll remember Beckham in the white Adidas Predator while Gary Neville running alongside with a pair of Diadora.

And of course, there were no black boots in the Galacticos Real Madrid. Well, probably apart from the humble Fernando Hierro.

Wearing black boots doesn’t make you an ordinary player, but wearing non-black ones are most likely endorsing a brand.

Before YouTube was Adele-popular, many were already watching the war of commercials between Nike and Adidas: The Airport, The Cage, The Joga Bonito series, The Impossible Team, Ole and so on. 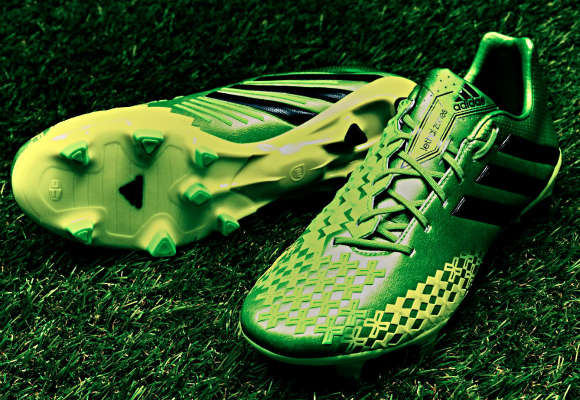 This business snowballs quickly and while the revenue from boots will never catch up with jerseys, they still play a significant part.

With the substantial amount of money involved in both boots and jersey, 1+1 does not just equal to 2 but 3. Imagine how much the Nike boss would like to see Lionel Messi with a Nike boot in his Nike Barcelona Jersey?

The chief of Adidas would not turn down an opportunity to get Cristiano Ronaldo in a full Adidas suit either.

Players are sponsored by football boot companies to wear solely one brand. It all began in the 1970s with Pele and Puma. The marketing battle nowadays involve attracting the most famous footballers to be their wearers.

Hence, brand names have been mentioned more often in transfer gossips in recent seasons. The mega jersey sponsorship could fund the transfer fee of a superstar, which in turn helps the sales of both jerseys and boots.

This is why the rumours between Gareth Bale and Manchester United never fade. United knows they always have the backing of their new kit sponsor Adidas, who also sponsors Bale’s boots.

Barcelona, with much success but also debt, may have also been encouraged to ‘Just-Do-It’ in controversially signing Neymar Jr. 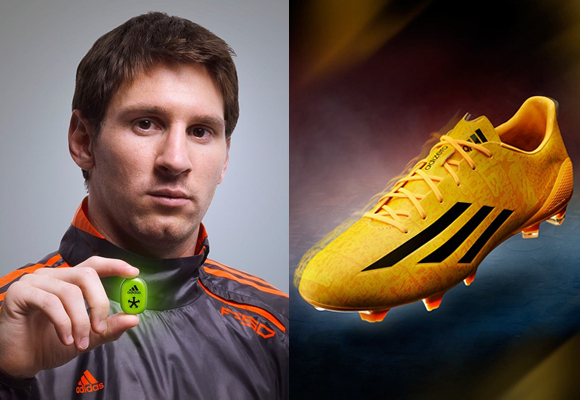 So how will football boots further evolve? With the aid of technology, thinner and lighter material will make footballers feel even more attached to the ball.

Wider application of science and statistics may also hint at an emerging market of ‘smart boots’. Planting chips in boots enables tracking of players’ movement and performance.

One thing for certain, just like the last 200 years, the pace of evolution of football boots will not slow down. As football becomes increasingly popular, its influence in every aspect will only ever grow.