Sachin vs Warne in Cricket All Stars 2015

Cricketing legends, Sachin Tendulkar and Shane Warne are bringing cricket to America with their fast-bowl Cricket All Stars T20 Series. DESIblitz has more.

The Cricket All Stars 2015 T20 is taking the US by storm with a series of intense matches amongst some of the world’s finest cricketing stars.

Leading the teams are legends in cricket, the retired Sachin Tendulkar and Shane Warne, who are each heading up their own rival team called ‘Sachin’s Blasters’ and ‘Warne’s Warriors’.

The two heavyweights began their US tour in New York between November 4 and 7, 2015 where Warne’s Warriors won by six wickets with 16 balls remaining.

The second game took place in Houston between November 9 and 11, 2015, where the Warne Warriors beat the Sachin Blasters by 57 runs. 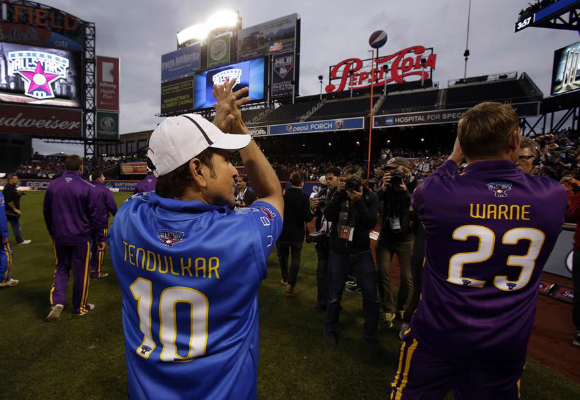 This takes the Warne’s Warriors up to 2-0 on the scoreboard after these first two matches, and it is possible that Warne might even clean bowl the series with a final win.

Warne has many other famous talents on his side to make up the Warriors.

In Sachin’s Blasters, alongside Tendulkar is Graeme Swann from Britain, Indian cricketer Virender Sehwag who is a right hand batsman, and Pakistani cricketer Shoaib Akhtar who’s regarded as the fastest bowler of all time.

The final match is taking place between November 12 and 14, 2015 in Los Angeles. 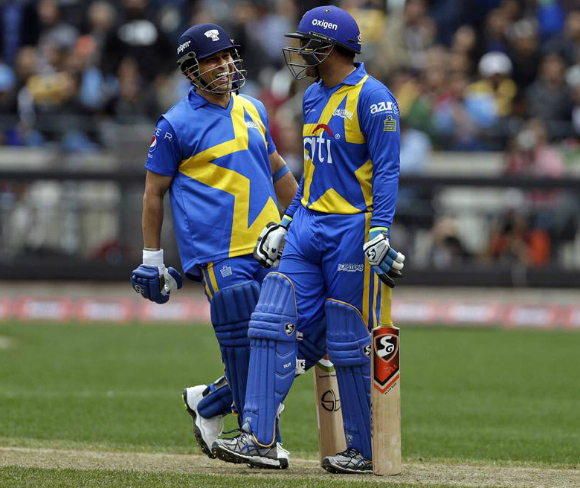 Approved by the International Cricket Council, the T20 series has been taking place in prestigious baseball stadiums around the US.

The one-off tournament, that includes players who are retirees and famous cricket names around the globe, has caused an uproar of excitement since it began.

The concept of the tournament is to introduce local Americans to the foreign sport, and offer them the chance to see some of the game’s leading stars in action.

The Cricket All Stars Twitter account have been keeping fans up to date on the thrilling tournament, whilst supporters and cricketing enthusiasts have also arrived to the baseball venues to watch the games live.

Indian national treasure, Sachin has also been tweeting about his appreciation for the tournament, with a picture taken in New York city, home to the second game:

Overwhelming response for cricket & great to promote cricket in the US in an unified manner with support from @ICC pic.twitter.com/CPOY7413HW

With the third game having already started in Los Angeles, the Warne’s Warriors are set up nicely to take the crown in this tournament with a winning hat-trick.

But Sachin’s Blasters may make a comeback that could really knock the Warriors’ wickets out of the park. The match is being held at the LA Dodgers Stadium.

With the ‘icons of cricket’ playing on ‘American soil for the first time’, this tournament is a brilliant chance for cricket to make itself known in the US.

And by using so many global icons, it is certainly attracting a vast amount of interest from all over the world.