On the first day of their royal visit to India, William and Kate joined Sachin Tendulkar and local children for a charity cricket match in Mumbai.

On the first day of their royal tour in India, Prince William and Kate Middleton enjoyed a cricket session with the legendary Sachin Tendulkar.

The charity match took place at the Oval Maidan in Mumbai and was organised by Magic Bus, Doorstep and India’s Childline to raise money for vulnerable children in India.

Donning a flowy dress by Indian designer Anita Dongre, the Duchess of Cambridge took up the cricket bat to face deliveries from Sachin.

Her husband, an avid follower of the sport, also took the chance to swing the bat and had a brilliant time playing with local children, whilst chatting about T20 and tennis with Sachin. 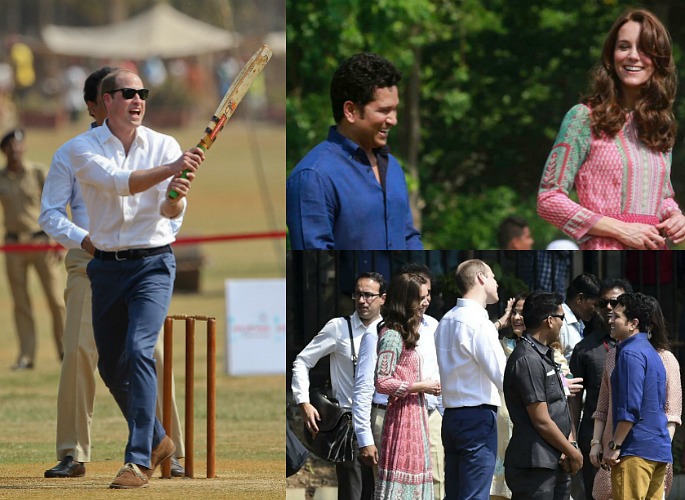 After the royal match, India’s former captain told local media: “It was a fantastic experience to meet the Duke and the Duchess and they are a remarkable couple.

“They made us feel so comfortable and they are really humble, very simple and the noble causes that they are supporting all over the world shows what a kind heart they have.”

“All in all, it was a wonderful experience. God bless the couple and keep them always healthy and happy.”

Royal afternoon at the Oval with the Duke and Duchess of Cambridge. Bowled over by their humility. @KensingtonRoyal pic.twitter.com/Kc23EncXIY

William and Kate arrived in India on April 10, 2016 and made the Taj Mahal Palace Hotel their first stop, where they were welcomed with garlands of beautiful roses.

The royal couple paid respect to the victims of the 2008 Mumbai terror attacks by laying a wreath at a memorial in the hotel, where 31 people were killed.

They also wrote a heartfelt message in the hotel’s visitor’s book: “In memory of those who lost their lives and those injured in the senseless atrocities at the Taj Mahal Palace Hotel.” 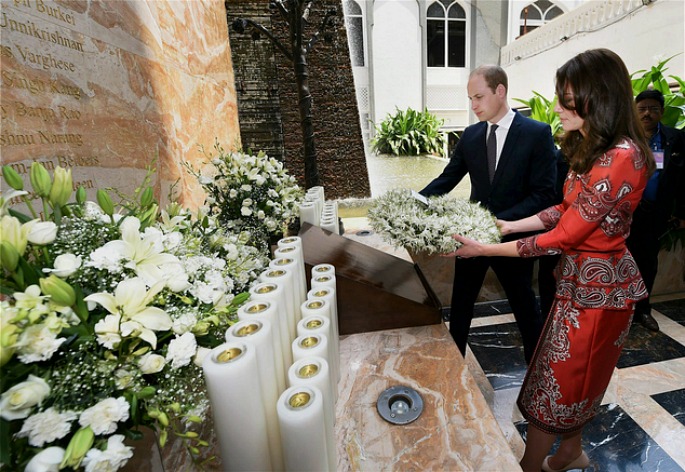 It has been two years since William and Kate went on a royal tour. They last visited Australia in 2014, travelling with the young Prince George.

The royal couple will finish their tour on April 16, 2016 with a historic visit to the Taj Mahal, where the late Princess Diana was photographed in 1992.