DESIblitz speaks to Brit-Asian MMA fighter, Shah Hussain, who is set to fight in Pakistan for the first time on April 16, 2016.

“It's going to be an awesome experience fighting in the mother country."

British Pakistani, Shah ‘No Pain’ Hussain, is set to fight in Pakistan for the very first time.

The professional Mixed Martial Arts (MMA) fighter from Slough, Berkshire, UK, will be headlining PAK MMA Fighting Alliance 3, which is due to take place on April 16, 2016.

Hussain was the first ever professional Pakistani MMA fighter following his debut in 2006.  His participation in Fighting Alliance 3 will be his first on ‘home soil’.

Shah will be competing in the event which is being held at the Grand Marquee, near Salar Centre Barkat Market, in the famous city of Lahore. 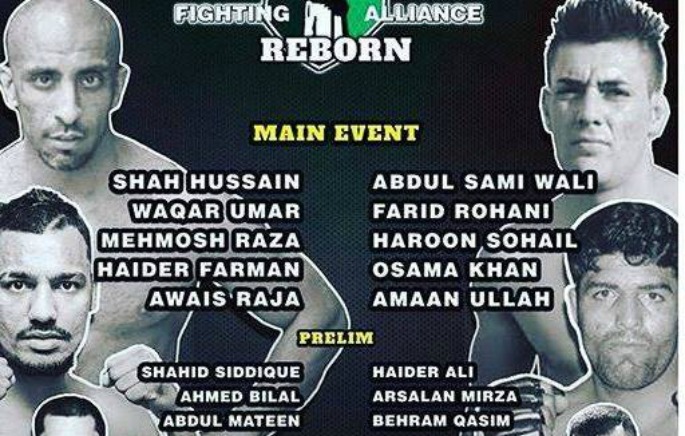 April 16, 2016, promises to be a historic moment. Not only for the Pakistani MMA community, but also for the nation itself who will be hosting its most senior professional MMA fighter.

36 year old Shah says: “I feel great about fighting in Pakistan, it’s going to be an awesome experience fighting in the mother country for the first time in front of many Pakistani fight fans.”

Hussain will also be making his International MMA debut in Pakistan at Fighting Alliance 3. The man who stands between him and a glorious victory is a young, bright prospect coming out of Afghanistan.

Abdul Sami Wali, is the PGC1 (Pakistani Grappling Challenge) Champion, and is sure to offer the Brit Asian a tough challenge.

Shah’s experience will surely be key to overcoming the challenge of Sami Wali. The Brit Asian has previously held the Pro Kumite Middleweight title, and was a former Brazilian Jiu Jitsu champion. 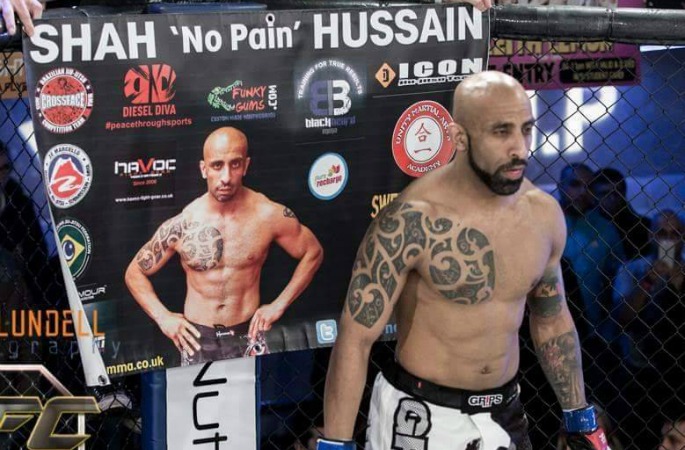 Shah tells us: “A win in Pakistan compared to my achievements to date would be amazing, this will then hopefully open up more opportunities to compete on other larger MMA promotions around the world.”

Fighting Alliance 3 is being promoted by Bashir Ahmad. Ahmad is himself a professional MMA fighter, and the first Pakistani to represent the country in international MMA. 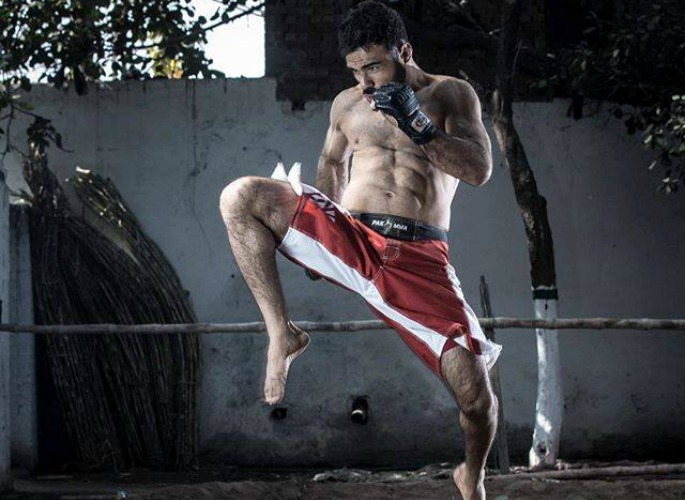 Ahmad said the following after Shah Hussain’s confirmation that he will be participating in the event:

“The true pioneer of professional fighting in MMA of Pakistani origin, the one and only, Shah Hussain is going to be fighting at Fighting Alliance 3 on April 16, 2016.”

Shah was thankful of Ahmad’s comments, saying: “It’s amazing to be seen as a Pioneer, but to me, I feel I’m always a student in this sport.”

He continues: “The truth is that there are also other people in Pakistan who are pioneers in the sport of MMA. Bashir Ahmad and Jalil Ahmed are early pioneers. Then you have history being made in 2015 with Uloomi Karim Shaheen and Ahmed Mujtaba being the first Pakistani Professional MMA fighters to win International MMA titles abroad.”

Shah took some time out from his busy preparations for the fight to talk to DESIblitz. Here’s what he had to say.

“I was originally born in Solihull, Birmingham, but moved with my family to Slough at a young age. My parents hail from an area called Gujerkhan, in Pakistan.

How are you feeling about making your International MMA debut in Pakistan?

“It was always one of my goals to eventually fight in the mother country, and now, thanks to the guys at Fighting Alliance this is going to happen.

“I’ve taught MMA seminars out in Pakistan and I’m familiar with many faces over there. It will be home from home. I feel fit, strong and confident going into this fight.” 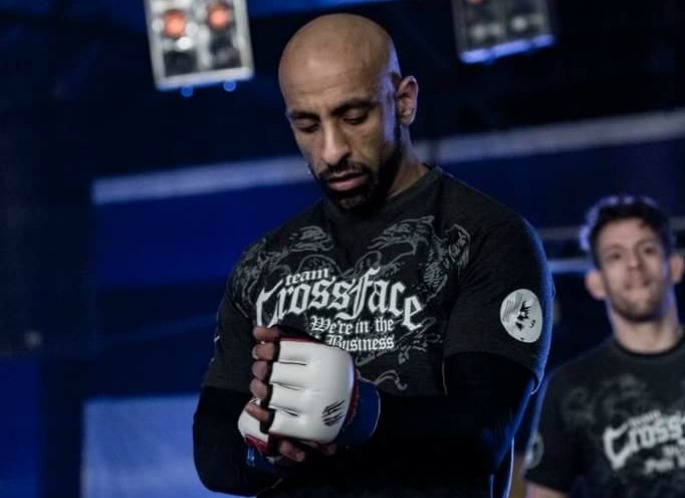 “My plans for the rest of 2016 and beyond are to continue to stay spiritual – religiously and physically.

“I will try to stay as active as I can in both MMA and Brazilian Jiu Jitsu competitions, keep winning, and most importantly stay health and injury free.”

How rigorous is your training?

“When in fight camp, which is usually 10 weeks, I train 6 days a week, and on some of those days I train twice a day.

“I also listen to my body, so if I’m feeling really tired, I will rest. This helps my body to recover, and helps to avoid injuries. My training consists of MMA, Brazilian Jiu Jitsu, sparring, wrestling, lifting weights, cardio, and strength and conditioning training.

Who are your sporting idols?

“However I have always looked up to Bruce Lee, Mike Tyson and Mohammed Ali as inspirational figures. The most influential person around me though, is my coach David Lee.” 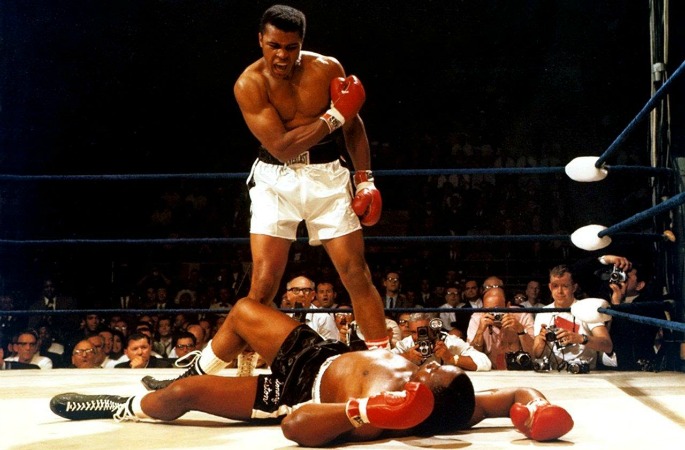 What are your opinions on Diaz vs McGregor and Khan vs Canelo?

“The Connor McGregor and Nate Diaz 2 fight is on UFC 200, a landmark event. Styles make fights, both have the personalities and the trash talk to match it. If Connor beats Diaz, it sets everything up for a 3rd showdown somewhere down the line.

“I can’t wait to see this one go down. As much as I like both fighters, in my opinion, Diaz takes this again. He will have a full fight camp behind him unlike last time, where he took the fight on 2 weeks’ notice. I see Diaz win this via TKO or Submission.

“I think Amir Khan vs Canelo Alvarez is a great fight. It’s always a risk moving up a weight category because you’re fighting a guy who is much bigger and with that will have the stronger, heavier punches. Both fighters are world class and for Amir Khan to go up a weight division shows confidence that he can hang with the best in that division.

“I can see this fight going the distance with Khan emerging the winner on points. I think Khan will outbox Canelo with his speed but will need to keep his hands up as Canelo has knockout power.” 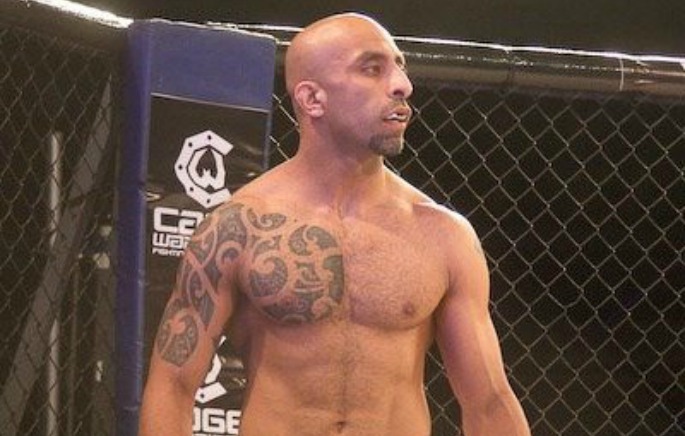 Shah’s participation in Fighting Alliance 3 could aid the growth of MMA in Pakistan. This may well be the beginning of the rise of the sport in the country.

DESIblitz wishes Shah Hussain the best of luck for his international debut in Pakistan on April 16, 2016. Be sure to keep track of the event which promises to be an exciting one.