Tiger Shroff and his sister Krishna Shroff recently opened an MMA gym. It will now become the official training centre for the Indian MMA team.

"Not too shabby for my first day on the speed bag."

Bollywood star Tiger Shroff is a big fan of the sport of Mixed Martial Arts (MMA), with videos being posted of the actor training.

Regular training has enabled him to perform his own stunts in his films. His love for MMA has also opened up new opportunities for the actor.

On December 1, 2018, he and his sister Krishna started an MMA accredited centre in Mumbai called ‘MMA Matrix’.

The actor’s passion for the sport inspired him to open up his own gym. In a statement, Tiger said:

“Krishna and I are equally passionate about MMA and have got together to have a training centre focused on MMA.”

Tiger’s love for MMA has since gone to a whole new level as the gym will be the official training centre for the Indian MMA team.

Fighters who train at MMA Matrix will be representing the country on international amateur platforms. It will be the new home for all MMA fighters across the country. 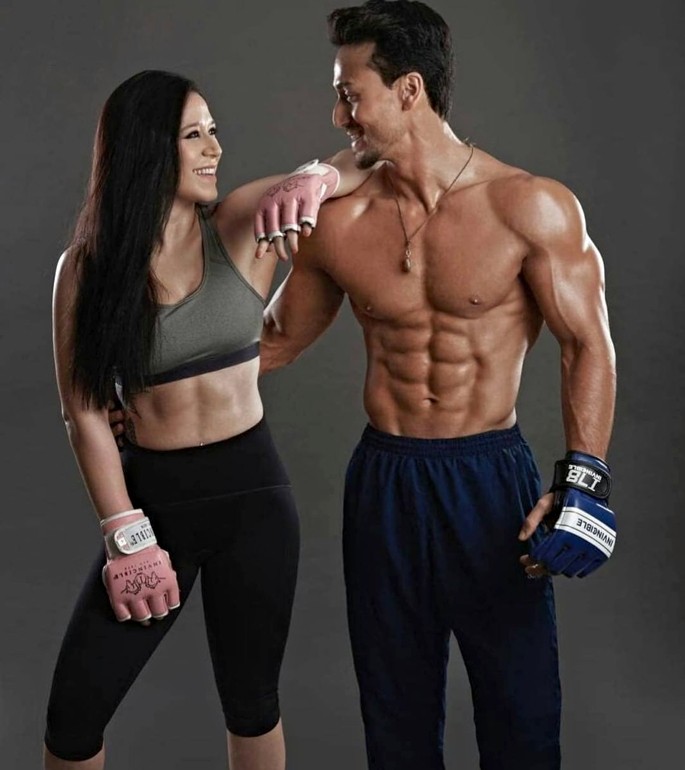 MMA Matrix has also been recognised as the first official fighters’ training centre for all AIMMAA (All India Mixed Martial Arts Association) licensed, amateur and professional martial artists in India.

AIMMAA aims to help train martial artists by providing world-class training and state of the art facilities. A fighters programme with experienced coaches has also been designed.

Krishna has already provided a sneak peek of the gym. She posted a video of her practising with the speed bag.

She captioned the video: “Not too shabby for my first day on the speed bag… As you can see, I was quite proud of myself.”

With the success of the Super Fight League, there are plans to develop a professional fight team that will soon represent India in various MMA promotions around the world.

In 2019, MMA Matrix will start a regular circuit of training camps for both professional and amateur fighters.

The planned training programmes are to hopefully boost the level of MMA in the country. Tiger’s new gym does not just cater to fighters, it is a modern facility which can be used by all fitness enthusiasts.

When talking about the initiative, Tiger said:

“MMA is a great and fun variation to stay fit and healthy. It will empower the youth, women and children alike.”

MMA is a crucial part of Tiger’s workouts, which can be up to five hours long, as a specific fighting style can match the action which may be in the film.

His routine comprises of martial arts training in the morning, usually on a beach. It involves high kicks and leaps to improve his flexibility.

On a professional front, Tiger has finished shooting the Student of the Year sequel and his next project is Baaghi 3, where it is likely he will put his martial arts skills to the test.

Tiger’s venture into MMA with his gym and now becoming the official training centre for fighters across the country will boost the popularity of the sport.

Not only that, but it is sure to improve the level of current fighters in order for them to be able to compete with the best from around the world.

Dhiren is a journalism graduate with a passion for gaming, watching films and sports. He also enjoys cooking from time to time. His motto is to “Live life one day at a time.”
Ace Shuttlers Saina Nehwal & Parupalli Kashyap get Married
Top 11 Most Expensive Players from IPL Cricket Auction 2019