Tiger Shroff is a Superhero in A Flying Jatt

Ace choreographer and director, Remo D’Souza glides back to the big screen with A Flying Jatt. DESIblitz reviews this highly awaited superhero flick

His 'Heropanti' is definitely Seeti Maar!

Like the star casts of his previous films, A Flying Jatt boasts of a talented line-up consisting of Tiger Shroff, Jacqueline Fernandez and Amrita Singh.

As A Flying Jatt is the next big superhero movie since Krrish 3, there are some high expectations from the movie.

Talking about the superhero’s USP, the filmmaker mentions:

“[Flying Jatt] is the most humane superhero and while he goes about his duties, his quirks and reluctance is a new dimension to the superhero genre.”

So, does it soar or plummet from great heights? DESIblitz reviews Remo D’Souza’s superhero flick!

The film revolves around Aman (played by Tiger Shroff) a goofy martial-arts teacher, who is in love with Kirti (played by Jacqueline Fernandez).

As Aman’s mother (played by Amrita Singh) refuses Malhotra’s offer to surrender the land, the evil money-minded businessman commands the evil Rakka (played by Nathan Jones) to throw the residents out. 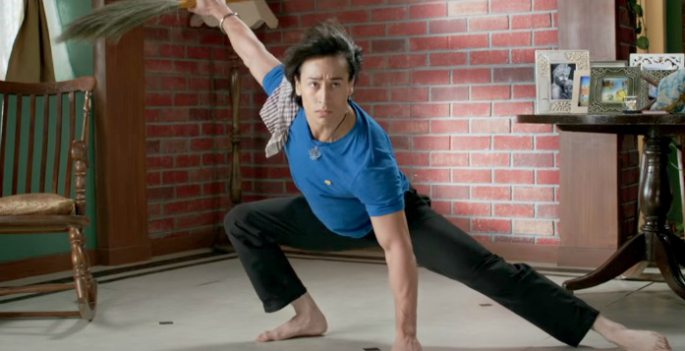 One day, after a fight between Aman and Rakka, the two gain good and bad superpowers, respectively. Will Aman aka the ‘Flying Jatt’ save the city from peril?

Initially when one sees the film title, there is curiosity amongst the audience.

We’ve had superhero films about an invisible man (Mr India) or a video-game character (Ra.One), but having an ordinary Sardar as the superhero is quite intriguing.

Whilst the movie storyline is quite basic, the Punjabi angle seems to work. Remo D’Souza’s apt comic timing is worthy of praise.

Whether it’s seeing Amrita Singh and Gaurav Pandey train Shroff to become a superhero or watch him dance to Kanika Kapoor’s ‘Baby Doll’. There are moments where audiences find themselves laughing uncontrollably.

Another positive factor about A Flying Jatt, is it’s music album. Yet again, this has been composed by Sachin-Jigar. It wouldn’t be wrong to say that it’s one of the best soundtracks of 2016. 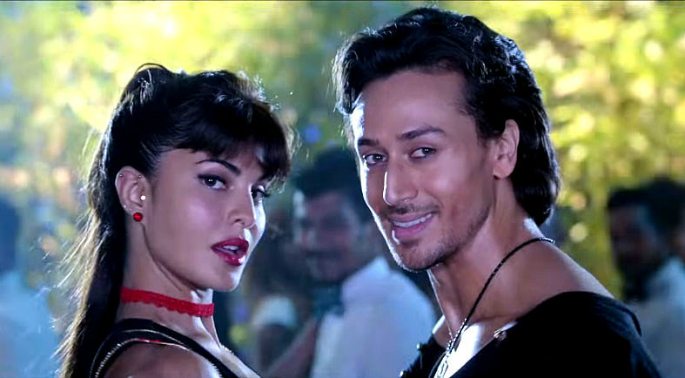 It’s no secret that ‘Beat Pe Booty’ is sensational, ‘Bhangda Pa’ is foot-tapping and ‘Toota Jo Kabhi Tara’ is heart-touching. But ‘Khair Mangda’ and ‘Raj Karega Khalsa’ are two tracks which stick with the audience after the credits roll.

Since this is a Remo D’Souza movie, one expects to see some jaw-dropping choreography.

Whilst the dance moves of ‘Beat Pe Booty’ are splendid, Kruti Mahesh impresses with her choreography in ‘Bhangda Pa’. The song combines the energy of Bhangra and the swag of Hip-Hop and this fusion works well! She also does a good job for ‘Toota Jo Kabhi Tara’.

However, there are some glitches.

Firstly, the VFX are inconsistent and don’t seem to blend in with certain scenes. It becomes quite apparent that special effects are being used.

Next, the second-half drags since it focuses on pollution. Even though is a good angle for younger audiences, this is quite preachy for a mature audience. 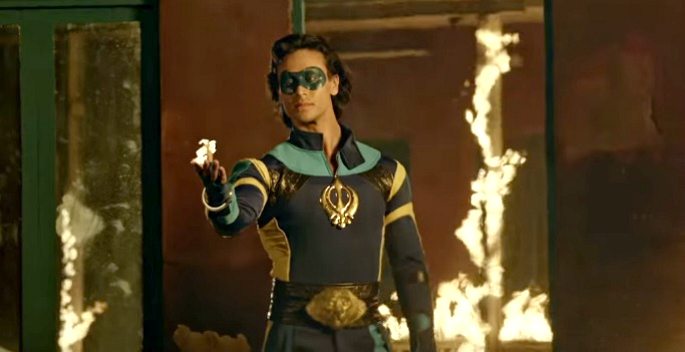 As such, during a fight-scene, a quote from Remo D’Souza appears on-screen and distracts the audience from the intensity. This is very odd.

But as the performances of the cast are decent, this uplifts the film to a certain extent!

Tiger Shroff is endearing as the Flying Jatt. He completely suits the role. There are moments where he compels you to laugh and there are scenes where he might bring a tear in your eye.

Since his performance in Baaghi, Shroff has shown improvement. But one thing is for certain, his ‘Heropanti’ is definitely Seeti Maar!

Comparatively, Jacqueline Fernandez is not provided with much scope to display her talent.

In films like Kick and Brothers, Jacqueline essayed a range of emotions and executed these characters with gusto. Sadly, Fernandez’s role is similar to Katrina Kaif’s in Dhoom: 3, which is unfair to both actresses!

For the role of Aman’s mother, there couldn’t have been a better actress than Amrita Singh. After her feisty and chirpy character in 2 States, her character ‘Bebe’ becomes the soul of AFJ. Singh is one of the best actresses in Indian cinema!

After a similar role in D’Souza’s ABCD, Kay Kay Menon (as Malhotra) exhibits a humane side to his nefarious role. Even during a scene where he plays cops and robbers with his daughter, there is a menacing undertone. Menon delivers another convincing performance.

Nathan Jones (of Mad Max: Fury Road) makes his Bollywood debut as the villain of AFJ and rightly so. His brawny physique and bloodthirsty facial expressions are ideal for a baddie like Rakka.

Despite its flaws, A Flying Jatt is an adequate family entertainer. Even though it’s preachy, the film clearly has good intentions.

As such, the LOL scenes, action quotients and foot-tapping tracks are sufficient for you to pass the full 156 minutes!

Anuj is a journalism graduate. His passion is in Film, Television, dancing, acting and presenting. His ambition is to become a movie critic and host his own talk show. His motto is: "Believe you can and you're halfway there."
Rav creates Mirror Glaze Cake in Great British Bake Off
It’s a Baby Girl! For Shahid Kapoor and Mira Rajput