Jackie Shroff and Tiger Shroff to star in Baaghi 3?

Numerous filmmakers have been trying to get father and son duo, Jackie and Tiger Shroff come together for a film. Is the wait finally over with Baaghi 3?

"The storyline required Jackie to be a part of the film"

The highly-anticipated duo, Tiger Shroff and Jackie Shroff will finally be seen together on-screen in the upcoming film Baaghi 3 (2020).

Tiger made his Bollywood debut in Sajid Nadiadwala’s Heropanti (2014). Ever since numerous filmmakers have been trying to bring together the father and son duo for a film.

It seems the wait is almost over as Sajid Nadiadwala is the man who has cast both Tiger and Jackie for his upcoming film.

In the third instalment to the Baaghi franchise, Jackie Shroff will be playing the father to both Tiger Shroff and Riteish Deshmukh.

According to a close source, Sajid pitched the idea of this on-screen union to Jackie who almost immediately approved. 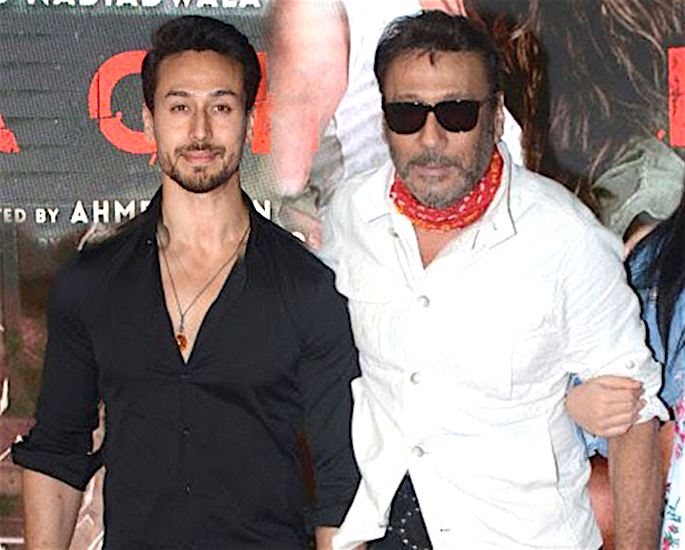 Jackie Shroff began shooting for the film on January 20, 2020, in Mumbai. The source said:

‘’It is a five-days schedule which ends on Friday. They are shooting on location in suburban Mumbai.’’

Sajid confirmed the news during an interaction with Mumbai Mirror. He said:

‘’Everyone has been waiting to see Tiger Shroff team up with his ‘hero’ father Jackie Shroff since we launched him.

‘’There have been plenty of speculations but no one has been able to bring them together in the last six years.

“The duo was categorical that they would only share the screen when a film and role merited their presence.”

‘’Ahmed (director) and I feel the storyline required Jackie to be a part of the film and our visions matched because it was a pivotal role.’’

The film also features Shraddha Kapoor and Ankita Lokhande as sisters, who took off to Mumbai in September 2019.

In November 2019, the Baaghi team kick-started a busy schedule in Serbia where they shot several action-packed sequences.

Tiger Shroff has successfully captivated audiences with the Baaghi franchise where he performs death-defying stunts.

In Baaghi 3, Tiger will be battling it out with three villains:

The source further added that Jackie Shroff will be seen essaying a police inspector role.

However, Sajid has continued to remain tight-lipped as he does not want to divulge too many details. He said:

‘’They father-son duo coming together will only add to the expectations from Baaghi 3. But I am confident no one will be disappointed by this double dose of the Shroffs. It will be a strong USP of the film.’’

Ayesha is an English graduate with an aesthetic eye. Her fascination lies in sports, fashion and beauty. Also, she does not shy away from controversial subjects. Her motto is: “no two days are the same, that is what makes life worth living.”
Does Disha Patani ‘Hate Herself’ on the Screen?
Varun Dhawan has a condition before Marrying Natasha?