Which Dish does Alia Bhatt cook for the First Time?

Actress Alia Bhatt is trying her hand at the art of cooking. She shared a cooking video of herself making South India style zucchini sabzi on YouTube.

“So in my mind, everything is baking.”

Talented actress and newbie to cooking, Alia Bhatt is busy cooking up a storm in the kitchen in her latest video shared on her YouTube Channel.

Alia is a self-proclaimed foodie and has candidly revealed that she gets “emotional” when her food is not cooked right.

In the segment called In Alia Bhatt’s Kitchen, the actress cooks dishes along with the help of her head chef Dilip Pandit and Carol.

In episode two of this segment, Alia made a sabzi (vegetable) dish for the first time. We get to see the star prepare, cook and plate the dish.

Her choice of vegetable was a zucchini (also known as a courgette), which is a superfood that is known to be rich in minerals, vitamins and antioxidants.

In the video, Alia revealed that she is a fan of healthy eating and regularly changes her diet because she “gets bored” of eating the same food.

The actress is certainly dedicated to working on her culinary skills and it seems she is learning on the job.

In a funny instance in the video, Alia Bhatt covers the pan for two minutes and asks Dilip if the zucchini is baking.

Upon realising her mistake, Alia bursts into a fit of laughter and says: “So in my mind, everything is baking.”

In another instance, while stirring the food, Alia jokingly said this is a “calm, beautiful and cultured daughter-in-law who makes zucchini sabzi at home.”

This prompted fans to question whether this was an indirect reference to her potential marriage with boyfriend Ranbir Kapoor.

The end product certainly looked delicious as the trio confirmed it was tasty after trying it.

Watch the Video of Alia cooking the Zucchini Sabzi here” 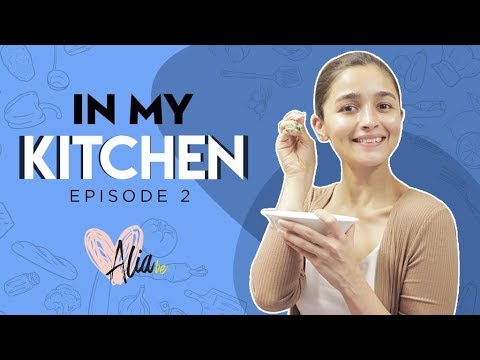 Ayesha is an English graduate with an aesthetic eye. Her fascination lies in sports, fashion and beauty. Also, she does not shy away from controversial subjects. Her motto is: “no two days are the same, that is what makes life worth living.”
Different Types of Halwa Recipes to Make at Home
Delicious Types of Barfi to Make at Home