The Lunchbox is a complete dish with Irrfan Khan

"The Lunchbbox is a standout film, a sumptuous treat that's sure to be relished by connoisseurs of cinema."

The Lunchbox, released on September 20, 2013 features one of the finest method actors of Indian cinema, Irrfan Khan, in a story that revolves around two of our favourite topics – Mumbai and mouth-watering Indian cuisine.

After Life of Pi (2012) and D-Day (2013), Irrfan Khan is seen as Saajan in this romantic independent Indian-German-French co production. He plays a soon to be retired accountant who is also a widower. His lonely and robotic lifestyle in the city changes when he mistakenly receives a tiffin box.

Somewhere in the same city is Ila (played by Nimrat Kaur) – a middle aged mother. She is often seen busy in her kitchen, listening to her neighbour, Mrs Desphande’s advice (voice by Bharati Achrekar) and cooking mouth watering Indian meals to win back her husband’s affection. 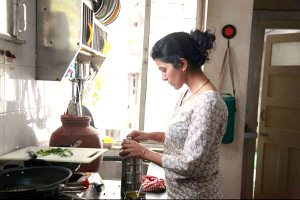 This soul satisfying meal is accidentally enjoyed by Saajan as the dabbas get mixed-up by the dabbwallas.

Ila realises the mix-up when her husband is back from work. However, the empty lunchbox makes her feel appreciated and she sends this stranger a note in the lunchbox.

A series of hand written notes in the lunch box get them interacting about their lives and we see the build up in excitement which is very similar to that of the Hollywood movie, You’ve Got Mail (1998).

Director Ritesh Batra has already been praised for beautifully capturing the loneliness and longing for companionship that these two different individuals in different circumstances, experience, within a busy populated metropolitan city.

The film depicts real-life Mumbai and still appeals to audiences despite it not being glamorised for international audiences. You cannot help feeling anything but nostalgic if you have ever been to Mumbai.

Speaking about the film, Irrfan says: “The film is a complete dish. It increases your hunger, both stomach’s and your heart’s. So it’s a complete meal.”

“The director’s style of telling the story is fresh and new. It inspires you to fall in love, something that people are forgetting these days. Love is becoming mechanical and need-oriented. The film reminds you of the real love that exists.”

Ritesh admitted: “The film has been liked so much because it is very local and India-specific and honest to the details about India. It’s so local that’s why it’s universal.”

Actress, Nimrat Kaur, also makes her Bollywood debut with this film: “The film slowly makes a place in your system. There is a huge space in the film for the audience to enter.

“There is a lovely sensation, which I felt when I saw the film for the second time because the first time I got completely lost in it. So it will appeal to anybody,” she says. 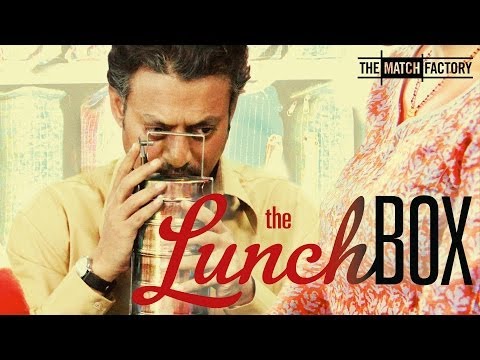 It was announced in the film’s music launch that the US distribution of the film has been picked by Sony Picture Classic who have been involved with some of the best and most successful independent films from the past two decades.

According to the movie’s producer, The Lunchbox is seen as a possible contender for nomination by Sony Picture Classic. The original music is by Max Richter and Henning Fuchs is the composer assistant.

The film has already received much global recognition. It first screened at the 2013 Cannes Film Festival as well as the Toronto Film Festival. It received a standing ovation, winning the Critics Week Viewers Choice Award at Cannes. 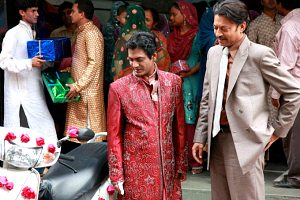 It also won the Best Film Award at the World Cinema Amsterdam Film Festival. Many now feel the film also deserves to be an Oscar contender.

The film has also got the support of well-known Indian film critic, Taran Adarsh, who tweeted: “Still thinking of The Lunchbox, which I watched yesterday evening. TERRIFIC. Easily one of the finest films to come out of India.”

He later said: “Debutant director Ritesh Batra does a magnificent job of encapsulating the interminable restlessness of a city that is constantly on the go. While doing so, he expertly gives voice to the fears that constantly plague the minds of individuals though the exchange of hand-written letters, besides infusing that certain soul, warmth and compassion in the narrative.

“On the whole, THE LUNCHBOX is a standout film, a sumptuous treat that’s sure to be relished by connoisseurs of cinema. A film with a big heart, it makes you realise that you can unearth contentment and pleasure even if you board the wrong train. Easily one of the finest films to come out of India.”

The movie is meant to make you feel content as your appetite for heart-warming cinema is satisfied. Even the trailer leaves you feeling hungry for some good Indian grub and soul-satisfying cinema. With all this to feel and see, The Lunchbox is on the definite watch list of many already.

After a short stunt on stage, Archana decided to spend some quality time with her family. Creativity accompanied with an aptitude to connect to others got her to write. Her self motto is: “Humour, humanity and love is what we all need.”
Naseeruddin Shah stars in Pakistani Zinda Bhaag
Phata Poster Nikhla Hero stars Shahid Kapoor