“When I read the script I said to myself I have to do this film. It’s a role of a lifetime.”

New Pakistani film, Zinda Bhaag is set to create waves across the film industry when it is released on September 20, 2013. Zinda Bhaag literally translates to ‘escaping alive’.

It is a story that involves a group of young men trying to find shortcuts to a life abroad, strongly focusing on illegal immigration. Themes include survival, love, money and drugs all in the everyday lives of men and women in Pakistan.

The film is directed by Meenu Gaur and Farjad Nabi, a Pak-Indo duo, and produced by Mazhar Zaidi. Speaking about the venture, Mazhar said:

“The film appeals to everybody across South Asia, and the storyline is such that people can relate to it anywhere… it’s a story that happens everywhere.” 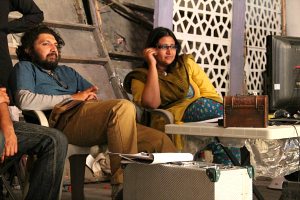 Naseeruddin Shah plays the role of Puhlwan, a central character in the movie. Puhlwan is an intermediary who expedites illegal immigration. Many people who watched the premiere described him as the perfect Punjabi thug.

Shah has been in love with the film since he first read the script: “When I read the script I said to myself I have to do this film. It’s a role of a lifetime.”

Bollywood legend Shah is not new to Pakistani cinema. His first film in Pakistan was Shoaib Mansoor’s Khuda ke Liye (2007), which went on to become a massive hit at the box office.

For his second film, the actor had even conducted a workshop for his fellow cast before the film shooting began. Alongside Shah will be some fresh face including, Amna Ilyas, Khurram Patras, Salman Ahmed Khan and Zohiab.

Music for the film is not far from spectacular with a star-studded line up featuring Sahir Ali Bagga, Rahat Fateh Ali Khan, Abrar ul Haq, Arif Lohar and Amanat Ali. 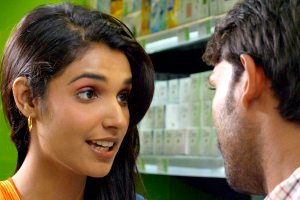 Sahir Ali Bagga composed the album for Zinda Bhaag, compiled of seven songs. One of the best songs on the album is ‘Pata Yaar Da’. A qawwal, it is a soothing tender song sung by the musical legend Rahat Fateh Ali Khan.

The rest of the songs are a testament to Punjabi poetry, with metaphors in the lyrics that will leave the listener with goosebumps.

One particular song close to many Pakistani’s hearts, is called ‘Pani da Bulbula’. A classic song originally sung by Yaqub Atif Bulbula, it became massive hit amongst the youth in the 1960’s when it was used in dramas.

Director Farjad Nabi says: “We’ve been listening to ‘Pani de Bulbula’ since childhood and it never leaves your mind. Theres another special connection to it through our dear friend Arif Waqar. When Arif Sahib was a producer for PTV in the 70’s it was him who gave Yaqub Atif his big break and the song was a runaway success on PTV.”

A delight for music and poetry lovers, this album really matches the themes in Zinda Bhaag.

The World premiere of Zinda Bhaag was held at Canada’s largest South Asian festival. Visited by over 70,000 people each year, the Mosaic MISAFF 2013 was jam-packed with cine-lovers.

The Grand Empire Cinema, Mississauga, Toronto was completely packed, with tickets selling out in record time. Zinda Bhaag was the first choice amongst hundreds of films to be the opening night film at the prestigious film festival. The film won an impressive four awards in Canada. It beat the likes of Mira Nair’s The Reluctant Fundamentalist (2012) for Best Film. The film also won the award for Best Music.

The Mosaic MIFF jury announced: “For the film that entertained and saddened us, for its music, art direction and overall innovation in storytelling, the best film award goes to Zinda Bhaag.”

“I just want to tell everyone that we have taken past in the making of history, because the film we have just witnessed shall be given credit for changing the course of Pakistani cinema.”

After hearing the response from the festival, producer Mazhar Zaidi said:

“The reaction of the audience has been incredible. The entire hall was responding to each and every dialogue of the film. It’s an experience every filmmaker dreams of.”

It is no wonder then, that the film has also been put forward for an Oscar consideration. The Pakistani Academy Selection Committee chose Zinda Bhaag as its first entry in over 50 years for Best Foreign Language Film Awards at the 86th Academy Awards:

“Zinda Bhaag took a risk in telling a different kind of story and did it in a very innovative way. It also stayed true to its content and approach and that I feel is a very welcome contribution to the revival of cinema in Pakistan,” said Mehreen Jabbar, a member of the Committee.

Also on the committee, Mohsin Hamid, added: “Zinda Bhaag is funny, natural, hip, and casually audacious – A real step forward for contemporary Pakistani cinema and a pleasure to watch.”

Chairman, Sharmeen Obaid Chinoy said: “Pakistan will finally have a film in contention this year at the Academy Awards and I feel proud that today we are taking a small step towards recognizing our own filmmakers.”

Zinda Bhaag has been considered alongside three other Pakistani films released this year, Chambeli, Josh and Lamha (Seedlings).

Well received by the audiences so far, Zinda Bhaag is a bilingual film, combining Punjabi and Urdu. The film will be hitting new levels of popularity at the box office.

The film really is set to make history in the Pakistani film industry. After setbacks and delays, Zinda Bhaag will finally see release on September 20, 2013.

Yasmeen is an aspiring fashion designer. Aside from writing and fashion she enjoys travel, culture, reading and drawing. Her motto is: "Everything has beauty."
Kapoor Khandan all set for Besharam
The Lunchbox is a complete dish with Irrfan Khan