Over the years, trolls have suggested that Tiger looks feminine and some even compared him to Kareena Kapoor.

The trolling for his looks and acting began shortly after Tiger’s Bollywood debut.

His first film was Heropanti (2014), playing the character of Bablesh ‘Bablu’ Sinh.

Jackie addressing the comments came to his son’s defence:

“About this whole macho-macho comparison, he is young. He is still growing. He is a cub for God’s sake and he is getting there.

“Also, I am glad that he does not look like what people expect him to. Did people expect Tiger to be born with a beard because he is my son? Being compared to Kareena!”

“And you should see his replies to those comparisons and memes. He was cool with it. He knows his action well so he knew when he fought on-screen or danced, he looked like a Tiger.

“It’s tough for a guy to dance well when he is good at action. But he does both well.” 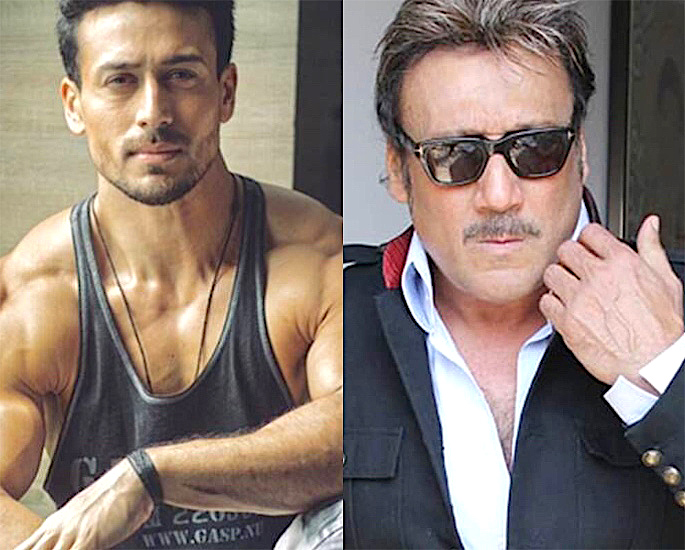 Tiger also directly addressed the criticism he received in the early stages of his career:

“Before the release also, I used to be trolled a lot for my looks. People used to say, ‘Is he a hero or a heroine? He doesn’t look like Jackie dada’s son at all.’

“It was a deliberate move to play to my strengths.”

In an interview with Times of India, Jackie Shroff also mentioned how Tiger had to negate any potential nepotism:

“We hear of nepotism in Bollywood, that star kids become actors because of their parents. That’s a bigger challenge for them.

“Tiger had the burden of expectations from my 220 movies on his shoulders. He had to get out of his dad’s shadow.”

Jackie made a comparison of his acting career with Tiger’s, further adding:

“His father is an actor so there will be constant comparisons. My father was an astrologer so people had no expectations from me. Of course, it wasn’t easy for me either.

“In the 80s we had Bachchan Sahab, Vinod Khanna, Dharmendra so I was lucky that I was even accepted and I hit the jackpot right in my first film Hero. Every generation has its own challenges.”

Tiger will next be seen in Heropanti 2 and Ganapath. Meanwhile, his father Jackie Shroff was last seen in Radhe (2021) alongside Salman Khan.

Ravinder is currently studying BA Hons in Journalism. She has a strong passion for all things fashion, beauty, and lifestyle. She also likes to watch films, read books and travel.
Sherlyn Chopra calls out ‘Didi’ Shilpa Shetty
Why #BoycottShahRukhKhan is Trending