“Shahrukh Khan has to be boycotted."

The hashtag #BoycottShahRukhKhan began trending on social media after the release of unofficial material and information for Shah Rukh Khan’s upcoming film, Pathan.

While the subject matter of the action film is unknown, the movie’s title has already drawn criticism online.

Pathan refers to Indians of Pashtun ethnicity, historically from the Pashtunistan region, which straddles Afghanistan and Pakistan.

The hashtag was instantly trending on Thursday, September 16, 2021.

One person was alluding to the insulting nature of the film:

“Every time Bollywood make movie against our Indian culture and insult Indian culture? All these should be boycotted. #BoycottShahRukhKhan”

Someone else echoed a similar sentiment, but was even more critical:

“I mean its spy action movie so why dont they give him hindu name, Why praising pathan in india.”

Another person added that the boycott is justified: 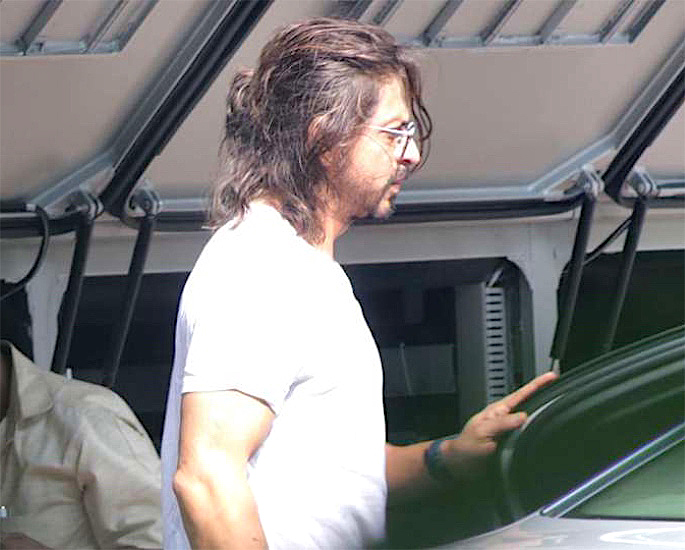 One of the most shared so far has been an image of the Bollywood star meeting the Pakistan Prime Minister, Imran Khan.

However, a second hashtag, #WeLoveShahRukhKhan, soon overtook the boycotting attempt instead.

Using it and the words, SRK PRIDE OF INDIA, people highlighted the actor’s international achievements throughout the years. One user tweeted:

“Shahrukh Khan became the first Indian actor to be given the rare honour of signing the guest book at Berlin’s Town Hall in 2010. #WeLoveShahRukhKhan. SRK PRIDE OF INDIA.”

Another asked a question and presented a fact in support of SRK:

“Did you know? Shah Rukh Khan is the only actor in the world whose name is printed on a gold coin in France museum. #WeLoveShahRukhKhan. SRK PRIDE OF INDIA.”

The Bollywood star himself has remained quiet on the subject, simply sharing some of his promotional content instead.

The last movie of Shah Rukh Khan was the rom-com Zero in 2018 where he played a short man named Bauua who falls in love with Aafia, a scientist with cerebral palsy.

He later breaks up with her until learning something life-changing.

Pathan, which also stars John Abraham and Deepika Padukone in leading roles, has been directed by Siddharth Anand under the Yash Raj Chopra banner.

While the exact date hasn’t been confirmed, Pathan will be released around Diwali time in October 2021. It will be interesting to see what the public reaction is when the film releases.

Naina is a journalist interested in Scottish Asian news. She enjoys reading, karate and independent cinema. Her motto is "Live like others don't so you can live like others won't."
Jackie Shroff defends son Tiger against Trolls
Janhvi Kapoor parties with rumoured ex Aksant Rajan