Does Disha Patani ‘Hate Herself’ on the Screen?

Disha Patani is known for her splendid performances on-screen and her sensational social media presence, but the star revealed she “hates” watching herself.

"I hate myself. I find my voice irritating"

Bollywood actress Disha Patani has captivated audiences with her amazing on-screen presence but has revealed that she hates watching herself on the big screen.

This shocking revelation has certainly stunned her fans. The actress regularly creates a storm on social media with her sizzling posts.

Disha has stunned fans with her amazing looks in films like Baaghi (2018) alongside Tiger Shroff and the hit song ‘Slow Motion’ from the film, Bharat (2019) opposite Salman Khan.

Recently, the actress looked sensuous in the trailer to her upcoming film Malang (2020).

In a recent interview, Disha Patani candidly spoke about her on-screen presence. Disha disclosed that she dislikes seeing herself on the silver screen because she finds herself annoying”

‘’I don’t like watching myself on the screen, I hate myself. I find my voice irritating and my face looks like … I don’t know I’m just shy.’’

This revelation came as a surprise to Disha’s fans who are accustomed to seeing the star as a strong social media presence. 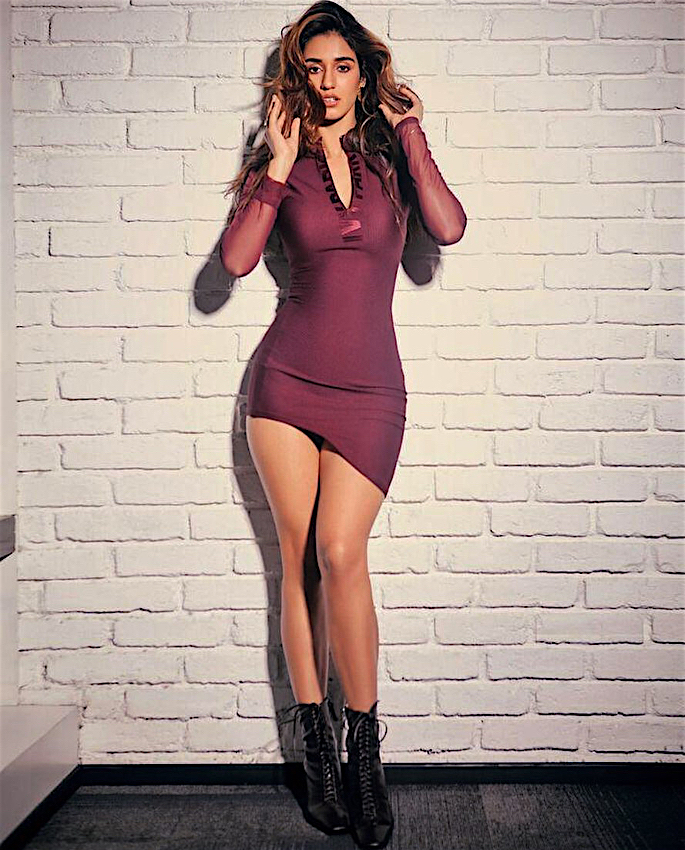 Disha Patani further added how she is shy in real life and prefers not to attend many parties;

‘’I’m very shy. I might not come across that way because of my social media but I’m very shy I get awkward in public places.

Disha went on to state that she does not like to attend big Bollywood parties as she would rather stay at home:

‘’I like staying at my house, do gymnastics and my dancing.”

“Sometimes you just have to attend certain parties then I go but for enjoyment purposes, I do not. ‘’

Disha continued to mention that she does not drink and the food is distasteful so does not know what to do at parties. She jokingly said:

‘’I don’t go to parties as I don’t even drink so I don’t know what to do at Bollywood parties. They don’t even have good food and normally there are only drinks.’’

The trailer to Disha Patani’s upcoming thriller film Malang (2020) has garnered good reviews from audiences. Malang is set to hit the silver screen on February 7, 2020.

Despite Disha, who hates watching herself, her fans are eager to see her grace the screen once again.

SRK’s ‘Ask me anything’ creates a Storm on Twitter
Jackie Shroff and Tiger Shroff to star in Baaghi 3?