Disha Patani is a fan of work by Ekta Kapoor. She loves her “bold and unique content choices”. Will Disha appear in KTina? Let’s find out.

Actress Disha Patani is set to star in Ekta Kapoor’s KTina, playing the role of a small-town Punjabi girl.

The character of Tina (Disha Patani) is about a superstitious girl who changes her name to KTina upon instructrions from her astrologer.

Ekta Kapoor went to her Instagram to share the first look of Patani’s character. She captioned the picture saying:

“KTINA ka sab ko ‘JAI MATA DI’! (she used to be TINA ab KTINA as K suits her … her Astro said) but yaaaar who wears so many rings???? @dishapatani as never before.”

Soon after Ekta posted the picture of Disha, fans were quick to notice the resemblance with Ekta herself.

Many questioned whether the film would be the biopic of Ekta.

Shooting for the film is already underway. Patani has begun preparing for her role. She has been taking linguistic lessons to ace the Punjabi dialect and accent.

The dedication of Patani has resulted in spending numerous hours every day studying Punjabi. 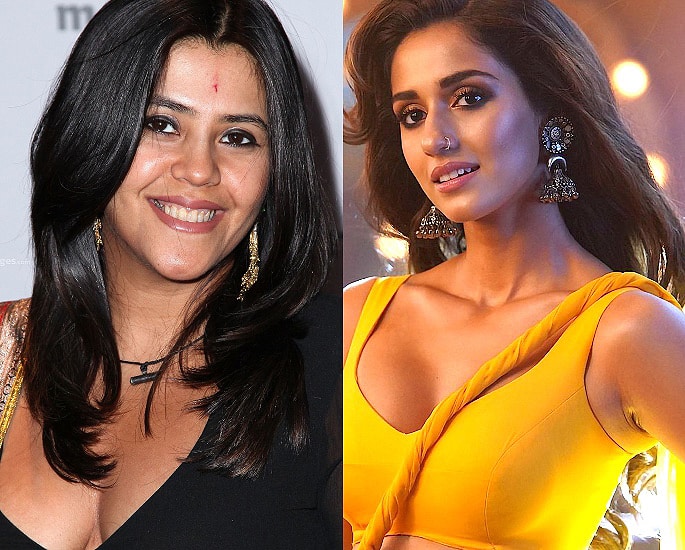 A source close to Patani reveals how the actress is a fan of Ekta’s work:

“Disha is indeed a fan of Ekta Kapoor’s bold and unique content choices.

“The diva thoroughly admires Ekta’s zeal and passion to step beyond her comfort zone and try her hand at something new each time.”

The source continues to state:

The actress is set to appear in Mohit Suri’s Malang (2020) alongside Aditya Roy Kapur, Anil Kapoor and Kunal Khemu in the leading roles.

The quirky story of a man who impersonates a female voice and becomes a dream girl was a unique concept.

Dream Girl was written by Raaj Shaandilyaa and co-produced by Ekta Kapoor and Shobha Kapoor.

KTina will once again unite Raaj Shaandilyaa and Ekta Kapoor who will be working together.

Written by Raaj Shaandilyaa, directed by Ashima Chibber and produced by Ekta, KTina is expecting to encapsulate audiences.

As of yet, there has been no confirmation whether the film will, in fact, be a biopic of Ekta Kapoor’s life.

We continue to wait for more news to circulate regarding this matter .