Ekta Kapoor has responded to the pressure of the persistent question being asked of her to get married after becoming a mother of a surrogate child.

"I feel marriage should not be a validation for women"

When it comes to Indian television, one person immediately comes to mind. Ekta Kapoor. A hugely successful name who has been behind hit shows like Kyunki Saas Bhi Kabhi Bahu Thi, Naagin and Kasauti Zindagii Kay.

However, when it comes to her personal life, she had made her decisions which she feels most comfortable with.

Ekta welcomed a baby boy, Ravie Kapoor, in her life via surrogacy earlier in 2019. After having her son, Ekta said:

“Everything in life doesn’t go the way you want it to but there are always solutions to those hiccups.

“I found mine and today I feel immensely blessed to become a parent.

“It is an emotional moment for me, and my family and I can’t wait to begin this new journey of being a mother to my little bundle of joy, Ravie Kapoor.”

But after her new of parenthood, there is no getting away from that dreaded question of ‘when is she going to get married?’ Which is something that she has now spoken about due to its persistence, especially at weddings she attends.

People want to know when is she going to ‘settle down’, however, marriage is definitely something not in her plans as it stands.

“Well, it does not matter how successful I get… people still ask me about marriage.

“I feel marriage should not be a validation for women. It is something you have to fight yourself.

“My mother and I have had the discussion like a million times.

“I have told my mother to not pay heed to what all the relatives say or think about me.” 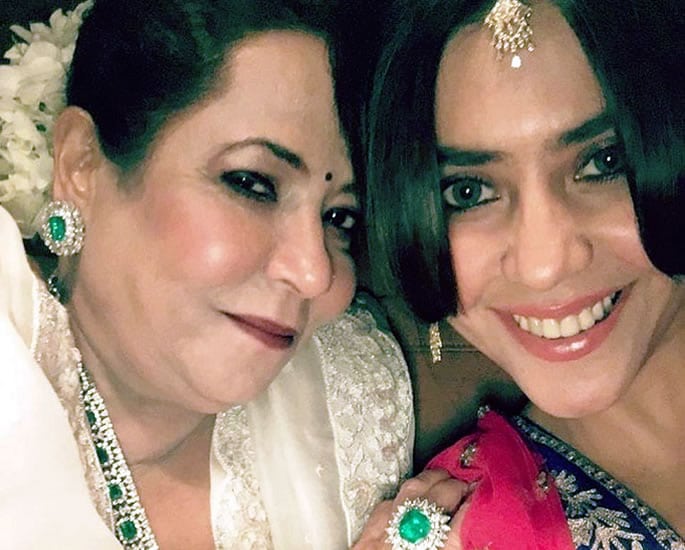 Ekta is known for her backing of films with strong and powerful female leads, which reflects her own outlook too on life. Not bowing down to the expected norms.

She is producing a number of films, web shows and TV series which have huge followings. But to relatives, family and other’s close to her the success in her profession is not what people gauge her success in life as.

Many want to see her married but Ekta is not amused with how people get pushy with her at weddings and functions. She elaborates:

“I used to just put them in their place much to my mom’s horror and she would tell me not to be rude.

“But I told her that if people ask me stupid questions, I shall give them stupid answers.

“My mom used to get scared to take me to these places.”

Ekta’s mother has now come to terms with her daughter outlook. Especially, after seeing what has happened to married daughters of friends.

“What used to be pressure has now become liberating. Her (Ekta’s mother’s) friends’ married daughters had problems back home.

“One day she said it was great that I didn’t go that path.

“So, it has fallen into place.”

It’s reported that Ekta purchased a new house after entering motherhood with Ravie. On her Instagram, she shared a video, with the caption, “New home! New gym”.

Workwise, Ekta Kapoor is working on projects which we know will not be impacted by more marriage pressures, for now at least.

Amit enjoys creative challenges and uses writing as a tool for revelation. He has major interest in news, current affairs, trends and cinema. He likes the quote: "Nothing in fine print is ever good news."
Kalank smashes Box Office as Highest Opener of 2019
Is This the Reason Why Salman Khan is Not Married?