On a talk show, Kareena Kapoor Khan finally broke her silence after being questioned about the salary given to the nanny taking care of her son Taimur.

"There is no price for anything as long as your child is happy and safe."

Kareena Kapoor Khan has broken her silence when asked a question about what is being to paid to the nanny who looks after her son Taimur Ali Khan.

Kareena, one of the most well-known actresses in Bollywood is always in the headlines.

Media coverage is the same for her two-year-old son Taimur, who is one of the most popular child stars He has taken the internet by storm and fans cannot get enough of him.

They want to know every little detail, including the salary of his nanny.

Kareena did not exactly reveal the salary amount on Arbaaz Khan’s digital talk show, Pinch by Arbaaz Khan. However, during their interaction, actor and host Arbaaz said:

“Your nanny apparently draws a salary more than some people in the ministry do.”

The sudden question shocked Kareena but she replied:

“Accha, really. How do they know? But that should be addressed by the ministry.” 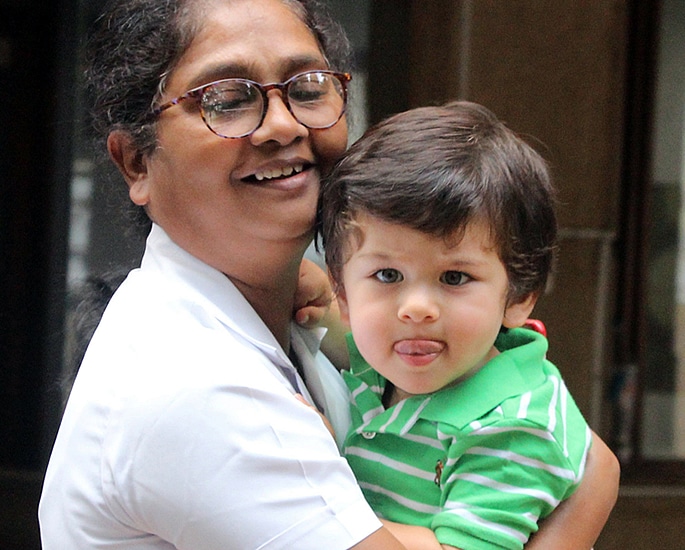 Kareen then stated that there is no price for Taimur’s safety, as she added:

“The idea is that the child should be happy and in safe hands.”

Her answer may not have provided a clear response to the salary of Taimur’s carer, but she explained that her child’s safety is her priority.

In other words whatever price ensures Taimur’s safety is what she will pay. The salary may be a lot, but who knows?

During the show, Kareena also read a mean comment that was targeted at her and husband Saif Ali Khan on social media. The comment read:

“Go to hell Saif Ali Khan. You not a shame to let your wife wearing bikini.”

Kareena swiftly shut down the hater and said:

“I don’t think so at all. I think we share a very responsible relationship.

“He trusts me and whether I am wearing a bikini then obviously there’s a reason I am wearing it. I am taking a dip.”

For now, Taimur’s happiness and safety is the number one thing for Kareena regardless of what, she pays the nanny to look after him.

Dhiren is a journalism graduate with a passion for gaming, watching films and sports. He also enjoys cooking from time to time. His motto is to “Live life one day at a time.”
Deepika Padukone unveils her Wax Statue in London
Aamir Khan to Star in Bollywood remake of Forrest Gump