“I’d rather spend time with Taimur and my family than do almost anything now."

The couple welcomed Taimur into the world in 2016. And ever since then, Taimur has been their number one responsibility.

Although the couple are both busy with work, they ensure that they equally split the responsibility of looking after Taimur.

As Kareena was doing a shoot recently, and Saif was promoting the film Baazaar, Saif (2018) took his son with him.

Ever since Taimur has been born, he has become a viral sensation. His interactions with the media have gone viral.

The tiny tot can often be seen greeting the paparazzi and waving at them.

“It is possible, and we hope that he’s going to grow up fine. We’re very conscious about it,” the actor continued.

Saif and Kareena married in 2012 and celebrated their 6-year wedding anniversary. 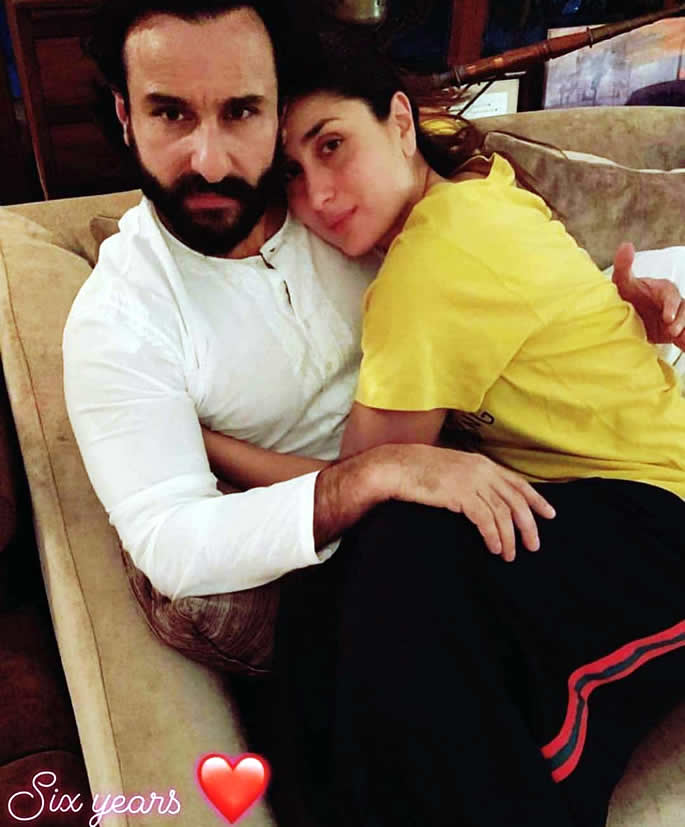 In an interview with Pinkvilla, Saif told of his and Kareena’s anniversary plans. The Cocktail (2012) star revealed: “We’re not under pressure to do anything spectacular.

A nice dinner where we exchange gifts and spend some time with Taimur and that’s it. Mainly because we both are trying to be healthy.”

Saif also spoke about how his and Kareena’s lives have changed since Taimur was born, he told Pinkvilla:

“We’ve had a lot of fun as a couple alone. Now, with Taimur in our lives, it’s a little different but more special and we’re certainly ready for it.

“I’d rather spend time with Taimur and my family than do almost anything now. That’s a change. Just watching him run around gives us so much joy. It’s nice to see us both in him.” 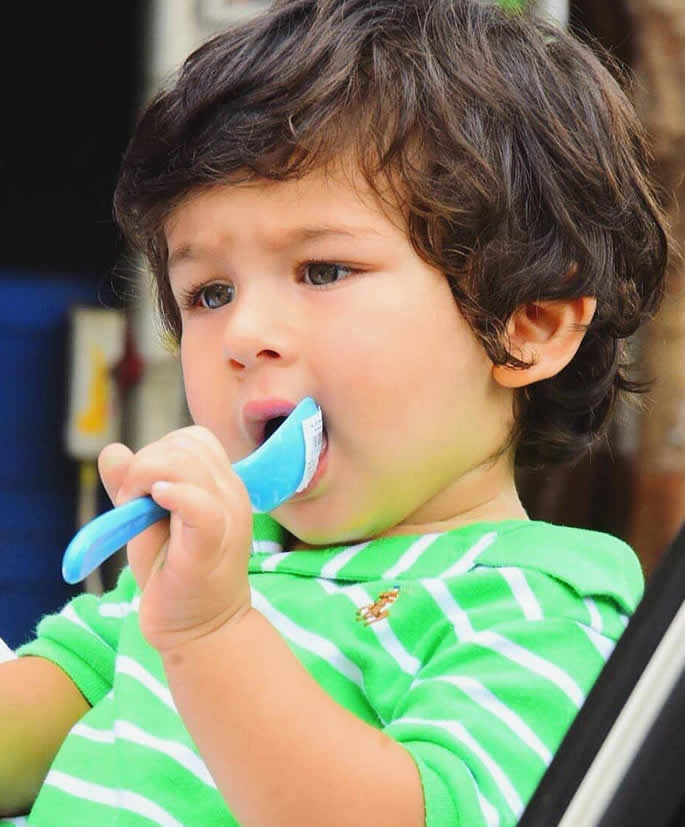 Saif is also father to Ibraham Ali Khan and Sara Ali Khan from a previous marriage to actress Amrita Singh.

Sara is set to join Bollywood with Rohit Shetty’s Simmba. She is co-starring with Ranveer Singh in the film, releasing in 2018.

The star couple also affectionately known as ‘Saifeena’ are set to be much busier in 2019 with new movie releases.

Saif is gearing up for the release of business crime drama film Baazaar (2018), which also stars debutant Rohan Mehra, as well as Radhika Apte and Chitrangada Singh.

He also recently announced that he will be starring alongside Ajay Devgn as the anti-hero in period drama Taanaji: The Unsung Hero which will be releasing in 2019.

Meanwhile, Kareena will be starring in Good News (2019) alongside Akshay Kumar, Diljit Dosanjh and Kiara Advani.

The actress will also star in the Karan Johar directorial Takht, which features an ensemble cast alongside Kareena.

Saif Ali Khan and Kareena Kapoor will be busy with the shooting of their next films, but no doubt little Taimur Ali Khan will continue to be their number one responsibility.

Hamaiz is an English Language and Journalism graduate. He likes to travel, watch films and read books. His life motto is “What you seek is seeking you”.
Loveyatri is Winning Hearts during Navratri 2018
Elnaaz Norouzi shares Details of Sexual Harassment by Vipul Shah