10 Photos of Taimur Ali Khan that are Totally Cute

Taimur Ali Khan is one of the most popular kids in Bollywood! Let’s take a look at 10 images of the cute son of Kareena Kapoor and Saif Ali Khan.

This little guy looks set to become one of the coolest kids in Bollywood!

Ever since his birth in December 2016, Taimur Ali Khan has turned into one of Bollywood’s newest stars. Quite a feat for a young toddler, but fans have turned each image of the little boy into viral hits!

The son of acting couple, Kareena Kapoor Khan and Saif Ali Khan, has become famous for his adorable snapshots, showing off his cute looks.

From wearing a white kurta to spending time with his nanny, everyone wants to see more photos of Taimur Ali Khan.

Let’s take a look, then, at 10 adorable photos of Taimur Ali Khan that are totally cute! 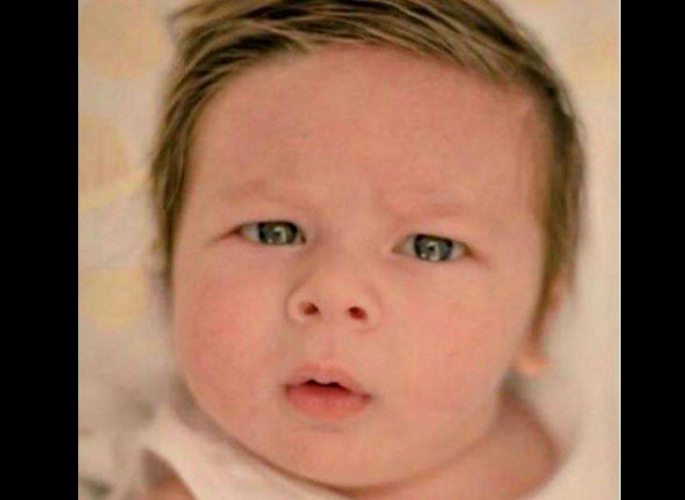 One of the first images released of baby Taimur Ali Khan. Gazing into the camera with his adorable eyes, fans knew then he would grow into a handsome little boy.

Back in those first few months, Taimur sported light brown hair. As his hair has naturally darkened, his cuteness has increased!

At the time of his birth, parents Kareena and Saif appeared over the moon with their bundle of joy. And with his adorable looks, fans had already begun speculating on who Tamiur would resemble the most. A debate still ongoing!

Adorable in a Cap 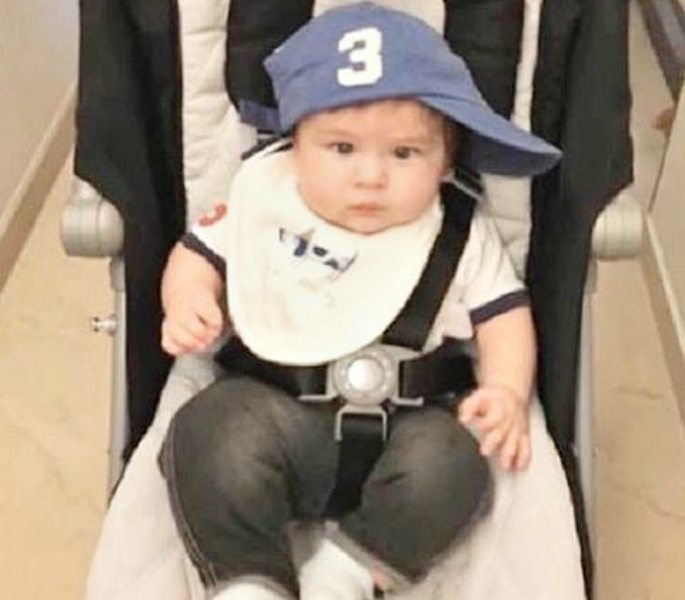 In this image, Taimur appears fun and cute as he wears a sports cap on his head. Turned sideways, the little toddler manages to create a cool look.

Relaxing in a pram, the baby star also wears a white tee-shirt with jeans and white socks. Along with an adorable bib, this little guy looks set to become one of the coolest kids in Bollywood!

As the image first surfaced on the internet, it quickly grew popular as fans went crazy over Taimur’s look. And we can see why. Cute and delightful, Taimur Ali Khan will undoubtedly create amazing, stylish looks as he grows older.

Peeking over the Shoulder 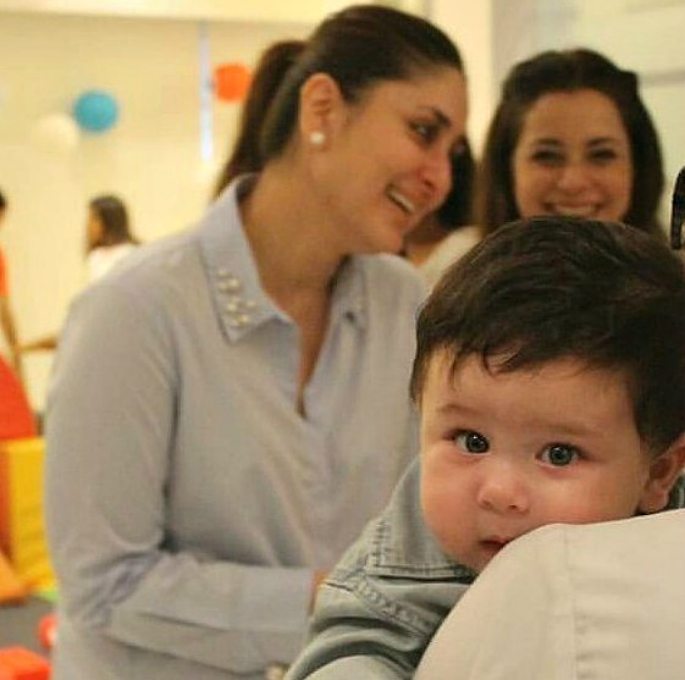 Attending Laksshya Kapoor’s birthday party, Taimur looked an utter dream in this image. Held by a family friend, Taimur peeks over their shoulder to the camera.

It seems both Taimur and his mother Kareena enjoyed the celebrations. She appears in the background, smiling and laughing with friends.

We can see quite a lot of Saif Ali Khan in baby Taimur after looking at this photo. With his smart hair and gorgeous eyes, the toddler may take after the Pataudi lineage, of which his father hails from. 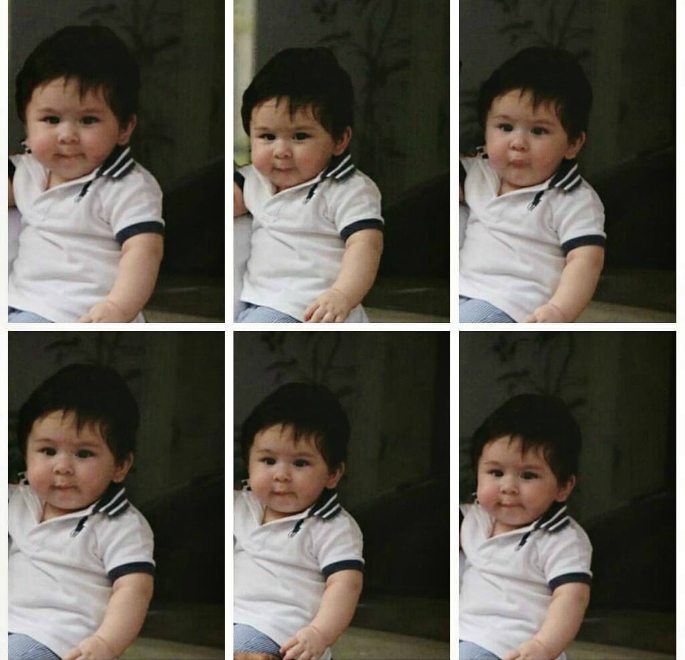 This time, let’s take a look at a whole collage featuring the little Bollywood star himself!

Showing off his catalogue of funny, adorable poses, Taimur looks angelic in this casual attire. He wore a white shirt, with blue panelling, along with striped trousers.

In addition, fans went crazy over the toddler’s chubby cheeks and ruffle of dark hair. Proving to become a “cheeky little chap”, he has stolen all the hearts of Bollywood. 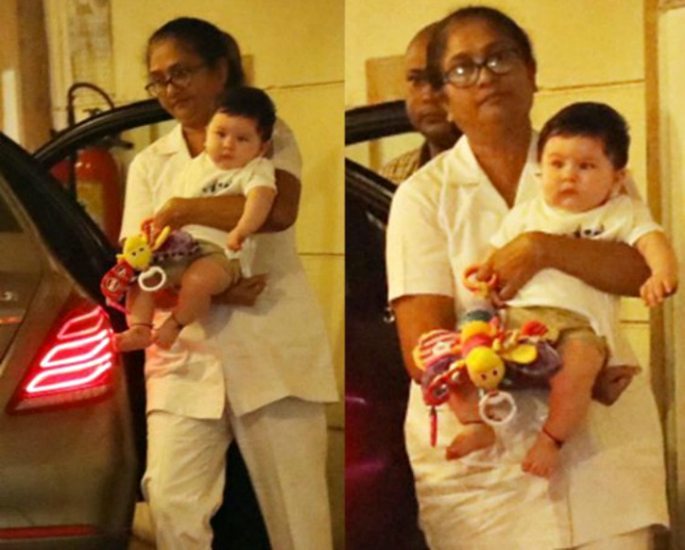 While Taimur has often been spotted with his mother Kareena, he also shares a close bond with his nanny. Recently, the paparazzi has seen him leaving a car as his nanny carries him.

The toddler wears a simple white shirt with brown shorts. As Taimur’s nanny holds his butterfly toy for him, the son of Kareena and Saif seems calm and tranquil despite the vast photographers.

Adorable in Blue and White 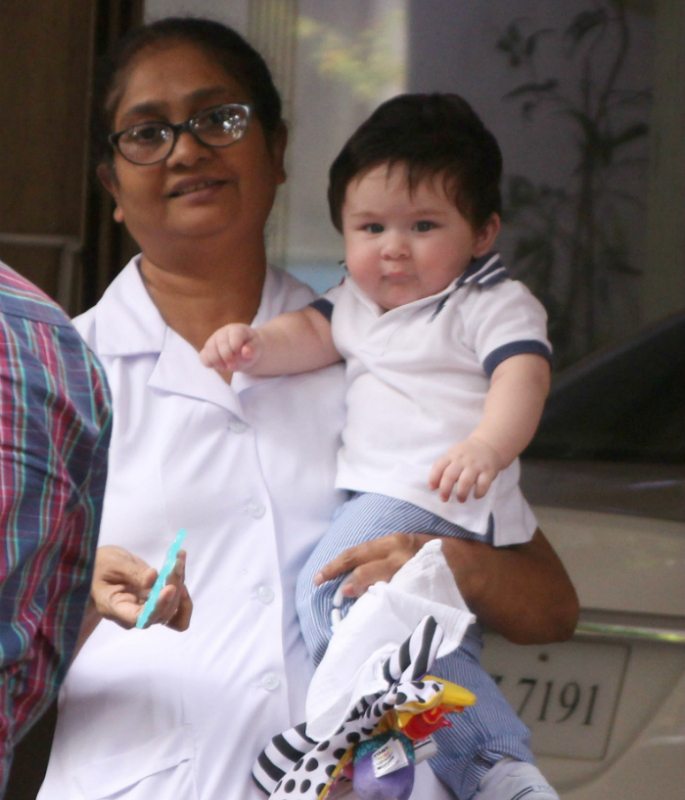 Another snapshot of the toddler with his nanny. Both appear to smile at the cameras; showing Taimur’s ease with the Indian paparazzi. We wonder if he will follow Aishwarya’s daughter Aaradhya and grow to feel very relaxed with the lights and cameras.

This image really highlights how Taimur has grown to become a handsome little boy. We’re sure Kareena and Saif feel so proud of the little star, who appears to now resemble both a mix of his mother and father.

Looking Cute on a Swing 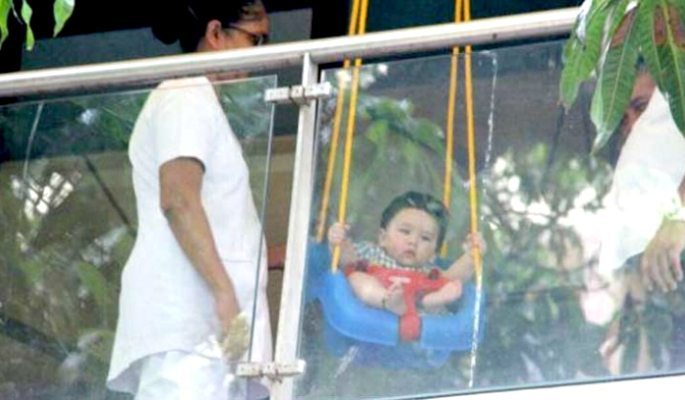 Taimur reveals his fun, playful side in this image. Taken at his father Saif’s Mumbai residence, the toddler appears to have fun while on a colourful swing.

Dressed in a green and white checkered shirt, the little boy looks quite smart. But with his mother hailing as one of Bollywood’s finest fashion icon, no wonder Taimur could follow suit. Perhaps as time goes on, the little toddler could even carve his own name as a top fashionista? 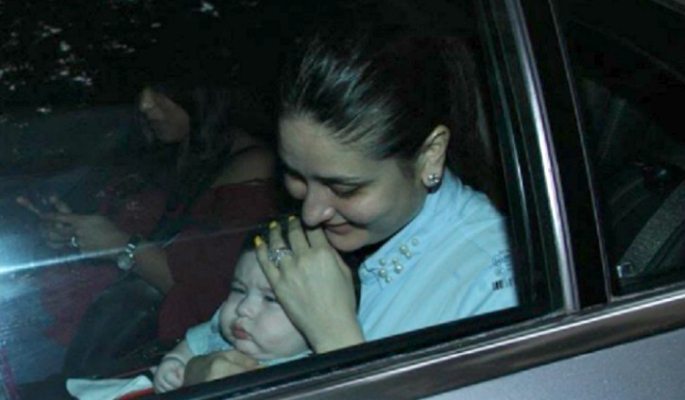 Another image from Laksshya Kapoor’s birthday bash. Arriving at the event with mother Kareena Kapoor, the two made headlines as the toddler appeared to ‘wave’ at paparazzi.

Both seated at the back of a car, we’re impressed with Kareena has dealt with motherhood. Gazing down at her firstborn son, she calms him by caressing his raven locks.

With a big, beaming smile, the actress has proven herself to hail as a devoted, caring mother. 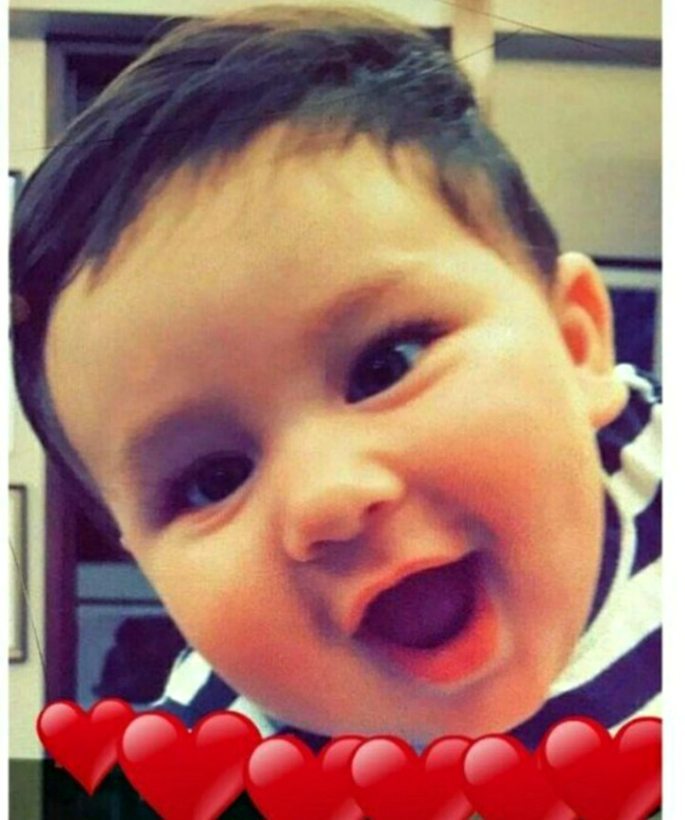 Look at this gorgeous boy with his huge, captivating smile. Taimur stolen hearts everywhere with this viral image. Wearing a black and white striped shirt, the leans over to the camera for this delightful pose.

With red hearts lining the bottom of the photo, it really highlights how Taimur has taken Bollywood by storm. In such an unexpected way.

Don’t you think little Taimur Ali Khan also looks very much like Kareena in this snapshot?

An Everlasting Mother and Son Bond 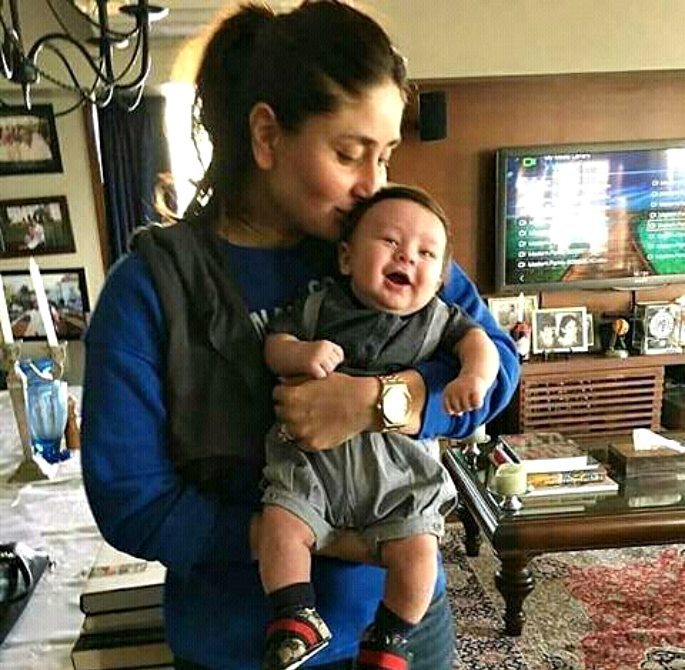 In this final, adorable image, let’s take another look at the close between Kareena and her cute son, Taimur Ali Khan.

With a delightfully cheeky smile, the little boy wears a dark shirt with grey dungarees. His mother holds him carefully as she places a sweet kiss on his forehead.

Ever since his birth, Kareena Kapoor has understandably continued to praise her little boy. Recently she described him as “most amazing and cutest child.” We can’t help but agree!

After glancing through these 10 pictures of baby Taimur Ali Khan, we feel as though our own hearts have been captured. With his beaming smiles, chubby cheeks and cool clothes, no wonder Taimur has become one of the biggest kids in Bollywood.

And as he only hits seven months of age, this means we will soon witness new pictures of the beautiful child.