“Turn that thing off!” is something Desi parents say to their kids who are gaming. But have you considered their reasons for their dislike?

some Desi parents have a reason to feel this way.

The popularity of gaming in Desi countries may come as a surprise given its popularity across the world.

As a result, gaming in these countries has been relatively under the radar.

Video games were not introduced in India until the 1990s and they remained a luxury item until the latter half of the 2000s.

But like the rest of the world, video gaming has taken off with sales peaking during the Covid-19 pandemic.

This is because many people have been forced to stay at home. As a result, they have to find alternative ways to keep themselves entertained.

During these uncertain times, millions of Desi players have turned to gaming for distraction, hope, and enjoyment.

Despite the positive relationship that players have with gaming, parents remain relatively hostile to the idea.

Gaming risks the Loss of Values 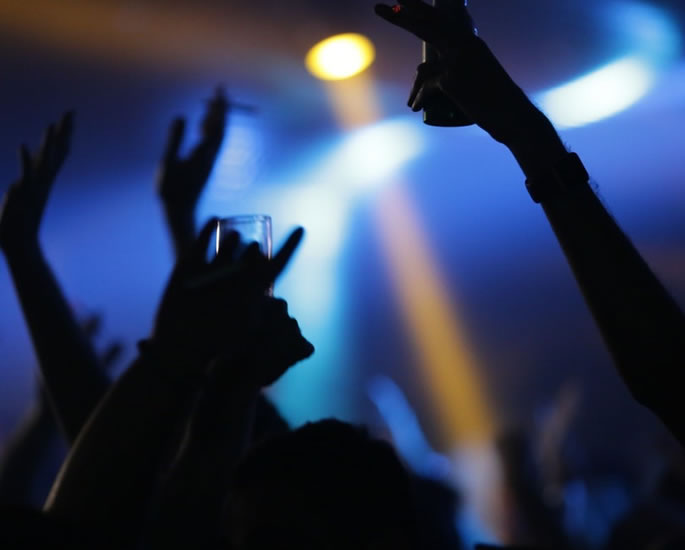 Gaming proves to be a form of escapism for many individuals, but this is particularly true for those who have strict parents.

Values such as hard work, discipline and responsibility are traits that are instilled in many children from an early age.

For some parents, anything that would jeopardise these values would be frowned upon.

Gaming is believed to be one of many ways these values could be put at risk alongside partying and drinking (essentially everything aside from studying).

However, in comparison to the others, gaming’s selling point is its accessibility and affordability. As a result, it has become a popular form of distraction.

While this escape would typically be positive, it comes with a parent’s fear that their child will establish beliefs that differ dramatically from their own.

Although many would argue that this is an irrational fear, some Desi parents have a reason to feel this way.

Children interact with a world where they make their own decisions.

And making all these choices can be liberating.

Impressionable kids, in particular, may identify values through video games that may differ from the opinions of their parents.

This might happen through conversations with other players, or simply when making small decisions throughout a game.

In some extreme cases, individuals can suffer from internet gaming disorder (IGD) where constant involvement with video games can lead to daily disruptions.

So, it’s fair to say video games provide individuals with a platform where they can express themselves in a way that is typically discouraged by Desi parents.

But while Desi parents have a right to worry about this, it could be that they themselves are indirectly the root of the issue.

Stereotypical Desi parenting styles may encourage children to rebel against their parents.

According to research, controlling parents who expect perfection from their children are more likely to experience power struggles and misbehaviour from them.

Thus, despite their intentions, their harsh parenting is only provoking their children to play the same video games they are told not to.

Gaming is not Productive 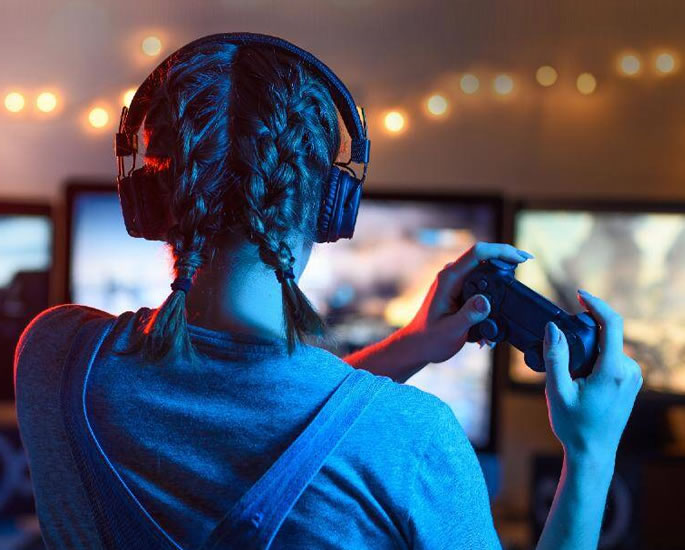 The reality is that Desi parents don’t necessarily have an issue with the amount of time their kids spend in front of a screen.

If the games were educational or recommended by a teacher or academic, parents would have no problem promoting them.

But once a child chooses it for themselves, that is where the problem starts.

For example, gaming is encouraged in children during early days but stopped once kids are “too old to still be playing games”.

It’s almost like the productivity of gaming has an expiry date.

But this is a misconception as video games stimulate the brain.

The nature of video games supports players’ drive to rise to challenges. And this trait is not confined to the virtual world as it transgresses into real-life situations.

Experts believe that the reason for this is that games require quick problem-solving skills.

Beyond educational productivity, players may develop their imagination and creativity as well expanding their social bubble.

It is also important to note that even if gaming wasn’t productive – rest, in itself, is!

Taking time off work to play video games can actually improve the quality of your job.

So, just because playing games is not the ‘norm’ of productivity, it does not mean that players aren’t learning anything. 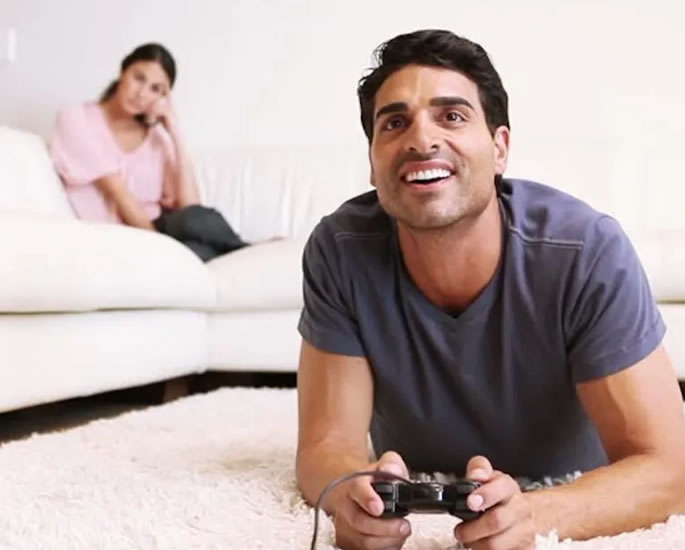 For some Desi parents, all they want to see is their child get married.

The image of a gamer depicts an individual who is immature, lazy and childish.

While this is a harmful stereotype, it is still prevalent in South Asian countries.

Collectively, these characteristics make someone unattractive because, conversely, hard work and motivation are often romanticised in a Desi household.

Thus, individuals who do not live up to that, or appear differently are often rejected.

A survey revealed that on average, children spend over 14 hours a week inside playing video games.

This would mean that players are not learning the social skills needed to survive in the real world.

In the context of marriage, this is problematic because people who are socially awkward may find it difficult to maintain a healthy relationship.

Communication problems will inevitably cause problems in a marriage and, in some extreme cases, divorce.

They found that a minimum of 200 applications had the word ‘Fortnite’ listed as a reason for divorce.

Obviously, this is something that no parent – let alone Desi parents – wants their child to experience, especially when divorce itself is such a taboo in South Asia.

You can’t get a Job 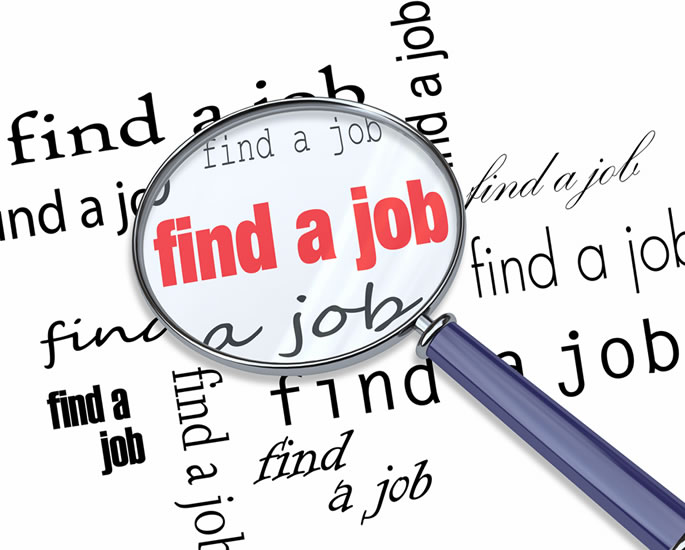 For some Desi parents, gaming is, quite literally, viewed as a childish activity.

Ultimately if you’re not a child, you shouldn’t be playing games.

This is due to the widespread misconception that gamers do nothing but play. No study, no work, no exercise, no socialisation, nothing.

If you explain that you’re a 30-year-old who spends the majority of his or her time playing video games, you should expect to receive judgemental stares.

Even if you clarify that gaming is just a hobby, your parents will see you through a different lens (and they won’t be rose-tinted).

For example, if you spend a healthy hour per day playing video games, this hour is exaggerated in the eyes of your parents.

They might plague your identity as someone who is unconcerned about their career and prefers to spend their time playing video games.

Their lack of knowledge about the industry also prompts them to believe that you can’t make a living out of gaming.

While competitive gaming is still growing, more effort is needed.

Pakistan’s Minister for Science and Technology, Fawad Hussain, recognised this and promised to expand opportunities for professional gamers.

“If you are interested in video games, get ready and new opportunities are waiting for you.”

Desi youngsters in particular are beginning to take advantage of this upcoming market.

Sumail Hassan is one of these successful youngsters with a net worth of $3.6 million.

But despite his success, he remains relatively unknown to older generations.

Desi parents may have a more positive outlook on gaming if there was more coverage on gaming success stories.

You will become a Criminal 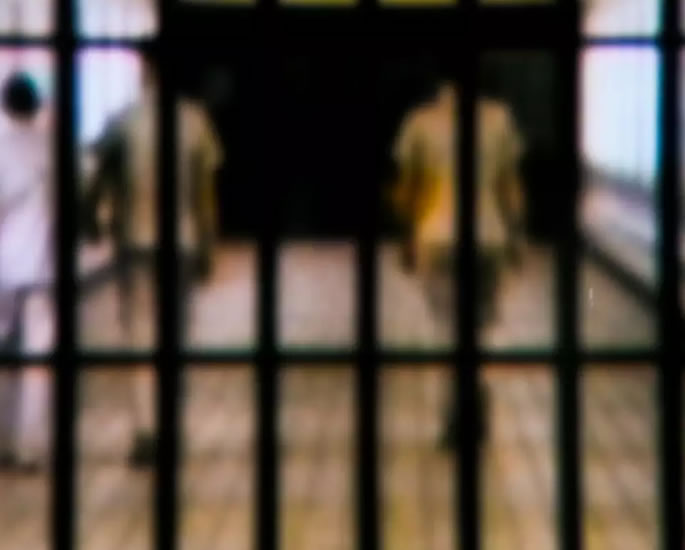 The phrases “you can’t get a job” and “you will become a criminal” go hand in hand but this is not to be taken literally.

The fear of your child becoming a criminal is a metaphor to express a parent’s concern for their child’s changing behaviour.

This is due to their concerns over shooting games, which involve violence in order to complete objectives.

For example, game modes such as ‘last team standing’ see teams shoot it out for the win.

This is a growing concern for some parents as shooting games are outperforming other genres.

In a recent survey, 73% of Indian parents said that their children prefer shooting games over others.

As a result, they are concerned that these games will encourage their child to develop bad habits.

In some cases, people have committed horrific crimes due to video games.

There have been instances of real-life shootings, with the perpetrator replicating video-game shooters.

For example, the El Paso gunman who killed 22 people in Walmart made references to Call of Duty.

Politicians have been concerned about the link between video games and real-world violence as a result of such examples.

Therefore, if politicians are worried, it’s only natural for parents to dislike video games too.

This is true not only for video games but also for card games, which are thought to encourage unhealthy behavioural patterns.

People are sceptical about this correlation because some countries, which have a larger gaming population, do not reach this level of violence.

However, it’s understandable for some Desi parents to be concerned about increased aggression in their children. 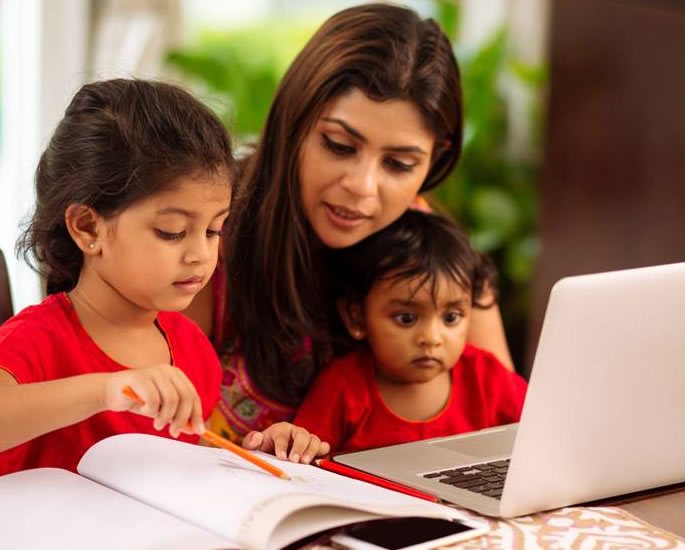 This is one reason that makes Desi parents unique from other parents.

It’s easy to forget that Desi parents did not have much technology in their days, especially since it’s so easily accessible now.

By the time gaming was introduced in India in the 1990s, our parents had already outgrown this age range.

Understanding this virtual world may be difficult for some parents but this difficulty can cause some problems.

Although entertainment has changed, like many places in South Asia, Desi parents have struggled to keep up.

Generational differences in South Asian countries tend to be greater as they are typically quite regressive than Western countries.

Changes in attitudes towards marriage, sex, relationships and work have been slower. This is the same for gaming.

In many households, respect for elders is expected and phrases like “listen to your parents, they know better” are frequently used.

This is a custom that Desi parents themselves inherited from their own parents.

So, when a child acts differently by refusing to quit gaming, there is plenty of room for misunderstanding.

Parents may blame the game for their child’s rebellious behaviour and, in turn, dislike games even more.

With the concept of video games still fresh for Desi parents, a change in this department may take a while to commence.

Until then, we should do our best to introduce them to the revolutionary world of gaming.

But it should be through understanding and communication, not through frustration and annoyance.

Anna is a full-time university student pursuing a degree in Journalism. She enjoys martial arts and painting, but above all, creating content that serves a purpose. Her life motto is: “All truths are easy to understand once they are discovered; the point is to discover them.”
ByteDance selling TikTok AI to Indian Companies despite Ban
TikTok’s new System will Instantly Remove Indecent Content