Odd or just plain ridiculous. Do these reasons really justify grounds for Indian divorce or are they just a mockery of marriage?

The reasons some people have given to justify divorce within the Indian communities can be very odd or strange at times.

More often than not, a couple will go their separate ways because it is legitimately practical and the best option for both.

Some people, however, have divorced for reasons which go way beyond anything normal and socially acceptable.

These only serve to highlight the fact that perhaps they just want out and any excuse will do.

Strange or not, these stories are true and may just verge on the edge of ridiculous.

Even more incredulous is that these couples are Indian where divorce is no laughing matter. Or is it? 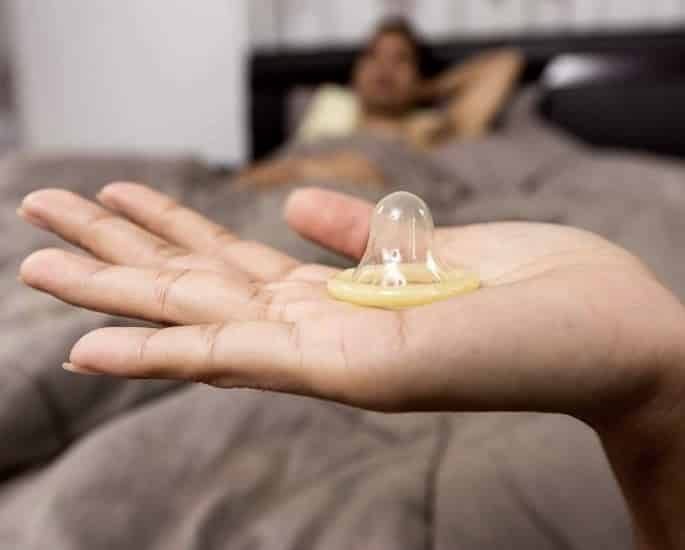 This particular couple had an arranged marriage in Bombay in 2007. The man was looking for a wife who would cook and clean for him and satisfy his every need.

He expected her to do everything he asked including bearing children.

She, on the other hand, was not going to be a slave to him and children were the last thing on her mind.

Her determination to avoid falling pregnant led to her demanding that her husband wear a condom each time they had sex.

He was not happy wearing a condom at all and was looking forward to starting a family.

Combined with his natural desire to have children and being unable to settle their differences amicably he filed for divorce.

The wife agreed and they went their separate ways.

She took the stance that he would not wear a condom.

She also claimed that the reason for not wanting to have children was the instability of their financial situation. 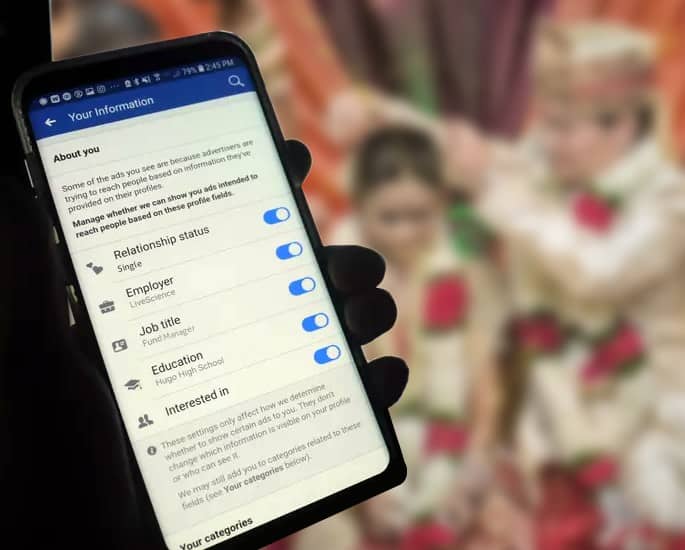 Well, if it isn’t on social media then it surely cannot be true! It would seem that it’s all about an individual’s relationship status these days.

Strange or not, social media has the power to rule our lives and dictate everything we do.

These, amongst several others, are just a few of the ways in which Big Brother is capable of controlling our every move. Scary? Yes, of course, it is.

The mega-important relationship status on Facebook is a prime example.

Refusing to change it from ‘single’ to ‘in a relationship’ or ‘married’ creates all sorts of unimaginable upsets.

This is how one couple actually ended their marriage. It turned out that the husband would not change his status to ‘married’ from ‘single’.

The wife created a fuss and ended the marriage. It goes without saying then, that if you’re not married on Facebook then you must still be single!

Believe or not, it’s true.

We have all heard of marriages that break up through lack of sexual activity. Understandably, this would qualify as a legitimate reason for divorce.

One Indian man, strangely enough, complained that he wanted it all to stop. The stress was making him ill because he couldn’t keep up with the demands his wife was making on him.

In his own words, he dubbed her as a ‘sex machine’.

Saying that she had “an excessive and insatiable desire for sex”.

His wife wanted to have sex with him even when he was unwell or sick.

It did not help his misery or dilemma when she was threatening to fulfil her needs elsewhere if he didn’t oblige.

This unfortunate situation was causing him so much unnecessary distress and unhappiness. This may come as a shock to some men but he wasn’t coping.

Well, they do say you can’t have too much of a good thing! Needless to say, he asked her for a divorce.

Going through a divorce can be heartbreaking. While this is true, it doesn’t always require a heartbreaking reason to cause one.

A particular Mumbai husband had a massive problem with the spots on the face of the woman he had married.

He said he found them disgusting. He went as far as to say that his honeymoon had been the most ‘traumatic experience’ he had ever gone through.

This particular condition is called ‘acne vulgaris’ and the wife, unfortunately, was a victim of the problem.

The husband was adamant that the wedding had been arranged without him knowing about anything about it.

His claim that he had been tricked into marrying someone with a spotty face worked and the divorce was granted.

The courts agreed about the deception involved and the fact that he was indeed traumatised by the pimples on his wife’s face.

Although the wife was extremely upset and felt let down, the husband’s plea was felt to be totally legitimate and plausible. How totally strange! 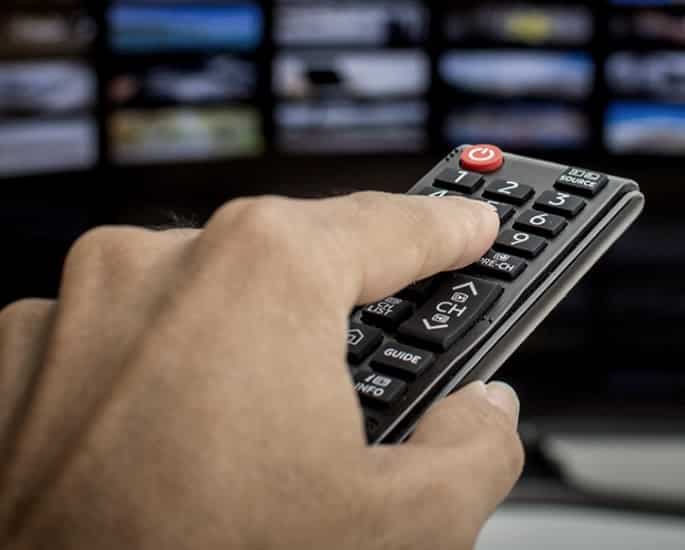 There is no doubt that we are spoilt for choice when it comes to picking something to watch on the television.

So the odd fight and argument over what to watch and who has possession of the remote control would be quite natural and acceptable.

However, a certain Indian couple found it virtually impossible to agree when it came to deciding which programme or film to cuddle up to.

Now, the wife was particularly fond of watching all the soaps but her husband did not really have any desire to indulge.

He even stopped her watching them and refused to let her sit in front of her favourite shows.

His unnatural behaviour went way beyond her understanding and they would end up arguing each time.

She was quick to tell him, in simple terms, what he could do with the remote control, thus, ending the relationship. 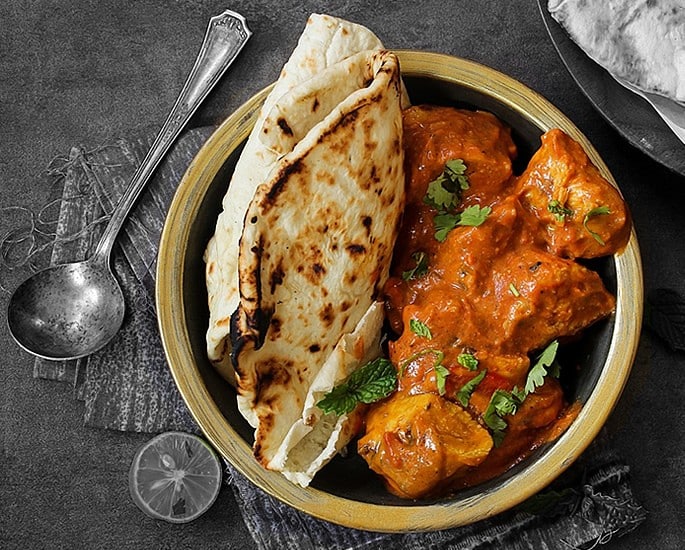 One would think that everyone should have freedom of choice about what to eat. Often, someone may give up eating meat for religious or ethical reasons but it should still be their personal choice.

What happens when one person enforces this on another and insists they become vegetarian because the thought of eating meat sickens them?

What if they find meat so disgusting that they cannot watch another person eating it?

Then don’t get into a relationship with a meat eater right? That seems pretty obvious but unfortunately, this couple just happened to fall in love without considering the consequences.

She agreed to marry him if he did not eat meat anymore. He agreed to the demand and made a promise to give up eating meat once they were wed.

Never make a promise you cannot keep. As did this poor man.

He managed a few weeks but then was unable to control his urges to feast on any meat dish that took his fancy.

She, outraged and appalled by his behaviour and lies, asked him for a divorce.

Touch my Feet or Else 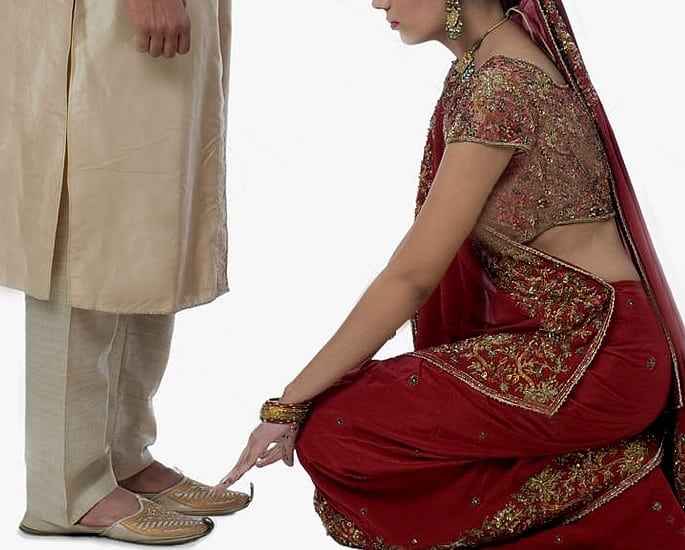 Karva Chauth is a special occasion when Indian women all over the world fast for just one day for the longevity of their husband’s life.

There are many accompanying rituals that the wife must carry out as part of this fast.

One of these is to touch the feet of her husband when breaking the fast on the appearance of the moon.

She must wait all day from daybreak to tuck into mouthwatering dishes prepared for her by her mother-in-law or mother.

The food must wait though.

First, she has to look through a sieve and offer water to the moon.

Then she must gaze lovingly at the face of the man she loves through the same sieve and pray for his long life.

As if this wasn’t enough, the wife must now touch the feet of her husband and ask for his blessing.

A woman in India became really upset by this request and refused to take part.

She was so distraught that she filed for divorce. It is not known whether the divorce was granted or not. 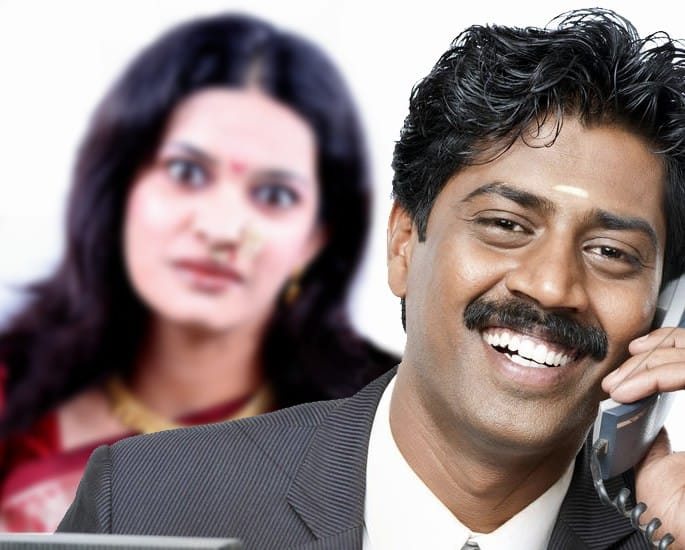 When two people from different regions in India are married they will face certain issues; language being a major one.

People living in the South Indian states of Kerala, Karnataka, Andhra Pradesh, and Tamil Nadu speak many different languages. They are mostly varied forms of Dravidian.

The people who live in this region, speak mainly Indo-Aryan dialects of which the main one is Hindi.

Now, for this couple, the husband would continue to talk to his chartered accountant and doctor in his native South Indian tongue, much to the annoyance of his wife.

She claimed, and rightly so, that she didn’t understand anything he was saying and this caused many arguments between them.

His refusal to stop doing so; led to their final downfall and divorce.

When He’s not Enough 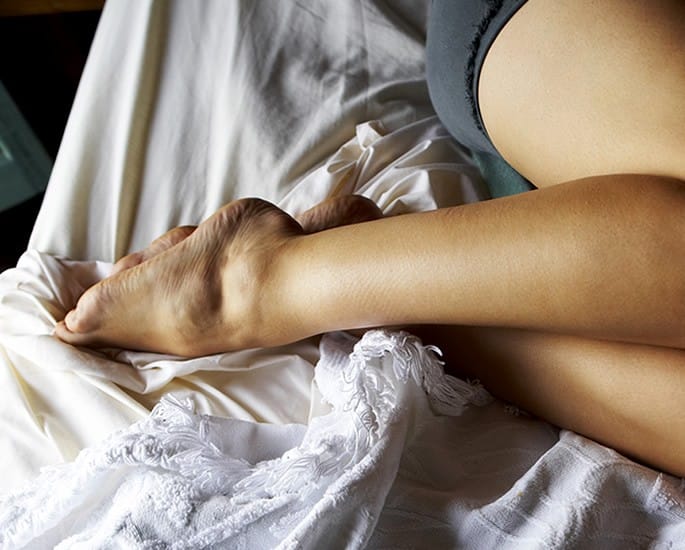 Sometimes what you expect in a marriage may not just be enough and this includes satisfaction in the bedroom.

An Indian man from Delhi married his wife thinking all will be well in their new union. As their marriage progressed things were not as expected, especially for the wife.

It became evident to the husband that after their intimate sessions, his wife still needed her own personal stimulation to content herself.

This affected him and his prowess as a man. Feeling that ‘he was not enough’ for her.

So, he called both the families around to discuss his marriage, unknown to his wife as to what he wanted to talk about.

In front of the families, he announced that he could not stay in the marriage anymore with his wife and wanted to divorce her.

When asked why he told them:

“She was satisfying herself sexually despite me being in the same bed!”

Of course, this statement horrified the families and even more so the wife who was in shock and was humiliated in front of everyone.

The marriage did end up in volatile divorce and the woman actually left India for Europe.

She felt she had been shamed and had to get away.

The stigma attached to her for satisfying herself and this being the reason for the divorce was too much to bear.

To Smell or Not to Smell 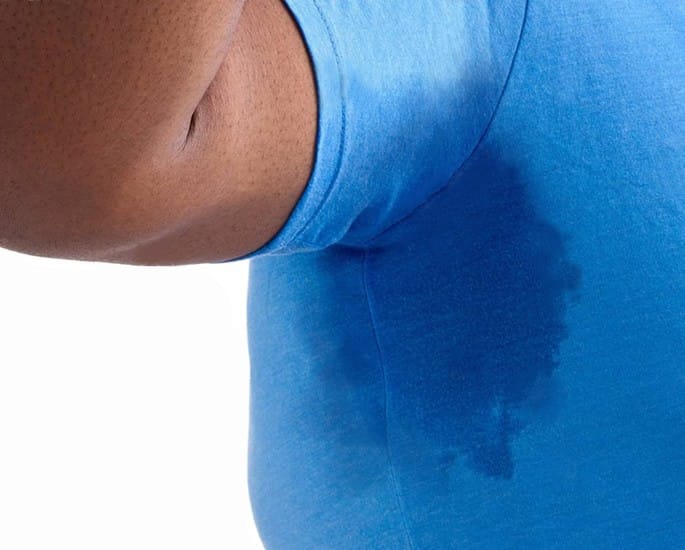 Personal hygiene, or rather lack of, can also lead to serious marital problems.

Honestly, there is no excuse for not having a daily shower or wash and it requires little effort to keep the unpleasant smells at bay.

An Indian wife became so obsessed with her husband’s body odours that she insisted he showered at least twice a day.

He didn’t agree with her and continued to miss a day here and there.

She complained so much that on one occasion he went a whole week without having a wash, changing his underwear or shaving.

Needless to say, she showed him where the door was and they went their separate ways. He, to some other unfortunate victim of his foul bodily smells.

These are true stories of real people who have used these incredibly odd reasons to leave one another.

We wonder how many other strange reasons there might be left undiscovered.

However ridiculous or crazy though, it certainly highlights just how a couples expression of love and commitment echoed in the marriage vows actually means very little to some people.

Indira is a secondary school teacher who loves reading and writing. Her passion is travelling to exotic and exciting destinations to explore the diverse cultures and experience amazing sights. Her motto is ‘Live and let live’.

Images are for illustration purposes only.

Abortion Levels in Pakistan are One of the World’s Highest
Real Stories: My Horrific Honour based Abuse in the UK