Glamour model turned Bollywood actress Poonam Pandey has shared her #MeToo story when she was new to the modelling industry.

"He said something bizarre to me and I was like seriously 'did you say that'.

The incident happened when she was new to the modelling industry at the age of 19.

She exclusively spoke to PTC Punjabi on Friday, October 26, 2018, about the moment during her first assignment as a model.

Pandey also discussed India’s #MeToo movement and the amount of momentum it has gathered over the last couple of weeks.

Poonam said: “I remember the incident where I met this co-ordinator during my modelling days.”

“He said something bizarre to me and I was like seriously ‘did you say that’.

Poonam did not go into detail about what was said to her but it left her shocked especially as she was 19 at the time.

She added: “I asked that man very politely that the police station is just a five-minute walk from her, would you accompany me?”

“He immediately walked off from the room.”

Poonam rose to fame as a glamour model when she became one of the top nine contestants of the Gladrags Manhunt and Megamodel Contest in 2010.

She also appeared on the cover page for the fashion magazine.

Pandey’s popularity increased through her social media accounts and received a lot of coverage for her revealing pictures. 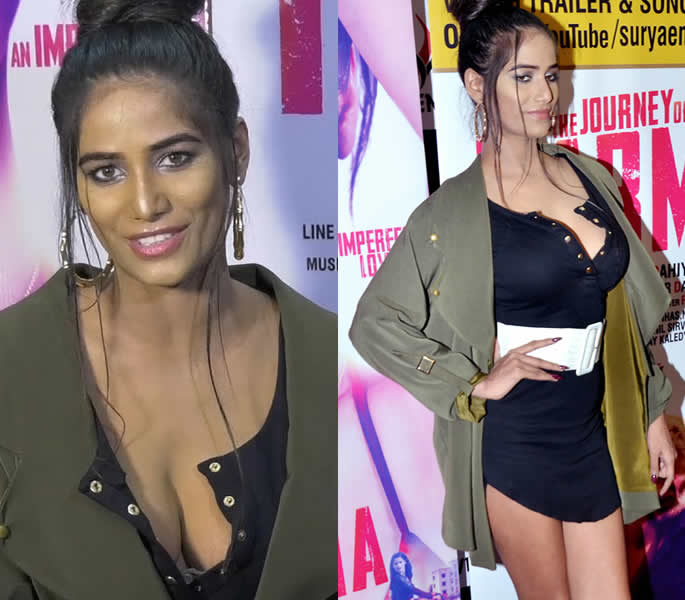 More recently, she has appeared in a number of Hindi films, making her debut in 2013 film Nasha.

Her latest venture is The Journey Of Karma (2018) in which she appears as a very young woman called Karma, in a relationship with a much older man played by Shakti Kapoor.

During her press interview for the movie, she did talk about the uncomfortableness felt by the two stars for kissing and bold scenes in the film.

She also answered questions related to Tanushree Dutta accusing Nana Patekar of sexual harassment and the #MeToo movement in India.

Poonam gave her take on Tanushree and the reaction she has been getting.

She added: “Everybody is after her, she is a normal person.”

“If I was in her position, I would have done the same.”

Since then, many women have shared their stories about their experiences of being harassed by powerful figures in Bollywood.

Poonam has supported the movement but did not expect it to be as big as it is.

She said: “Of course I support it, I 100% per cent support it. It is a very serious thing that has happened but I wasn’t expecting this to happen, there are so many stories.”

Poonam went on to state that harassment is normal and people know about it but do not say anything.

“I think many girls faced this kind of awkward situation during their struggle. Unfortunately, this is a normal thing.”

The number of different stories has become something which Poonam mostly believes.

“I think most, but not all stories are believable so I’m supporting it as a girl.”

India’s #MeToo continues to heat up and Poonam Pandey has given her take on the issue including her own experience.

Poonam has signed on to reprise her role of Anita Joseph in the planned sequel to Nasha.

Dhiren is a journalism graduate with a passion for gaming, watching films and sports. He also enjoys cooking from time to time. His motto is to “Live life one day at a time.”
SRK & Gauri Khan share Funny Wedding Anniversary Chat
Arjun Kapoor and Malaika Arora getting Married in 2019?