"He started his misconduct the very first day"

In an interview on Zoom TV on September 25, 2018, the actress opened up about the incident that took place and her treatment by the veteran actor.

Tanushree was to feature in a special song in the film. The track was to solely focus on Dutta. However, Dutta says Patekar started to insist on being included in the song.

He apparently even tried to persuade the choreographer of his inclusion in the song.

She named those who were part of the project when the harassment took place, saying:

She then revealed what unfolded, saying:

“When Nana Patekar misbehaved with me, he voiced out that he would an intimate step with me as well in the song, which wasn’t mentioned in my contract.”

Talking about Patekar’s behaviour, she says:

“He started his misconduct the very first day. I complained to the producer and director that I am very wary of this man’s attitude towards me.”

Dutta continued to say to the production team:

“Please tell him to stay away from me. Because he should not be on the set. So why is he on the set? He is grabbing me and trying to teach me the dance steps. What is all this?”

However, instead of any action being taken against Patekar and her complaint being taken seriously, Dutta says:

“On top of this, Nana Patekar demanded of the team that he wanted to be included in an intimate dance step with me, ‘the girl’.”

“Being a new, actress, young actress, whether there is a need or not [in the script], [he can demand to] do an intimate scene with her.”

Alluding to the fact that the actors still had their way “through the side” and their influence on the production team.

“He misbehaved with me on the sets, grabbed me by the arms and the next thing I know he wanted to do an intimate sequence with me. It was ridiculous.” – Actress #TanushreeDutta calls out actor #NanaPatekar for harassing her! #TanushreeExposesBollywood pic.twitter.com/jycNdYuPiX

She then went onto attack the actor more directly for his reputation in the Indian film industry, saying:

“Nana Patekar. Everyone knows that he has always behaved inappropriately with women.”

“In this typical secretive way, everyone in the industry knows that he [Patekar] has physically beaten actresses, he has touched them sexually, his attitude towards women has always been bad.

“But no publication has ever printed anything. But people have talked behind his back.

“Therefore, people with this kind of character will be seen better than my character. Why? because this girl does ‘glamourous’ roles and sexy photoshoots, therefore she must be this way [loose moraled].”

Dutta believes this incident may have happened because she was a fresh face to the industry.

Previously in 2008, Tanushree did voice her case about the alleged sexual harassment. But at the time no one listened to her. But a decade later, Tanushree has once again come into the limelight by repeating what she had said before.

The recent #MeToo campaign on Twitter has allowed many Bollywood actresses like Radhika Apte to talk about their experiences of sexual abuse. 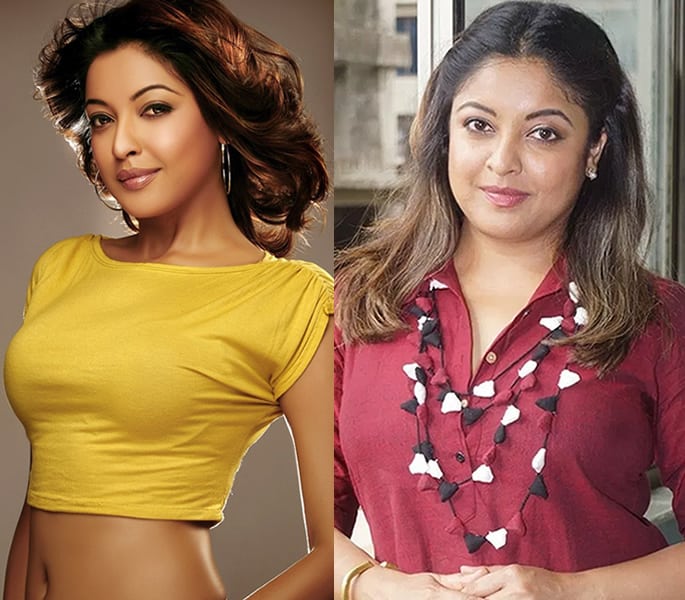 Talking about this campaign, Dutta has disclosed information about the abuse she had faced from Patekar. She has urged actors Akshay Kumar and Rajnikant who have worked with Patekar to boycott him.

When Tanushree made this shocking revelation in 2008, Nana Patekar held a press conference where he answered the accusations against him.

Patekar at the time said:

“Tanushree is my daughter’s age and I have no clue about what made her say such things about me.

“I have been a part of this film industry since the last 35 years and haven’t had anyone saying such things about me ever.”

This incident occurred on the set of Horn Ok Pleassss (2009). Rakhi Sawant eventually replaced Dutta in the song in question.

Interestingly, Dutta did belittle Rakhi Sawant for taking the role, which resulted in some tweets about her negative sentiments towards another ‘cheaper’ actress.

#TanushreeDutta what u said about #RakhiSawant not being classy enuf to be replacing is a woman molesting another women who also is simply trying to earn her living.

Even though it has been 10 years, Tanushree has not forgotten about what had happened.

Following this incident, Dutta felt she could not trust society fully. Perhaps this is the reason why she stopped getting work in the industry and settled in the USA.

But having come back to India, she has openly gone on Zoom TV’s Planet Bollywood show and conducted interviews with ANI to talk about the harassment she experienced as a young actress.

“Firstly this is a very old incident and I cannot remember everything. Though from what I can recall this was a duet song.

“Something did happen as shooting came to a halt for about 3 hours. Some misunderstanding happened. But I can confirm nothing of this sort happened.

“It is a wrong statement that Nana Ji invited some political members on set. This did not happen at all.” 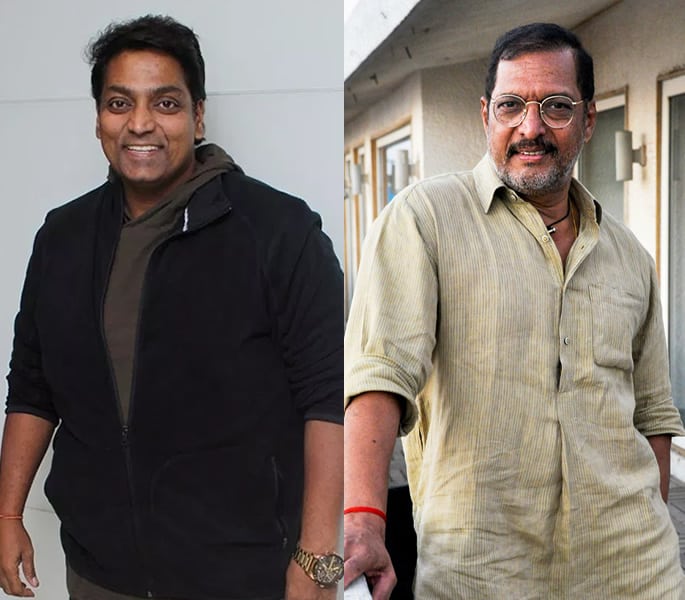 It is interesting to note that Tanushree had claimed that it was a solo song. Yet Acharya clearly states it was a duet.

Speaking of this Acharya mentions: :

“When I was called for the rehearsals that Nanaji was also in the song. I did not have any agreement, because at the time we would agree everything.

“In that particular song, there was no indecent step included. It was pure dancing, that’s all!”

And finally he went onto praising Nana Patekar, adding:

“He’s a very sweet person. He can never do that. He’s very helpful he has actually a lot of artists in the industry.”

“He [Ganesh Acharya] is a bloody liar and a two-faced person. He got the job because of me and he decided to backstab me, of course, he will support him [Nana Patekar] as he was equally complicit in the harassment.”

While some are shocked by Dutta’s statement, there are others questioning why she kept so quiet for too long. Why did she not taken any action on this 10 years ago?

Dutta stands by the fact that this story is ten years old but feels this is the right time for her to stand up for what happened to her now.

Similar to how it took a decade for Indian model and celebrity, Padma Lakshmi, to speak up about her sexual abuse in the The New York Times.

There is been a lot of buzz and mixed reaction on social media about this story. The hashtag #TanushreeExposesBollwood on Twitter has come out in support of the actress.

A lot of Bollywood stars have said that about time India has its own #MeToo movement. Here, #TanushreeDutta has started it. Now it is your turn to support her and kick the muck out of your industry. Time to name & shame. Let’s see you do it, Bollywood. #TanushreeExposesBollywood

Janice Sequira, a reporter who was on the actual set at the time, assigned by Aaj Tak and Headlines, tweeted justification to Dutta’s claims of an incident:

Some incidents that take place even a decade ago remain fresh in your memory. What happened with #TanushreeDutta on the sets of “Horn Ok Please” is one such incident – I was there. #NanaPatekar

In a series of tweets, Janice confirmed shooting had been stalled, goons attacked Tanushree and the chat she had with Dutta is identical to her statement now.

Whereas there are others who have trolled Dutta for reigniting her Bollywood career by targeting Nana Patekar as a cheap publicity stunt.

In response, Dutta quashed the assumption she wanted to come back to Bollywood saying:

Interestingly, Dutta also has not received much support from any other Bollywood stars or the fraternity to everyone’s bemusement.

Two stars that have shown some support include Farhan Akhter and Richa Chadha.

This thread is very telling. @janiceseq85 was there at the time of the incident being debated today. Even when #TanushreeDutta had career concerns to keep quiet 10 years ago she did not & her story hasn’t changed now. Her courage should be admired, not her intention questioned. https://t.co/Ola3MNdmtS

“It hurts to be #TanushreeDutta rn. To be alone, questioned. No woman wants publicity that opens the floodgates of trolling and insensitivity. What happened to her on set was intimidation. Her only fault was she didn’t back down-takes a special courage to be #TanushreeDutta.”

However, when Amitabh Bachchan and Aamir Khan were asked on their launch of the Thugs of Hindostan trailer, both replied reservedly on the issue. 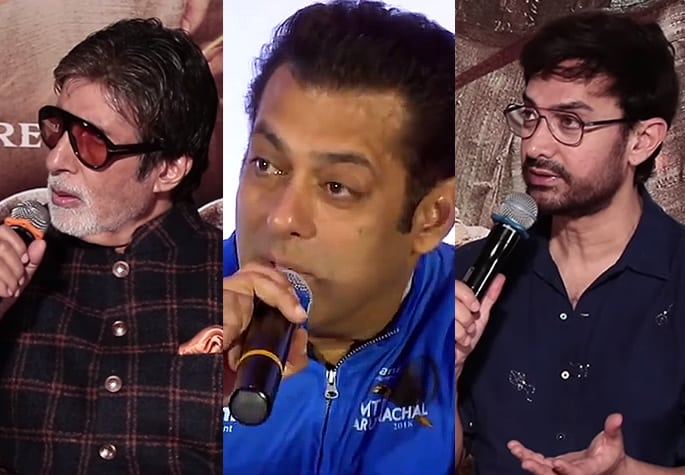 Amitabh said: “Neither my name is Tanushree nor Nana Patekar. So, how can I answer your question?”

“Without knowing the veracity of something, it’s not right for me to comment on it. But whenever something like this does happen, it’s a sad thing. Whether this has happened, that is for people to investigate it.”

The cast of their film included the actresses Katrina Kaif and Fatima Sana Sheikh on stage, who did seem somewhat uncomfortable the question was asked.

Salman Khan was also asked the question by a reporter at an event, he replied:

There is still a lot of silence and impartiality in the industry regarding the matter. So, it remains to be seen who else will come forward or not to comment. 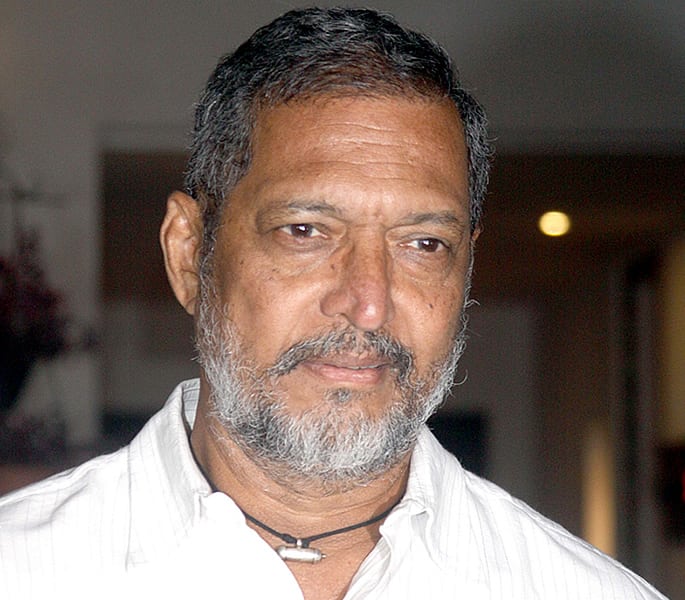 On September 27, 2018, Nana Patekar broke his silence to the accusations made by Dutta.

He was contacted by Mirror Now and responded with laughter regarding the accusations, saying:

“What does she mean by sexual harassment? We were on the set and there were 200 people sitting in front of us.”

When asked if he will take any action against Dutta for her accusations, he replied:

“I will see what can be done legally. Let’s see. It is also wrong/inappropriate to talk to you (media) since you publish anything.”

Then when quizzed about the allegation that his character it different to what he portrays, Patekar said:

“Let anyone say anything. I will continue to do in my life what I have been doing.”

So, now it remains to be seen if Nana Patekar will take legal action against Tanushree Dutta for her allegations of sexual harassment, or Dutta will continue to prove what took place and gain more support for her #MeToo claim.

Faisal has creative experience in the fusion of media and communication and research which increase awareness of global issues in post-conflict, emerging and democratic societies. His life motto is: "persevere, for success is near..."
Kareena Kapoor records debut Radio Show with Sunny Leone
Meet Jasmine and Kurran from The Apprentice 2018