Padma Lakshmi Reveals her Sexual Abuse as a Child

Padma Lakshmi revealed that she was first assaulted at the age of seven. She was 16 when she was raped while she was asleep.

"I said I was still a virgin. Emotionally, I still was."

Padma Lakshmi, the author, actress, model and TV star, revealed her sexual abuse ordeals as a child and teenager, and understands why someone would wait years to disclose a sexual assault.

She has talked about her experience when she was raped at 16 by her boyfriend, who was 23 at the time.

The 48-year-old celebrity chef wrote about her sexual assault in an opinion piece (Op-Ed) for The New York Times.

Padma also explained why she never reported the incident to police until recently.

She also recounted another situation when she was aged seven and her stepfather’s relative ‘touched me between my legs and put my hand on his erect penis.’

Padman Lakshmi has shared her story to inspire other victims of sexual abuse to come forward and there is nothing to be afraid of.

Ordeal as a Teenager 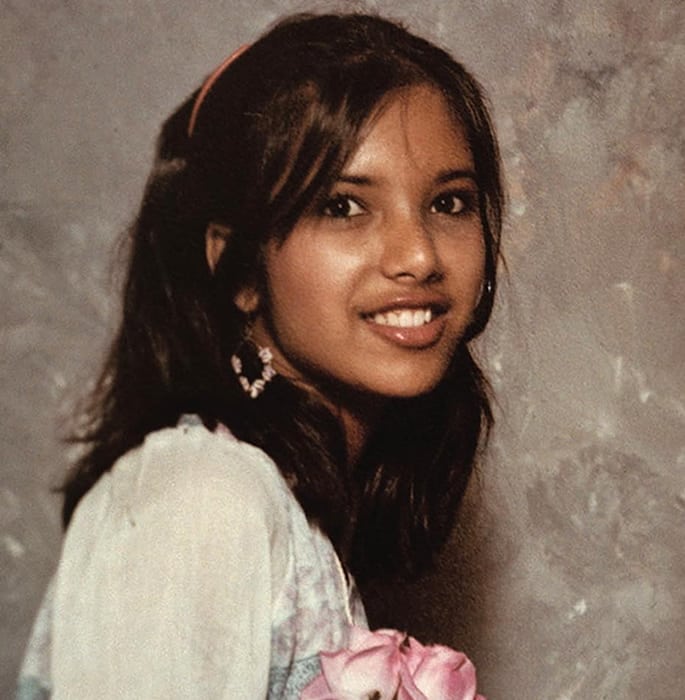 At 16 years old, Padma lived in Los Angeles and met the man at the Puente Hills Mall where she worked after school.

He worked at a high-end men’s clothing shop and would come into the shop where Padma worked and flirted with her.

She took a shine to him.

Padma said: “He was in college, and I thought he was charming and handsome. He was 23.”

When they went out, he was very respectful to Padma’s family as he would come in and talk to her mother.

Their relationship became more intimate but she did not know if she felt ready to have sex.

She said: “We were intimate to a point, but he knew that I was a virgin and that I was unsure of when I would be ready to have sex.”

After a few months of dating, the TV star was raped by her boyfriend on New Year’s Eve.

Questions asked in the immediate aftermath of when a woman is raped were answered by Padma.

She said: “You may want to know if I had been drinking on the night of my rape.”

“It doesn’t matter, but I was not drunk.”

“Maybe you will want to know what I was wearing or if I had been ambiguous about my desires.”

“It still doesn’t matter, but I was wearing a long-sleeved, black Betsey Johnson maxi dress that revealed only my shoulders.”

Both had gone to several parties to celebrate the New Year.

After, they went back to his apartment. While talking, she was so exhausted that she lay on the bed and fell asleep.

She was woken by an excruciating pain.

“I remember waking up to a very sharp stabbing pain like a knife blade between my legs.”

She screamed: “Please don’t do this.”

After his assault, he said to her:

“I thought it would hurt less if you were asleep.”

He then drove her home.

She never reported it and on that night she went to sleep, hoping to forget what happened.

Soon she began to feel that it was her fault, especially during the 1980s when date rape was unheard of.

If Padma reported it, she imagined that adults would say:

“What the hell were you doing in his apartment?”

“Why were you dating someone much older.”

As a teenager, she did not classify it as sex in her head.

To have sex according to Padma Lakshmi was to express love, share pleasure or to have a baby. What she experienced was none of those things.

“Later when I had other boyfriends in my senior year at school and in my first year of college, I lied to them.”

“I said I was still a virgin. Emotionally, I still was.”

How it Affects her Now? 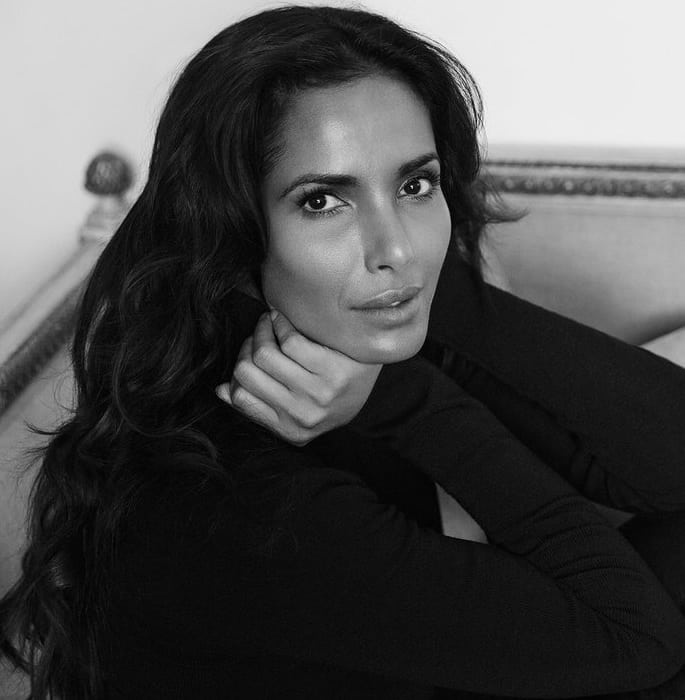 Since the rape, the advocate for women’s rights has realised that she absorbed certain lessons as a child.

She was sexually assaulted at age seven and when she told her parents, it was ignored because of the stigma which surrounds it.

“When I was 7 years old, my stepfather’s relative touched me between my legs and put my hand on his erect penis.”

“Shortly after I told my mother and stepfather, they sent to India for a year to live with my grandparents.”

“The lesson was it you speak up, you will be cast out.”

Both experiences have affected Lakshmi and her ability to trust.

“It took me decades to talk about this with intimate partners and a therapist.”

“Some say a man shouldn’t pay a price for an act he committed as a teenager.”

“But the woman pays the price for the rest of her life, and so do the people who love her.”

In 32 years, this is the first time Lakshmi has talked about her suffering and could have reduced the suffering had she spoken up.

“I think if I had at the time named what happened to me as rape, and told others, I might have suffered less.”

“Looking back, I now think I let my rapist off the hook and I let my 16-year-old self down.”

Something many survivors of sexual abuse feel much more strongly about today than the past. Simply, because of the huge volume of cases of sexual assault being revealed by individuals, whether they are celebrities or not.

Why Padma Lakshmi is Sharing her story? 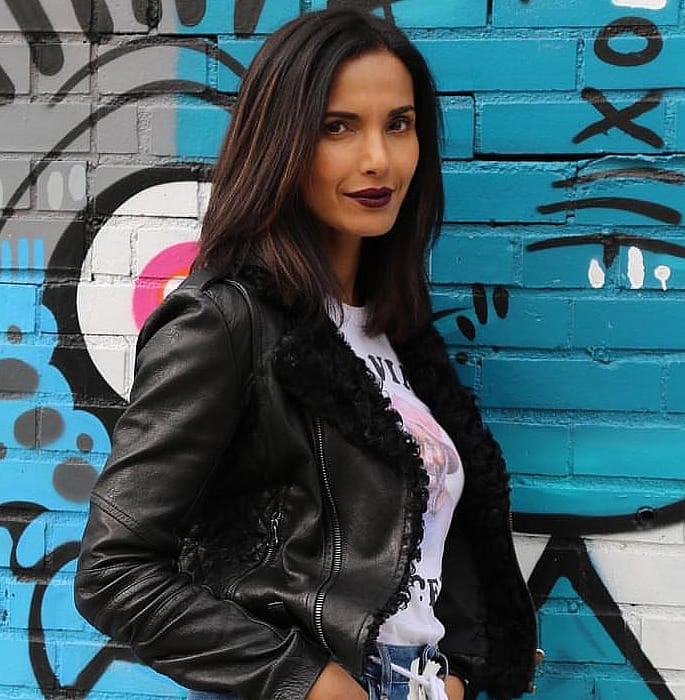 Padma has shared her story so that victims should not suffer in silence as she did, which she now regrets.

“Now, 32 years after my rape, I am stating publicly what happened. I have nothing to gain by talking about this.”

“But we all have a lot to lose if we put a time limit on telling the truth about sexual assault and if we hold on to the codes of silence that for generations have allowed men to hurt women with impunity.”

Padma, who has daughter Krishna, aged eight, with tech executive Adam Dell, has told her simple words for years which took her much of her life to understand.

She tells her daughter: “If anybody touches you in your privates or makes you feel uncomfortable, you yell  loud.”

“You get out of there and tell somebody.”

“Nobody is allowed to put their hands on you. Your body is yours.”

Padma has told her story so that future generations can learn more.

“One in four girls and one in six boys today will be sexually abused before the age of 18.”

“I am speaking now because I want us all to fight so that our daughters never know this fear and shame and our sons know that girls’ bodies do not exist for their pleasure and that abuse has grave consequences.”

Sexual abuse is something which happens in South Asian communities in Britain and young people are suffering in silence.

Being able to communicate their ordeals to parents or families is a major problem due to shame, honour, guilt and self-blame.

This taboo needs much more awareness and increased visibility for survivors to cope with the trauma they experienced and mental health issues they can face later in life.

If Padma Lakshmi and others like her are now breaking this mould, it is time to help more people come forward, so they can get the support they need.

If you know of anyone who is being subjected to any kind of abuse of this nature, you must contact the police or report it on the Child Exploitation and Online Protection website.