Daughter shares Story of ‘Father’ Raping Her and Caught by Mother

Sonia Mahmood shares her story of being raped by her ‘father’ from the age of 13, until one time her mother walked in to catch him.

"He ramped up his abuse until he was raping me every day."

Sonia Mahmood, aged 24, of Heckmondwike in West Yorkshire, has shared her story of when she was raped by her father, Ejaz Akhtar.

Although she was not his biological daughter, Sonia viewed him as her father and even called him ‘Dad’.

When she first met him, he put her at ease.

Sonia’s life and family were considered ‘perfect’ until something changed in Akhtar.

Sonia described it as a noticeable change which made her feel uncomfortable.

The once father-like figure for Sonia began sexually assaulting her.

Sonia gave the account of her ordeal in an exclusive interview with The Sun, saying it began when she was 13 and lasted over a period of two years.

Sonia bravely waived her right to anonymity and has shared her story to inspire other victims to ask for help. 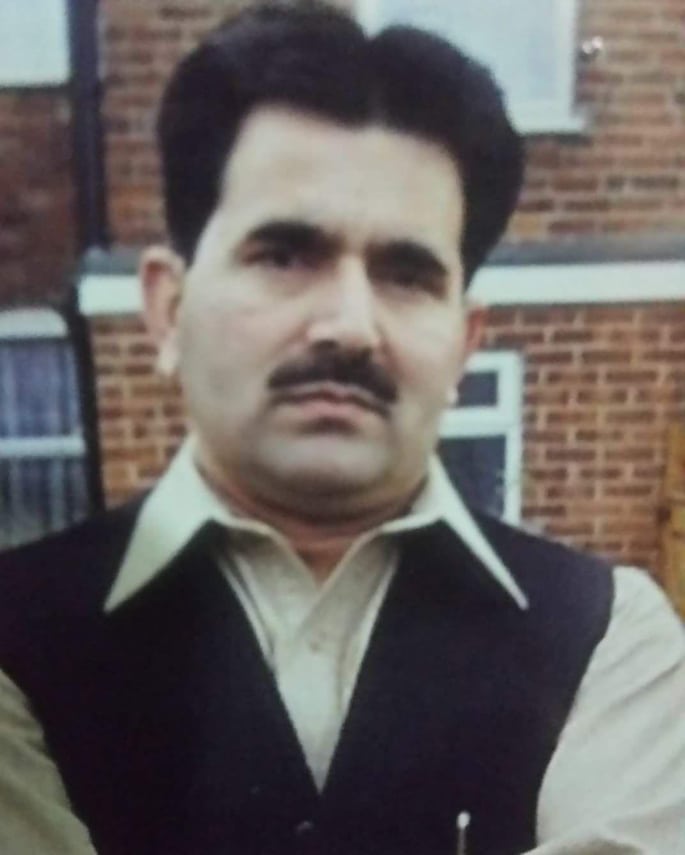 Sonia’s parents divorced when she was just a toddler, and shortly after her mother, Maryam, now 49, introduced her to Ejaz, originally from Pakistan.

Although he towered over Sonia, his smile put her quickly at ease.

It was not long before Sonia started calling Ejaz ‘Dad’. He treated her like a daughter and never tired of playing games with her.

Maryam and Ejaz married when Sonia was five years old.

When her mother became pregnant, Sonia worried that Ejaz would treat her differently to his own biological children.

This was not the case, as he treated all three with the same love and care.

He was constantly spoiling the three of them.

“Our house in Burton, Staffordshire, was a happy home, full of laughter and joy on a daily basis.”

“I giggled along with my siblings every evening at the dinner table and felt so lucky to have such a perfect family around me.”

When Sonia’s grandmother passed away in 2007, she travelled with her step-siblings and her mother to Pakistan for the funeral.

Akhtar stayed behind in England as he could not get time off work.

Maryam stayed for another three weeks with her family to mourn her mother.

Sonia returned home as she was not allowed that long away from school.

She said: “I was sad to leave Mum behind and felt lonely without her by my side.”

“Dad enveloped me in a bear hug when I walked through the door and I felt a bit better to be back at home.”

Sonia returned to school and settled back into normal everyday life.

“I quickly got used to being back home, but then I noticed a change in Dad.” 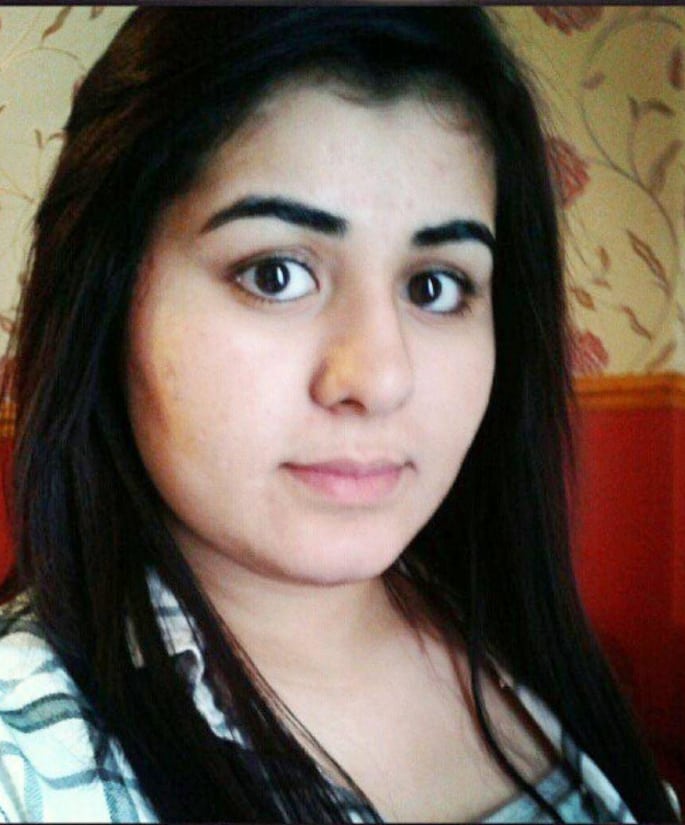 Akhtar’s looks began to linger on Sonia more than usual, which made her feel uncomfortable.

Sonia thought that it may have been because he was just happy to see her after being gone for so long.

Despite this Sonia had a feeling that there was something sinister behind his stares.

Sonia said: “Dad and I never had issues with being close before, but when he started requesting massages, I was surprised.”

The massages became daily after he returned from work.

Akhtar would complain: “I’m just so achey from work.”

Sonia would oblige but knew it felt strange and wrong.

She went along with it, as it was just her and Akhtar at home.

The unusual massage requests took a sickening turn one day when Sonia returned from school.

“I came home from school one day and Dad started staring at my chest.”

“Then he suddenly groped me. I froze, stunned, and prayed it would be the end of it.”

Akhtar’s behaviour became worse and on that same night, he raped Sonia for the first time.

She felt powerless to move and cried for her mother, but nobody was there to help.

Sonia spoke of the ordeal, she said:

“I prayed it would be a one-off but after that first time, it seemed Dad was hungry for more.”

“He ramped up his abuse until he was raping me every day.”

She counted down the days until her mother returned where she thought her torment would end, it did not.

Whenever Maryam was busy, Akhtar would grab Sonia and take her to the bedroom to commit his assault.

“His sweaty palm clamped over my mouth so I couldn’t scream.”

“Dad would push my dress and rape me as quickly as he could.”

Ejaz bribed Sonia so that she wouldn’t say anything.

He told Sonia: “Besides, if you tell, your mum will hate you and never talk to you again.”

The abuse continued for two years and Sonia was in constant fear of Akhtar’s attacks, which would happen at any opportunity he found.

Maryam was unaware of what was happening to her daughter in her seemingly perfect home.

The more Akhtar got away with it, the more he continued his attacks.

In 2009, Akhtar ordered Sonia to bring him water upstairs, while her mother was downstairs preparing dinner.

Sonia silently agreed, knowing what was about to happen.

“Seconds later, he was on top of me.”

“I found Dad lying on the bed and felt this familiar lurch in my stomach as I stared at my rapist.”

Sonia opened her eyes to see her mother, standing in the doorway. She knew her pain would finally be over.

Akhtar chased after Maryam as she fled the room.

Meanwhile, Sonia packed a bag and ran to her aunt’s house.

Sonia said: “Everything came spilling out and it was agony as I finally spoke of the pain I’d lived through for so long in silence.” 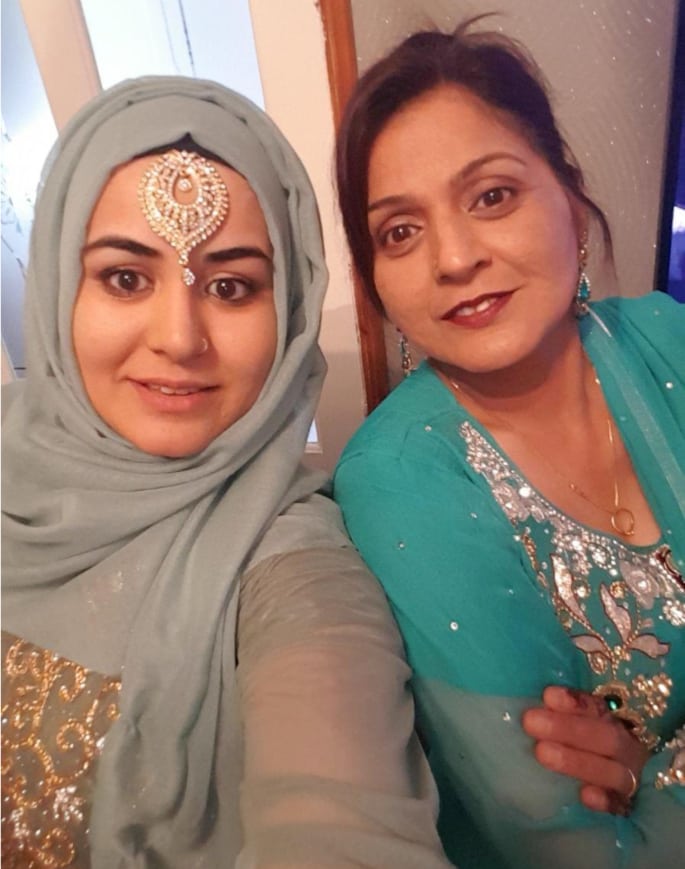 Sonia told Staffordshire police everything that she went through during the two years.

After her report was taken, Sonia was sent to the hospital where tests revealed his regular rapes had ripped her insides.

In 2010, the case went to Court where Akhtar pleaded not guilty, so Sonia had to provide evidence.

In March 2013, Ejaz Akhtar was found guilty of rape and sexual activity with a child at Stafford Crown Court.

“I felt so relieved as he was jailed for 15 years and felt so glad that my voice had finally been heard.”

Throughout the case, Maryam stood by her daughter to give her the courage to share what happened.

Sonia said: “Dad is paying for his heinous crimes and I’m so pleased that he’s been found guilty.”

“Now, Mum and I are closer than ever and moving on without that monster, one day at a time.”

Sonia and her mother are now living in West Yorkshire and her story is something which can help others to come forward and get help.