Four years on, Iftikhar Ahmad of Stirling, has pleaded for justice over his young son’s murder in Pakistan to bring those responsible to justice.

"These people murdered this wee boy, brutally murdered him."

Iftikhar Ahmad, aged 45, of Stirling, Scotland, has appealed to his local MP, Stephen Kerr, on Monday, September 24, 2018, to help bring his young son’s killers to justice.

It is four years since the incident where Shahryar, aged three, was abducted from his grandmother’s home in Faisalabad in August 2014.

Shahryar was a British national who lived in the Pakistani city with his mother and brother.

Police in Pakistan says they are doing their best on the case.

Mr Ahmad believes a known criminal gang targeted his son and even used a six-year-old girl to lure him out of the house.

Shahryar was taken to a village 30 miles outside of the city where he was beaten and strangled by the perpetrators.

Mr. Ahmad said: “They rented a flat across the road from my mother-in-law’s house.”

“They got a little girl to go down and ask my mother-in-law if Shahryar could come out and play.”

“She came back about an hour later and he went out to play and they snatched him.”

Witnesses saw two men carrying the young boy but despite this, the authorities continued treating it as a ‘missing person’ case.

Four men were charged with the kidnapping and murder of the toddler.

Mr. Ahmad says that due to police “incompetence”, they may walk free as a result of their failings.

He has also received phone threats from a relative of one of the gang members who live in Scotland.

They have allegedly threatened to do the same to Mr. Ahmad’s other son.

He told the BBC: “These people murdered this wee boy, brutally murdered him.”

“They should face the consequences.”

“He loved animals. He was intelligent, full of life, and loved to go out.” 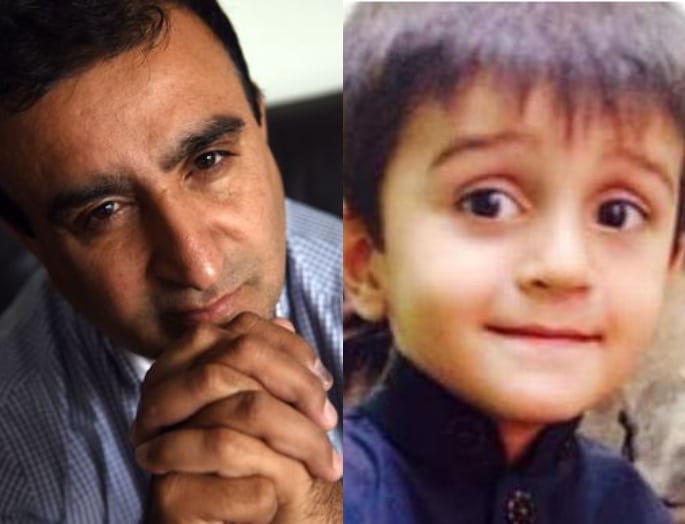 Mr. Kerr recently raised the issue in the House of Commons.

He said he had a “good response” from Foreign Secretary Jeremy Hunt.

Mr. Kerr said: “I’ve also met with other members of Parliament, across all parties.”

“They have been incredibly supportive and come up with all sorts of ideas to take this case forward.”

Iftikhar does not know why it was taking so long for court proceedings to take place, even though there were witnesses.

“We have put some of our best officers on the case, but there has been no prosecution as yet.”

The Foreign Office issued a statement: “We will continue to offer support – if requested – to the father of a British minor following his tragic death.”

“Our sympathies are with him and his family. We are in contact with the authorities in Pakistan.”

In a few weeks, when the family would have been marking Shahryar’s seventh birthday, Ifthikhar, his wife Eram, and their two other children will be in Pakistan to try to bring the killers to justice.

Iftikhar said: “I end up spending a lot of my earnings to repeatedly go to Pakistan to get some kind of closure on the case but it’s taking a long time.”

“I thought criminal matters would be straightforward.”

Shahryar’s murder has had a devastating impact on Mr. Ahmad’s life.

He said: “Every single day it comes back to me how my wee boy was murdered.”

Dhiren is a journalism graduate with a passion for gaming, watching films and sports. He also enjoys cooking from time to time. His motto is to “Live life one day at a time.”
Taxi Driver jailed for Sexually Assaulting Four Drunk Women
Padma Lakshmi Reveals her Sexual Abuse as a Child