‘Make a Plea’, a new online service, will allow drivers in the UK to handle their motoring offences on the go from March 2015. DESIblitz finds out more.

Drivers can review their case details and indicate their plea on smartphones, tablets or laptops 24 hours a day.

Drivers and motorists charged with minor offences in the UK will be able to plead guilty or innocent via a secure online service from March 2015.

Forget about the hassle of sending your plea through the post or turning up at court for minor motoring and driving offences, such as speeding or careless driving.

With the government’s ‘Make a Plea’ service, drivers can now review their case details and indicate their plea on smartphones, tablets or laptops 24 hours a day.

While defendants can still opt for a postal plea or court attendance, the government hopes more people will make use of ‘Make a Plea’ to alleviate the burden on the criminal justice system and taxpayers’ money.

Shailesh Vara, Justice Minister, emphasised the benefits of streamlining the process of handling as many as 500,000 minor motoring offences a year. 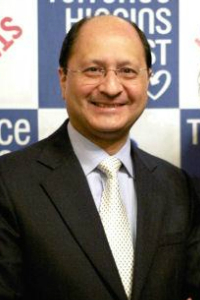 The British Indian MP said: “Digital technology gives us an opportunity to make the justice system simpler, clearer and faster.

“Part of this means reducing or removing the unnecessary movement of paper, and people, around the system.”

He added: “The new ‘Make a Plea’ service is reducing case time and costs for the courts and the police, ensuring that they can focus on the most complex cases. It makes it easy, simple and quick for people to access justice.”

In addition, the new online service will ensure defendants are given fair legal treatment.

With easy access to the service via any digital device, they can yield maximum credit from the court for early guilty pleas. At times, they can even receive the lowest possible sentence.

‘Make a Plea’ has undergone a successful trial in Manchester before its roll-out in England and Wales in March 2015.

During the trial, nearly a third of applicable defendants or 1,200 people in Manchester chose to plead to their charges via the secure online service.

RAC, an antomotive service company in the UK, welcomes the government’s initiative and states that a number of motoring groups are ‘backing the introduction of the digital system, hoping it will help to relieve pressure on courts’.

The government recognises the potential of going digital and already has plans to expand this type of service to other areas.

As part of an ongoing effort to modernise its public services, the government wants to apply the concept of ‘Make a Plea’ to civil crimes or other low level crimes that generate the highest volume of workload. 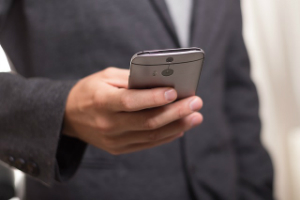 Vara said: “Wider modernisation of the courts has included investing £160 million in digital technology for courtrooms, including video links, wifi and improved IT systems to end the system’s reliance on paper.

“There is going to be less paper around, less use of people, less use of office space, and a whole variety of things that will actually save real money, and that money can be used elsewhere.”

Taxpayers across the country will surely be more than pleased to hear that the government is using public resources more efficiently. And so will many drivers and motorists who can now deal with their fines on the go!

Scarlett is an avid writer and pianist. Originally from Hong Kong, egg tart is her cure for homesickness. She loves music and film, enjoys travelling and watching sports. Her motto is “Take a leap, chase your dream, eat more cream.”
What colour is #TheDress that broke the Internet?
India’s Hottest Celebrity Women on Social Media