What colour is #TheDress that broke the Internet?

DESIblitz explores #TheDress that has taken over the Internet by storm. Could the human eye be perceptive to colour? How did this debate begin? DESIblitz investigates this bizarre trending topic.

"This is one of the biggest individual differences I've ever seen.”

Not many things have the chance to break the Internet, but what about a dress that changes colour depending on who is looking at it?

#TheDress has gone viral, and has left many Internet users confused and baffled. So how did it all start?

The domino effect happened when a mother sent her daughter (soon-to-be-bride) a snapshot of a picture of a dress that she intended to wear at the wedding.

Subsequently, the daughter showed her fiancé the photo. To their amazement, they disagreed on the colour of the actual dress. She saw the dress as ‘white and gold’ whereas he saw it as ‘blue and black’.

It is fairly normal for couples to disagree on most issues, but to disagree on the very colour causes bewilderment. In order to settle the argument, they posted the picture of the dress on Facebook to affirm the colour. 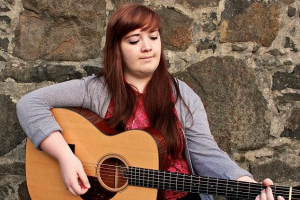 The post went viral and there were numerous comments on the colour. The couple later concentrated on their wedding having forgotten about this debate until the wedding date itself when the mother turned up in this elusive coloured dress.

The entire debate was then sparked off when Caitlin McNeil, a Scottish singer uploaded a photo of the dress on Tumblr after she attended the wedding:

“I got to the wedding and the mother was wearing the dress. Obviously it was blue and black,” McNeil said.

Whether the photo of the dress was white and gold, or blue and black? This question spread like wildfire. Celebrities such as Taylor Swift, and Kim Kardashian have posted about it on Twitter. Taylor Swift tweeted:

“I don’t understand this odd dress debate and I feel like it’s a trick somehow. I’m confused and scared. PS it’s OBVIOUSLY BLUE AND BLACK.”

This tweet got 72,000 retweets and 100,000 favourites. Currently, the dress debate is the top trending topic on Twitter. The trending hashtags are #TheDress, #blueandblack and #whiteandgold.

What color is that dress? I see white & gold. Kanye sees black & blue, who is color blind?

The British makers of the £50 dress, Roman Originals, have revealed that the infamous dress is actually ‘blue and black’.

Creative Manager, Ian Johnson, says: “We are thinking about making a gold and white version. We already do it in other colours. We could do it quickly, but it has to go through quality assurance.”

So why do some people see ‘white and gold’? The science underpinning this theory questions our knowledge and interpretation of colour.

Colour has been taught to be factual, red is red whereas blue is blue (with exclusion to colour blindness sufferers). However, is determining colour as clear as black and white?

The colour that is predominantly seen depends on how an individual brain interprets it. As light rays enter our eyes, our perception of the colour might change. 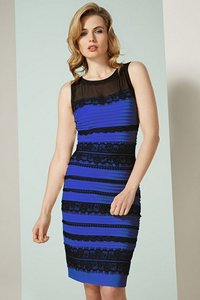 Neitz states that she sees gold and white. Thus, making it apparent that different people are able to see the same object in a different colour.

Some theories claims that the colours will change depending on your present mood.

Another theory suggests that the colours you see can also correspond to which side of the brain you are more inclined to use. For instance, those that see ‘white and gold’ use the left side of their brain.

This side is dominant in language, meaning that you tend to be more logical and good with numbers. Those that see ‘black and blue’ are using the right side of the brain, making them more creative and imaginative.

We see white and gold. What do you see?

Bandhna is an Entrepreneur and Co-Founder of Envylope App. She loves food, Bollywood, globe-trotting and anything that SPARKLES. Her motto: Aim for the moon, even if you fall - you’ll reach the stars.
Mark Zuckerberg brings India Free Internet Access
Online ‘Make a Plea’ service for Driving Offences