Man convicted for Sex Offences against Girls he Met Online

A Hackney man has been found guilty of committing several sex offences against a number of young girls he met through social media.

"Abraham Ibrahim was a lone, opportunist offender who targeted his young victims"

Abraham Ibrahim, aged 21, of Clapton, Hackney, has been convicted for sex offences against girls he met online following a trial at Snaresbrook Crown Court.

His 29-year-old brother Yousef Ibrahim was found guilty of perverting the course of justice after he attempted to save his brother from justice.

It was heard that Ibrahim contacted his victims through social media apps and went on to commit sex crimes against them.

After exchanging messages, he arranged to meet one of the girls outside of London in June 2018. He later committed several sexual offences against her.

At around the same time, Ibrahim was also communicating with a 14-year-old girl who lived in London. He met the girl several times and engaged in sexual activity with her.

An investigation was launched by the Central Specialist Crime unit after the parents of one girl discovered explicit images on her phone.

Police searched Ibrahim’s home on September 14, 2018, and he was arrested on suspicion of child abuse.

He was released on bail and arrested again at a later date when more sex offences were uncovered.

Ibrahim was charged on December 7, 2018, and appeared at Thames Magistrate’s Court.

While he was on remand in January 2019, Yousef contacted a friend of the victim and tried to persuade her to change her story. 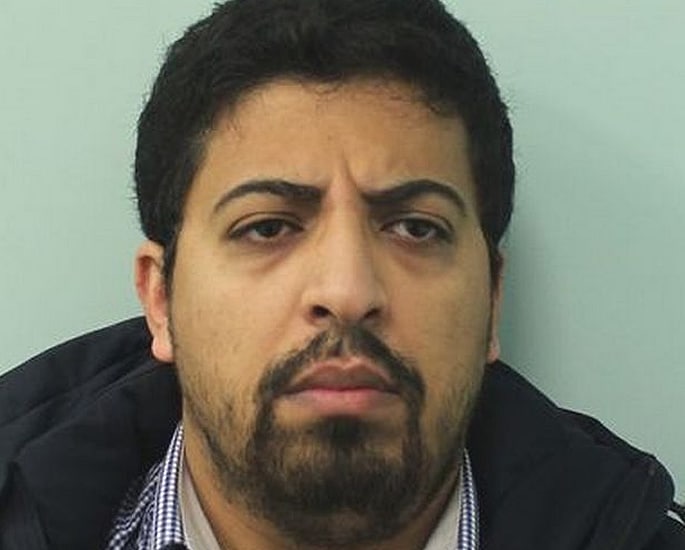 He was subsequently arrested on suspicion of perverting the course of justice and witness intimidation on February 14, 2019.

On July 29, 2019, Abraham Ibrahim was found guilty of nine counts of sex offence charges including two counts of sexual activity with a child.

He was cleared of a further seven charges against him.

Yousef Ibrahim was found guilty of one count of perverting the course of justice.

They will both appear at Snaresbrook Crown Court on September 27, 2019, for sentencing.

“Abraham Ibrahim was a lone, opportunist offender who targeted his young victims on social media platforms knowing they were vulnerable, pursuing them for his own sexual gratification.

“Yousef Ibrahim has tried to influence the course of the investigation.

“His actions were utterly reckless, misguided and resulted in his conviction.”

“I like would to praise the children and their families who have shown great courage in supporting the investigation and giving evidence in a difficult and traumatic court case.

“Thankfully, these type of crimes are rare.

“However, it is important that parents, guardians and everyone who works with young people takes an interest in what children are doing on the internet and educate them about the risks associated with using social media.

“The internet is a fantastic resource enabling young people to socialise and learn. Unfortunately, it can also be used by predatory offenders to target children.

“We will robustly investigate any child sex offences committed online, and I would urge any young person who have experienced unsolicited contact to report it to police.”

Dhiren is a journalism graduate with a passion for gaming, watching films and sports. He also enjoys cooking from time to time. His motto is to “Live life one day at a time.”
£10m Asian Shopping Centre plans revealed for Blackburn
Indian Girl eloped and married Man who Threw Her Off Train