Delivery Driver Lured Girl aged 15 into his Van & Raped Her

A delivery driver from Birmingham saw a 15-year-old girl wandering the streets. He lured her into his van and later raped her.

"She was walking the streets of Birmingham on her own"

Delivery driver Mohammed Basharat, aged 36, of Hodge Hill, Birmingham, was jailed for seven years on June 24, 2019, after he lured a 15-year-old runaway girl into his van and then later raped her.

Birmingham Crown Court heard how he spotted the girl walking the streets of Birmingham and convinced her to get into his work van. He then drove around for six hours, smoking cannabis.

Basharat then took her back to his home and raped her on his bed.

The girl had fled her home after having an argument with her parents over Instagram on August 16, 2017.

The delivery driver saw the girl wandering the streets and offered to give her a lift.

He told that he lived with his parents. Basharat actually was a married man with three children. His wife and children were visiting Pakistan.

Basharat also told the girl he was 26 and gave her a fake name.

Basharat then drove the girl around for hours where they visited Star City and Bassetts Pole near Lichfield while smoking cannabis.

When he took her back to his house, he made the girl cover her head with a jacket because he feared his neighbours would be suspicious of him for bringing a young girl home.

Basharat let the girl sleep in his room, however, he later snuck into the room and raped her.

The girl, who had been away from her own home for hours, was dropped off the next morning. Basharat dropped her off at a shopping centre and gave her £5. 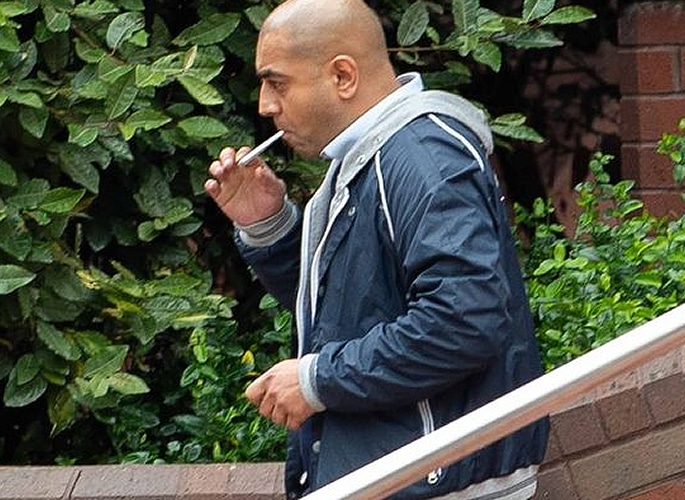 When Basharat was arrested, he denied that there was any sexual activity at his house.

He told the court that he wanted to help the girl and claimed she had made sexual advances towards him in the van.

The jury found him guilty of rape. Basharat was earlier acquitted by the jury for arranging the travel of another person with the intention of exploitation.

Judge Richard Bond told the delivery driver: “She was both small in height and stature.

“She was walking the streets of Birmingham on her own and was visibly upset.

“You were obviously concerned about her age. You said you were 26 when you were 36 and you gave a false name to her.

“You told lies to ingratiate yourself with her and to put her at her ease.

“I am satisfied by now you had taken the decision that you were going to have sex with the victim whether she wanted it or not.

“She submitted to your unwanted advances and just lay there as you raped her on the marital bed.”

Judge Bond read the girl’s victim impact statement in which she said she felt dirty and was always looking over her shoulder following the sexual assault.

However, the judge took into account the fact that Basharat had no previous convictions.

Mohammed Basharat was sentenced to seven years in prison.