Indian Girl aged 19 Gang Raped in Front of her Father

A 19-year-old girl was taken from her home and gang raped in front of her father who was also abducted by six youths in Bihar.

"They entered the house forcefully and tied up her father with a cloth."

A shocking story has emerged from Bihar in India where a 19-year-old girl was brutally gang raped by six young men in front of her father who was made to witness the attack by the assailants.

The girl aged 19, who cannot be named for legal reasons reported the incident to police on Wednesday, February 6, 2018, at Kodhowadi police station, stating that six youth from her village were involved in her gang rape.

The girl says they came to their home and asked for water but then forced their entry and grabbed her and dragged her outside of the house.

Her father was also attacked and tied up by them and then taken to a deserted field along with her.

Here they first beat her father and then tied him to a tree with rope. Then they gang raped the teenage victim one by one in front other her father who was forced to watch.

The sexual attackers also warned the girl and father that if they went to the police, they would be killed by them. 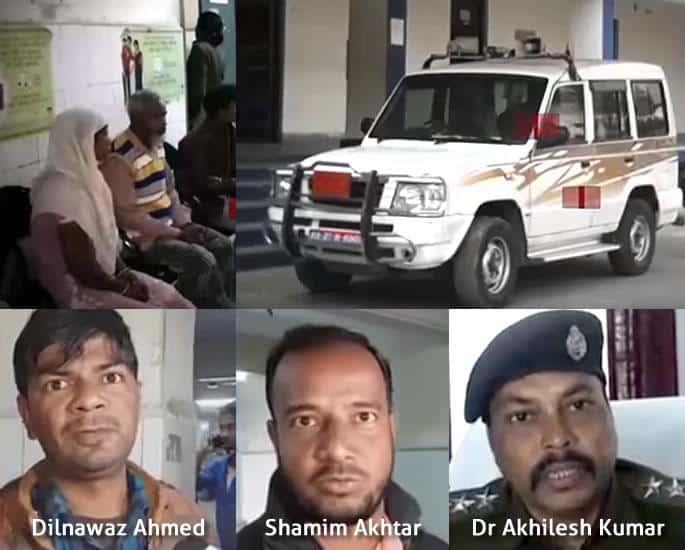 A resident of the village, Dilnawaz Ahmed, told media:

“There was no one in their house that day but just the father and daughter.

“They tied the father from his hands and then took both of them about 500m from their home to the field.

“There they tied the father to the tree and then raped the girl, taking turns one by one.”

“No arrests have been made yet. And if no action is taken by the law, then we will protest against it in Bihar.”

Shamim Akhtar, another resident from the village further explained what took place:

“Nobody lives in that part of the village so it is quiet.

“Her mother was not also at home. It was just the father and daughter.

“They came on motorbikes which were parked 50 metres away.

“They entered the house forcefully and tied up her father with a cloth.

“According to the daughter, they beat her father and when it got aggressive and the men went took a knife out to stab him.

“The girl then intervened and screamed at them to stop and not to harm her father and instead do anything they wanted to her.

“She was threatened not to reveal the incident to anyone.”

“We have started our investigation after talking to the victim.

“We have been made aware the incident took place on February 4th. A medical test is being conducted on the victim.

“Action will be taken against those accused.”

The raped victim was sent to Kishanganj Sadar hospital for medical examination by police.

Kishanganj Superintendent of Police (SP), Kumar Ashish stated that a case has been lodged against all of the young men.

He went to the village personally and met the victim and her father, and other villagers who knew about the incident. The SP said that the men are on the run and no arrests had been made yet:

“I am personally monitoring the case and they will be arrested soon.”

Amit enjoys creative challenges and uses writing as a tool for revelation. He has major interest in news, current affairs, trends and cinema. He likes the quote: "Nothing in fine print is ever good news."
Indian Man wants to Sue Parents for his Birth
Indian Wife refused Bath and Food by In-Laws over Dowry