Imran Saleem from Edmonton, Enfield, has been jailed for sexually assaulting a girl aged 10 multiple times after he lured her into his home.

"Saleem preyed on a young girl, committing several assaults against her."

Child groomer, Imran Saleem aged 35, from Edmonton, Enfield in London, has been jailed for 10 years for sexually assaulting a 10-year-old girl after he lured her into his home offering chocolate biscuits and cake.

Saleem was sentenced at Wood Green Crown Court on January 21, 2019, after the court heard how the little girl experienced the horrific ordeal during his trial.

The young victim was playing in the street On October 11, 2018, when she was spotted by Saleem before he walked up to her and approached her. He then convinced her to come with him to his home in Weir Hall Avenue, Edmonton.

Being offered sweets, the little girl, who has a learning disability, agreed without realising what was going to happen to her next at the hands of the paedophile.

Saleem sexually molested the underage girl and assaulted her after abducting her from the street.

When the girl returned home, she told her parents and complained of what took place during her traumatic ordeal and sexual assault.

He parents immediately contacted the police upon finding out what she told them. 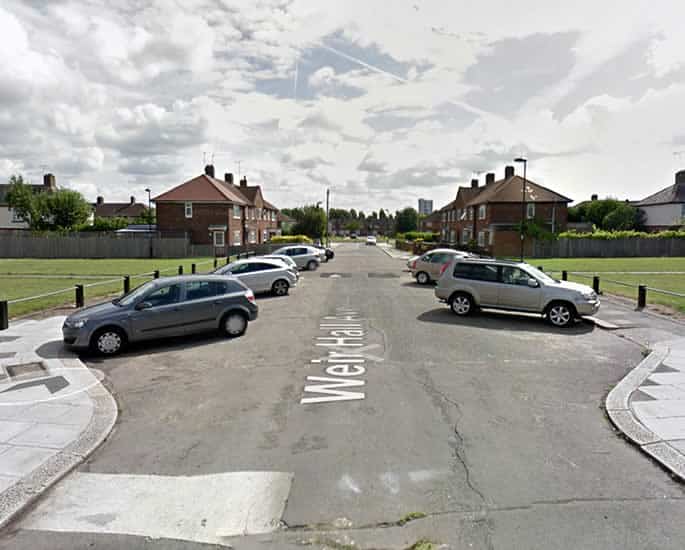 Saleem was subsequently arrested and convicted further to DNA evidence. He had no choice but to then plead guilty to the sexual crime against the 10-year-old child, at an earlier court hearing.

In addition to the jailing, he was given a Sexual Harm Prevention Order and put on the sex offenders register for life.

Police Detective Sergeant Sara Yems, who led the investigation, said of the case:

“Saleem preyed on a young girl, committing several assaults against her.”

“He did not comment on interview after arrest but due to the overwhelming evidence against him, he was left with no choice but to plead guilty.”

“This was an opportunistic attack on a vulnerable and innocent young girl.”

“The prosecution case included DNA evidence and was so strong that Saleem had no choice but to plead guilty.

“The CPS takes crimes against young people extremely seriously and will prosecute offenders.”

“This is a great example of teams working together to ensure that a dangerous offender was brought to justice.

“The girl’s family and the wider public can hopefully be assured that the Met is committed to apprehend and bring dangerous criminals – such as Saleem – before the courts.”

Nazhat is an ambitious 'Desi' woman with interests in news and lifestyle. As a writer with a determined journalistic flair, she firmly believes in the motto "an investment in knowledge pays the best interest," by Benjamin Franklin.
Indian Dance Teacher Sexually Assaulted Two Young Girls
Manchester Businessman jailed for £250,000 VAT Fraud