DESIblitz has joined with TLC Events as the Exclusive Online Media Partner for Ustad Rahat Fateh Ali Khan’s visit to the UK. The Rahat tour will showcase famous Bollywood and Qawalli songs, as well as tracks from the singer’s new album.

"We are proud and honoured to be the Exclusive Online Media Partner for Rahat’s concert."

DESIblitz has teamed up with TLC Events as the Exclusive Online Media Partner for the much anticipated Ustad Rahat Fateh Ali Khan tour in the UK.

The Qawwali legend that is Ustad Rahat Fateh Ali Khan will be playing three spellbinding concerts across Britain.

The UK tour of this incredible performer will be as follows:

Rahat is set to mesmerise audiences with a collection of well-known Qawwalis, Bollywood hits and tracks from his brand new album, Back 2 Love.

Nephew of the late Ustad Nusrat Fateh Ali Khan, Rahat was introduced to music and singing at age only three by his uncle, and is now one of the most famous voices in Qawwali and Sufi music. 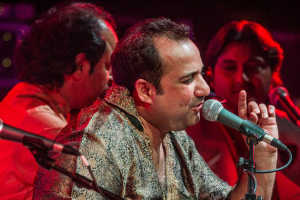 Rahat is the incredible voice behind hit songs such as ‘Tere Mast Mast Do Nain’, ‘Sajda’, ‘Dil To Baccha Hai’ and ‘Teri Ore’.

He has also sung for many famous Bollywood film stars such as Shahrukh Khan, Akshay Kumar and Salman Khan.

In 2013, Rahat’s impact on the music and cultural world was recognised with an outstanding award from the British House of Lords for his contribution to community cohesion.

Rahat himself talks of his drive to use music to integrate communities and bring people together, as he says:

“I feel that this music is my duty, to go and give the message of Sufism. My future is that one day I will fulfil the desire of Nusrat to give this message to the world.”

The singer’s new album, Back 2 Love has been long awaited. It will feature 10 beautiful tunes, some of which are collaborations with many different Indian musicians. These include Salim-Sulaiman and Shreya Ghoshal, who makes an appearance on the song ‘Rhim Jim’.

Stand out tracks include ‘Rab Jaane’, which blends electric guitar with Qawwali sounds such as the table and harmonium to achieve an exciting musical fusion.

This fusion idea is also evident in ‘Habibi’, where the duo Salim-Sulaiman are featured in a blend of techno samples, bass and more traditional Arabian themes. 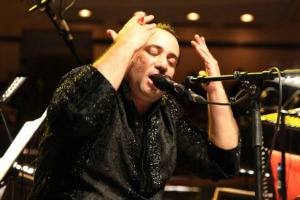 The leading track of Back 2 Love is named ‘Zaroori Tha’, and is a romantic track that comes with a video which features actors Gauhar Khan and Kushal Tandon.

Back 2 Love is Rahat’s first album after a gap of 7 years since his 2007 album, Charkha. In talking about the long process of making the album, the singer stresses that music, like love, takes time to develop:

“Love takes a lot of time. Similarly, to create good music and to produce it, it takes time and people also take time to accept or reject it,” he says.

However, the maestro assured fans that his next project will release sooner: “I am working on just Qawwalis for mainstream audiences. It has the purity of music in Qawwali form. I will release it soon and it won’t take long.”

Director Indi Deol from DESIblitz.com says: “We are proud and honoured to be the Exclusive Online Media Partner for Rahat’s concert. The Birmingham concert is a great opportunity for British Asian fans to enjoy his music, and it is great that he has decided to play 3 dates in the UK.”

Ustad Rahat Fateh Ali Khan’s album, Back 2 Love, has been released since the 9th June 2014 and fans can also look forward to the singer’s plans for the future.

For tickets for the Rahat tour, please visit the TLC Events website.

Eleanor is an English undergraduate, who enjoys reading, writing and anything media related. Aside from journalism, she is also passionate about music and believes in the motto: “When you love what you do, you’ll never work another day in your life.”
The Joys of Indian Classical Music
Yo Yo Honey Singh judges India’s Raw Star