Yo Yo Honey Singh will be the judge of a new musical talent show. India’s Raw Star will aim to find the best new musician from 10 contestants and will air from August 24th.

"The contestants are getting an opportunity which I did not get 10 years ago."

Popular Rapper Yo Yo Honey Singh will play the role of mentor on the latest reality music show soon to be launched on the Hindi entertainment channel Star Plus.

Honey Singh has become even more active across the media industry, collaborating with stars such as Shahrukh Khan, Salman Khan, Ajay Devgn and Akshay Kumar.

The rapper also joined Akshay Kumar in a performance to open this year’s Kabaddi League, and owns a team competing in the league which he named the Yo Yo Tigers.

His new music competition will be called India’s Raw Star and it will be designed to find a brand new stand out rock star from 10 contestants.

The aspiring musicians will be chosen personally by Honey Singh after digital auditions have taken place.

Over recent months, Star Plus have asked anyone interested in trying their luck in the show to upload a video of themselves singing to the India’s Raw Star website and mobile phone app. 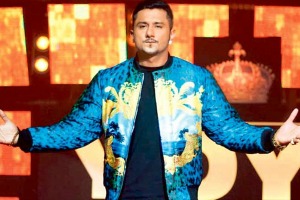 In this initial stage, Honey Singh and his creative team had to personally scan through hundreds of thousands of hopeful entries, from aspiring musicians around the world.

Now, Star Plus are collaborating with the rapper to plan out a timetable for the programme. It is stated that the competition will have a two-hour slot on Sunday at 7pm, and will begin broadcasting on 24th August.

To promote India’s Raw Star, Honey Singh has been travelling to many different parts of India this month, on a tour to increase the hype before the competition’s inaugural broadcast.

Honey Singh has spoken of his excitement about this new talent show, and has also emphasised what a brilliant opportunity it will be for the new potential stars.

He said: “The contestants are getting an opportunity which I did not get 10 years ago. I had to work on my own to establish myself. I wish I had got such a platform.

“They are getting the chance to achieve what I did after 10 years. So, they should make the most of it.”

India’s Raw Star will not just be another talent contest, however. The show aims to encourage originality and creativity, and participants will be required to perform their own compositions rather than just singing Bollywood hits. 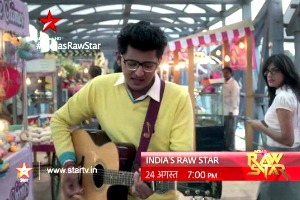 Honey Singh said of this aspect of the show: “The idea is to find the ultimate performing artiste who can create his own inimitable style of singing and is an all around performer irrespective of the language or the music genre.”

Star Plus manager, Gaurav Banerjee also emphasised the importance of song-writing in India’s Raw Star, saying: “We are looking at creating the first ever reality show in India sans playback but original voice recording.”

India’s Raw Star will feature the famous producer Gajendra Singh, and the model and actress Gauhar Khan will take her first step into TV presenting as the host of the competition.

Honey Singh himself will act as a mentor to all of the contestants, and he has also said that there will be no conventional panel of 3 judges, but instead he will take on multiple roles in the contest.

The Indian contestants are Mohit Gaur from Jaipur, Dipti Sharma who hails from Vadodra, Surj Biswas and Rituranjan Mohanty who are both from Puri, Pardeep Singh from Malout, Darshan Raval from Ahmedabad, Mohan Rathore from Ghajipur and Mansheel from Pune.

Although the majority of the Raw Star contestants are Indian, there will also be a musician from Newark, named Jeffrey Iqbal, and one from Thailand called Rimi Nique.

As the hype grows around this new conception of the talent show genre, fans can look forward to the show first hitting their TV screens on Sunday August 24th.

Eleanor is an English undergraduate, who enjoys reading, writing and anything media related. Aside from journalism, she is also passionate about music and believes in the motto: “When you love what you do, you’ll never work another day in your life.”
Rahat Fateh Ali Khan UK Tour by TLC Events
Sonia Sabri Company Present Jugni Tour 2014