Sonia Sabri is a famous Kathak dancer known for her unique choreography. Sonia and her company often tour around the world, promoting Indian dance in a contemporary context. Her latest show, Jugni, offers a unique, modern twist on Indian traditional dance.

“This concept of narrative device, and the folk style of singing, is about looking at peoples’ lives."

Sonia Sabri is an internationally acclaimed Kathak dancer, known for her unique choreography, which blends together ancient and modern kathak dance through naturalistic styles and expressions.

Sabri is particularly inspired by the meeting of South Asian with British culture, and the new ideas that this fusion can bring to light.

The dance company that Sonia formed with her husband Sarvar Sabri, the Sonia Sabri Company, has always been willing to experiment with different styles to develop the traditional South Asian Kathak form of dancing.

Now, they are returning to the stage in 2014, performing their production titled Jugni, which means ‘female firefly’. 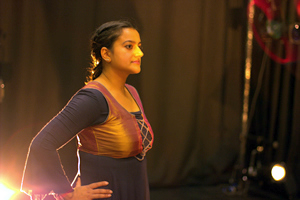 This idea of the female firefly is thought of in Indian culture as being a completely free spirit, who is not bound by materialism, social rules or responsibilities. Jugni is a show which really tries to encapsulate and develop this metaphor.

This dance was inspired by the concept of female empowerment, which has become the cornerstone theme throughout the composition.

The Jugni production was commissioned by GemArts, and has already toured to various venues across the UK.

The culmination of this summer’s collection of performances was a show at the Edinburgh Mela in early September 2013.  During October 2013, Jugni was performed in the cities of Kendal, Birmingham and Newcastle.

Following the success of this first touring session, Sonia spoke to DESIblitz about using the traditional form of Jugni dancing, a storytelling format originally from the Punjab in India, to create her own artistic production. 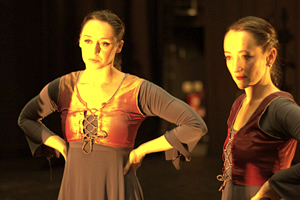 Sabri also talked about how the show was heavily influenced by women she had met, who wanted to utilise music and dance as a form to express stories that they had not found another platform for:

“We’ve got quite a lot of interested women who wanted to use dance, and wanted to use music, song-writing, playing an instrument, to share some ideas, some personal stories they’ve never managed to do.”

“There are some very, very confident, very tough women out there and I think I wanted this to be, I suppose, like a Salaam to those women.”

Thus, the show’s five dancers, of whom Sabri is one, are all female.

The choreography tells the stories of women from all over Britain. They had initially shared their thoughts with Sabri and her colleagues. 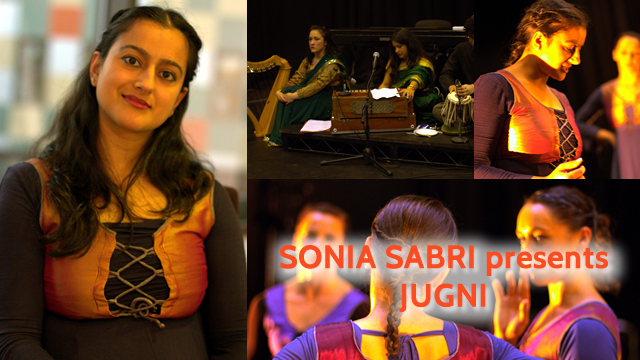 In some South Asian cultures, these qualities are overlooked or seen as repressed aspects of femininity, something Sabri wished to fight against with Jugni.

Musically, the show is inspired by Qawwali, which is an old form of Sufi music that originated through devotional songs. Jugni is scored by tabla musician Sarvar Sabri. 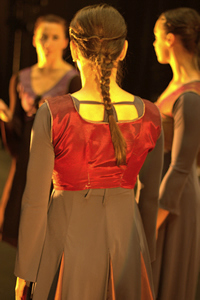 The Qawwali genre has become more popular since it has been performed at many festivals around the world, such as WOMAD.

Sabri talked about the influence of this Qawwali-inspired soundtrack on the choreography, as she told DESIblitz:

“There’s a lot of high-beat, high-impact performance through the dance because of the music, it’s so driving. And the audience are always tapping their feet to it as well.”

Throughout Jugni the inspiration of Qawwali music is put together with an interesting mix of Welsh and Urdu vocal parts, Egyptian percussion parts, and Savar Sabri’s signature tabla.

The musicians that form the musical accompaniment to Jugni’s dancing come from a variety of differing cultures and nationalities.

Sarvar Sabri says of this eclectic soundtrack: “We didn’t necessarily go out of our way to find artists of different nationalities. We head hunted the most talented female artists who had a passion for their art as well as for the subject matter of Jugni.”

“It just so happens that we have British based artists of Indian, Welsh and British nationalities who specialise in several instruments, vocals and poetry,” he added.

From both a dance and musical perspective, Jugni shows Savar and Sonia Sabri discovering new talent and showcasing female artists across all areas of performance. 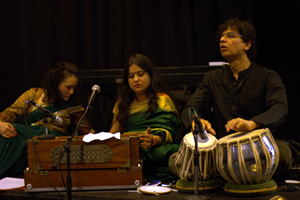 In addition to touring Jugni, Soniai is continuing her drive to develop traditional Indian dance, whilst encouraging more people in Britain to become involved with this medium.

Both Sonia and Sarvar Sabri are associate artists at the Midlands Arts Centre (mac Birmingham), where they teach a variety of classes on music and dance development.

They will also be running a special master class in association with GemArts at Dance City in Newcastle. This class will take place on 07 October, 2014.

Sonia Sabri is contributing immensely to the Kathak world, especially as she continues to develop traditional dance with a modern twist.

Starting on 24 August 2014, the Sonia Sabri Company will perform Jugni in a tour comprising three dates. More details of the performances can be found at the dance company’s website.