Romance with a musical twist, a clever send up of classic Bollywood love stories. Jugni looks at the complexities of modern romance. DESIblitz reviews.

There is a cute awkwardness between the two leads

‘There is a bittersweet joy in not ending up together’. These words echo throughout Shefali Bhushan’s debut feature film, Jugni, a story of aching hearts and different worlds.

The film is an endearing exploration of culture clash, the importances of music in small communities and the seductive power of passion.

A beautifully shot, slow burn romantic drama, Jugni offers a lot to engage its audience with but is held back from brilliance by a few odd directorial choices. DESIblitz reviews.

From Mumbai to Punjab 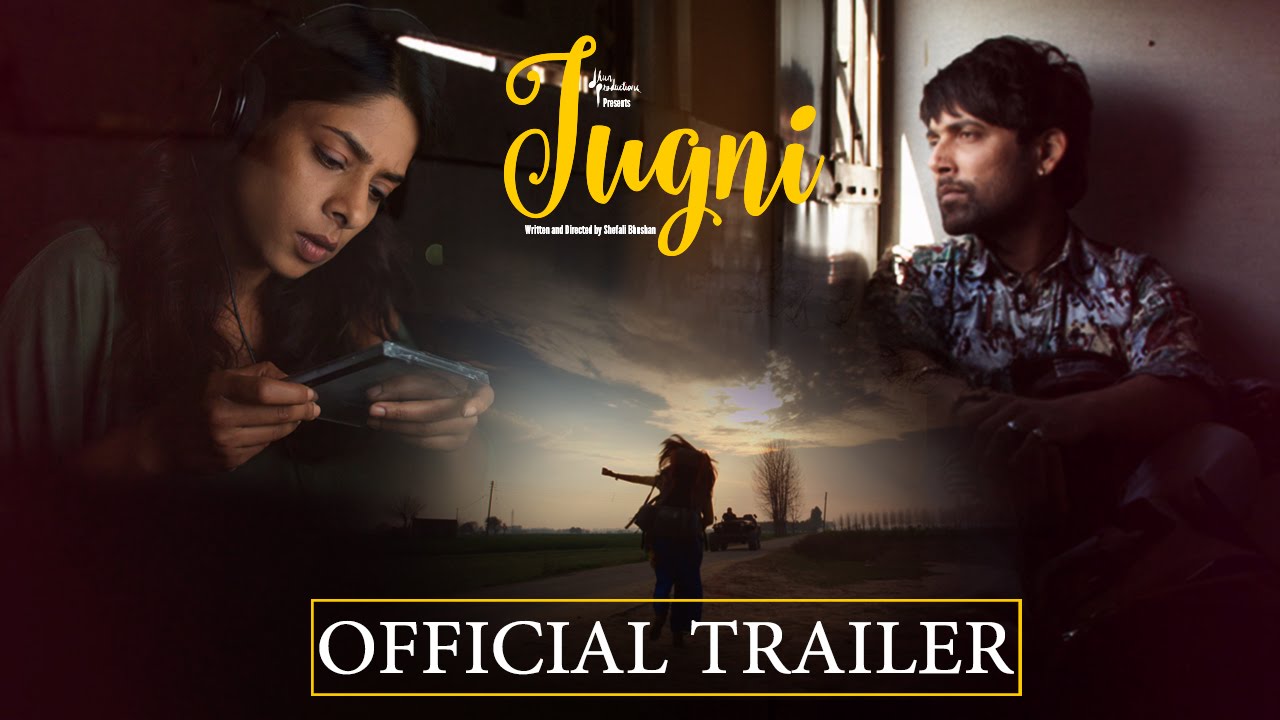 Jugni is the tale of Vibs, a music producer embarking on her first major project for a movie. In a creative funk and suffering relationship problems, Vibs travels to a small village in Punjab to seek out cult folk singer and local legend Bibi Saroop (played by Sadhana Singh).

While struggling to capture the true heart of Punjab’s folk music, Vibs and Mastana also find themselves drawn to one another, with conflicted loyalties to their respective partners, Sid and Preeta. 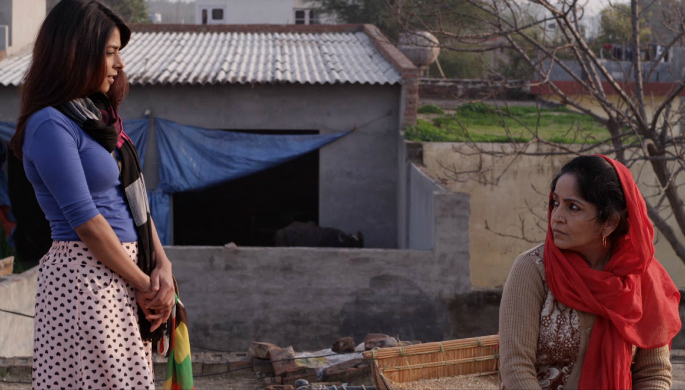 Jugni is a visual and audio delight. Memorable, colourful shots of the Punjab countryside are complemented by an energetic, passionate soundtrack by Clinton Cerejo, with contributions from industry legends A R Rahman and Vishal Bhardwaj.

The film’s opening, charting Vibs’ journey from Mumbai’s loud crowded streets to Punjab’s serene rural paradise at times draws instant comparisons with the animated works of Studio Ghibli. Much of the film’s composition validates this comparison.

It’s the attention to detail that elevates Jugni above its cohorts. The film’s quieter moments give it a space to breath that allows the audience to take stock of the environment and reflect on previous scenes.

This is helped by its clean direction. Many films suffer greatly from visual noise; scenes set up to show hundreds of interactions, quick cuts and long pans designed more to congratulate the Director of Photography’s technical skill than service the audience. 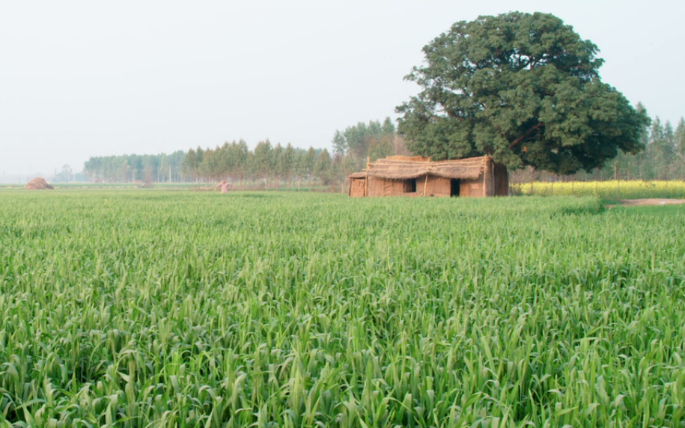 A more truthful test of skill in film making, however, is self-restraint. Each shot feels like a painting, something that someone sat down and thought a great deal about before committing to it.

The same is true of the film’s luscious soundtrack, a cathartic mix of contemporary and traditional that is thematically relevant.

As Vibs searches for the perfect sound to complement her soundtrack, a decades long tension between Bibi and Mastana peeks above the surface.

In this respect, Jugni’s soundtrack really does feel like a deconstruction of Bollywood tropes. The brightness, colour and energy fans have come to expect is all there, but the film’s creators have made music part of the narrative rather than a series of engaging intermissions.

The way this has been done is so effective, in fact, that it is all the more maddening when Jugni breaks its own rules.

After a strong first half, one scene in which Vibs and Mastana perform a duet, almost undoes all the goodwill built up thus far. 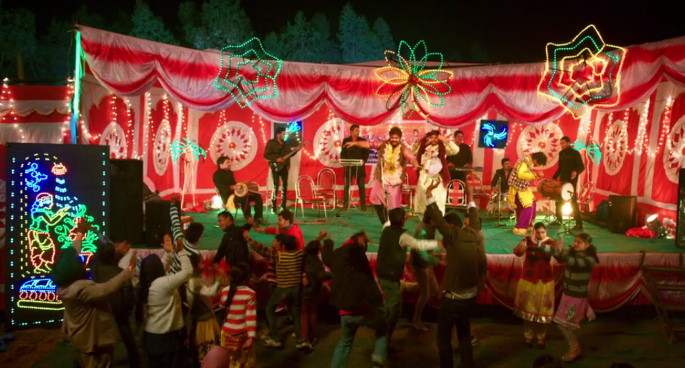 The song and its backing instruments feel incredibly out of place, given the context of the scene, and some weak editing makes it very clear that Garg and Behl are lip synching.

While not a deal-breaker, it is disappointing that the film felt the need to use such a tired trick when it had been doing so many things so well.

With compelling performances from its leads, Jugni engages the audience with a very human story, one that feels genuine. Garg and Behl have the right sort of on screen chemistry for the context of their characters.

There is a cute awkwardness between the two leads, one that fits in with the narrative of a city girl and country boy romance.

Since dialogue is very filmic in its delivery, it wouldn’t be right to call it a natural performance, but it certainly feels authentic in relation to the film’s overall tone. 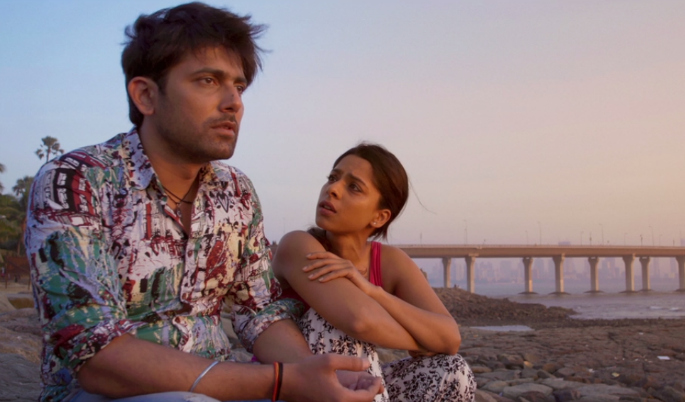 Leads aside, many of the film’s supporting cast are also excellent. In particular Sadhana Singh excels as Bibi Saroop, despite not getting much screen time, she dives deep into her role as the world weary musical matriarch and most importantly is believable in the role.

Samir Sharma’s performance as Vib’s long suffering but somewhat antagonistic boyfriend Siddarth portrays a intelligent, conflicted man who is torn between compassion and fury as his relationship with Vibs starts to fray..

What is particularly great about Siddarth as a character is that he’s never portrayed as a villain. Yes, in the context of the film’s core romance he is an antagonist, but he is also shown as someone who, while angry with Vibs, doesn’t stop loving her.

The one big disappointment comes from Preeto, played by Anurita Jha. Jha herself is very good as Mastana’s bratty, jilted lover, almost comical in her performance. The problem lies, as with other ancillary characters, in how little screen time she gets.

You never really get the feeling for Preeto’s development as a character, as you do with the film’s other players, and as a result, she comes across as someone who is shoehorned in to artificially inflate romantic tensions. 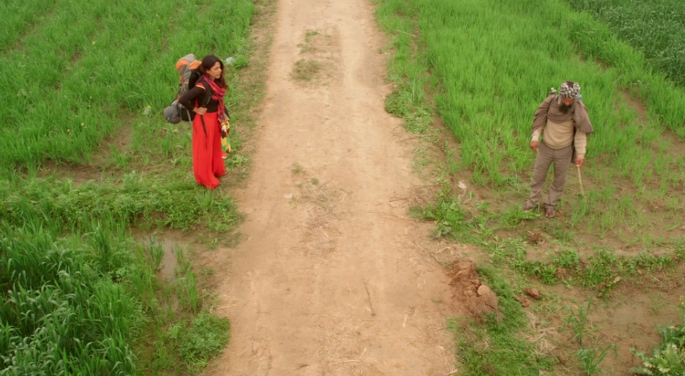 Taking away from the film as a complete entity, we are looking at what is a very good film. It offers both a lot of entertainment value and something extra for fans of great filmmaking.

With some minor niggles, one important cinema sin that Jugni does NOT commit is wasting the audience’s time.

Coming in at just under 2 hours, the film is incredibly well paced and offers something new frequently enough to keep the audience on its feet.

If you like romance and music, this is right up your alley.

Jugni is available to stream on Netflix.

Tom is a political science graduate and an avid gamer. He has a great love of science fiction and chocolate, but only the latter has made him gain weight. He has no life motto, instead just a series of grunts.
An Evening with Sharmila Tagore at LIFF 2016
5 Things Priyanka Chopra did by her 34th Birthday