"It is the half shades, the hardly audible notes that I want to capture and explore"

Satyajit Ray once said: “Somehow I feel that an ordinary person–the man in the street if you like – is a more challenging subject for exploration than people in the heroic mould.

“It is the half shades, the hardly audible notes that I want to capture and explore.”

The London Indian Film Festival (LIFF) is one of the most anticipated events of the year for the independent film lovers. LIFF has been able to bring some raw talent in independent cinema and filmmaking into to the limelight.

Indie films are feature movies made outside of the conventional mainstream studio system which involves enormous challenges.

Jalaler Golpo (Jalal’s Story) is a heart melting portrayal of rural life and struggle in Bangladesh. The story is narrated through the eyes of an orphan who witnesses discrimination, Inequality, superstitions, gender bias and extreme poverty as he grows up.

Talented Bangladeshi filmmaker Abu Shahed Emon is the man behind this heart-rending movie. Apart from directing and editing the film, he is the one who has written the screenplay.

A psychology student who had a strong passion for the cinematic features Abu Shahed Emon studied the art professionally in Melbourne Australia.

Emon has directed several short films and documentaries and Jalal’s Story is his debut feature movie.

The story of Jalal is related in three chronicles. A man finds an abandoned baby amid the dense waters of the flowing river.

The baby becomes a source of good luck as the small village of fishermen seem to get fish in abundance with the miracle baby’s arrival. He is named Jalal. 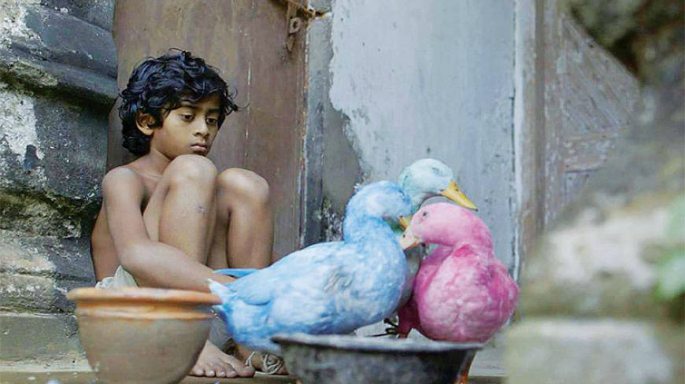 With time, however, calamities plague the village making people superstitiously believe Jalal as a curse.

He is abandoned in the same waters only to be found by a rich man, Karim. Karim marries several times hoping to have his own offspring so that he can maintain his prestige within his community. He marries Rahima when Jalal is around 10 years.

She showers Jalal with affection and there begins a beautiful relationship. Rahima is unable to produce a son and stays barren.

The happiness is short lived as the shaman who was brought to make Rahima fertile, points his finger at Jalal. Despite Rahima’s pleas and tears, Jalal is thrown into the waters once again with the label of bad omen.

In his early twenties, Jalal is portrayed as the henchman of a heartless gangster Sajib, who is also a budding politician. Violent and cruel Sajib abducts a girl and eventually she becomes pregnant. Jalal looks after her with care and warmth.

Shila dies in childbirth leaving the baby in the wilderness of the world. Sajib orders his man to throw the baby to protect his reputation. Jalal is devastated.

Mosharraf Karim, Mousumi Hamid, Arafat Rahman, Tauquir Ahmed, Shormymala, Kazi Rakib, and Mohammad Emon star in the film. The overall acting is authentic and good as each actor was given a very demanding, emotional role.

A poignant storyline, set against the backdrop of a contemporary political and social arena, with an enlightening visual feast, Jalaler Golpo (Jalal’s Story) is a clear masterpiece.

Abu Shahed Emon interweaves the heart-wrenching tale with a subdued tone of gloom and despair seasoned with black comedy.

Water is portrayed as the metaphorical symbol of Jalal’s life cycle. Life in Bangladesh is woven around the sea and the rivers. Jalal’s Story is just one of the numerous melancholic stories found in the enchanting waterbeds, hidden in its intimidating depths. 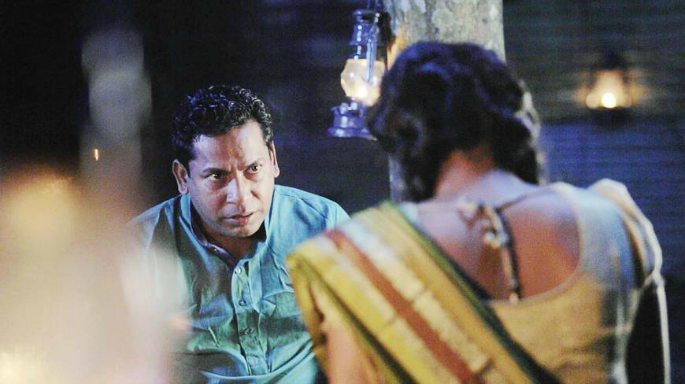 The film is undoubtedly a feast for the eyes thanks to the production and the cinematography team. The rural life of Bangladesh is captured strikingly on camera with its crude unpolluted imperfections.

The flowing rivers, spreading greenish fields, infinite shades of the sky and the fluttering wings of the birds fill all senses with a nostalgic serenity.

The survival of the fishing village, the cracked walls of an ancient house, the bride’s adornment blended into her mischievous glance, tears of rage and untold emotions were brilliantly shot in unique angles.

The sound effects and the music blend beautifully into the slowly developing flow of the story.

Jalal is beaten, abandoned, side-lined and rarely considered as a person with self-dignity. He speaks very less throughout the film but communicates powerfully through his body language.

He is helpless against the bricks life throws at him. Jalal has a compassionate and very sensitive heart in disguise.

The women portrayed in the film are a good illustration of discrimination and violence against women throughout the world and in all cultures. Though they live within the confines of rigid gender norms, they are the ones who show Jalal compassion and love.

The story ends with a poignant feeling, leaving a colossal void within the heart which can never be filled.

Hats off to the director and the team for a magnificent creation and the labour of love behind Jalaler Golpo.

Shameela is a creative journalist, researcher and published author from Sri Lanka. holding a Masters in Journalism and a Masters in Sociology, she's reading for her MPhil. An aficionado of Arts and Literature, she loves Rumi's quote “Stop acting so small. You are the universe in ecstatic motion.”
Kabali Craze hits India showing Rajinikanth Dominance
Great Grand Masti reunites Vivek, Riteish and Aftab