Leena Yadav’s Parched takes the audience on a distressing yet uplifting journey of female freedom for the 2016 London Indian Film Festival’s opening night.

Bijli is a free spirited dancer who moonlights as a prostitute

The feminist drama is a co-production from LA based Shivalaya Entertainment and Bollywood star, Ajay Devgn, who was present at the screening along with Yadav at Birmingham’s Cineworld Broad Street on July 15, 2016.

Written, directed and co-produced by Leena Yadav, known for her earlier directorial ventures Shabd and Teen Patti, her third feature critiques the often-harsh treatment of women in the absence of unrestricted social norms.

Set in a remote desert village in Gujarat, Parched sensitively tells the story of three ordinary women who live in a tightly controlled world.

Rani (played by Tannishtha Chatterjee), a young widow who lost her husband at 16 and struggles to bring up her teenage son, careful to follow every village rule.

Her vivacious friend Lajjo (played by Radhika Apte) is always brimming with positivity however is trying unsuccessfully to have a baby with her abusive husband. 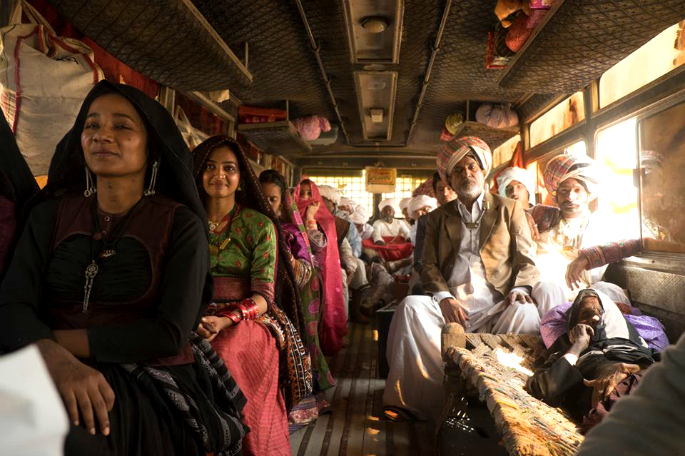 The accepted approval of patriarchy trembles when Rani finds a bride, Janaki (played by Lehar Khan) for her 17-year-old son, Gulab (played by Riddhi Sen).

This provokes the three friends to question a world in which their sexuality is both shunned and desired. Although immensely different, they find themselves initially connected by their upsetting acceptance of the tragedy of their lives, before discovering truth.

They realise that they are as parched as the dry desert they reside in, thirsting for more than what life has given them.

Yadav’s contemporary melodrama explores gender, sexuality and the unquestioned acceptance of patriarchy through lighthearted conversations between the three women. Think Sex in the City meets a rural Indian village.

It is easy to tell the passion with which Yadav tells the story and to immediately connect with her characters that are all full of life and wonderfully complex. 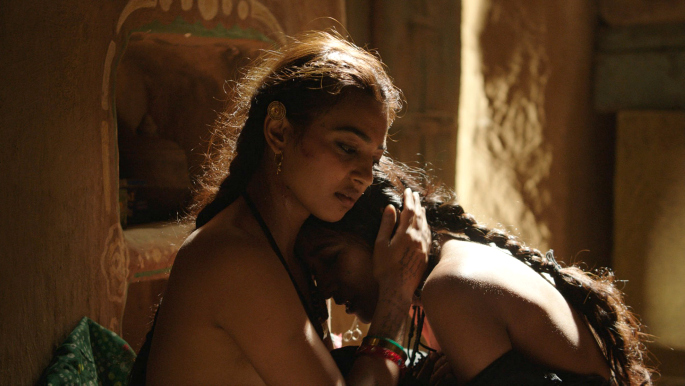 Yadav compassionately frames the lives of the characters with the allowing for each of the women to undergo their self-actualisation through several tormenting experiences.

She is able to beautifully craft a bittersweet story in which her concerns about discrimination and violence against women are clear in nearly every scene of the film.

While themes such as patriarchy and discrimination are the central subjects of the production, the moments that stay with the audience and make the film truly inspiring are the moments of tenderness between the three friends.

The actresses also give committed and effortless performances and have such easy chemistry for each other that they immediately have you cheering for them.

As well as the plausible direction and acting, the tranquil music by Hitesh Sonik in moments of true emotion never manages to overshadow the very human stories that are being told in this inspirational drama.

Cinematographer Russell Carpenter, winner of an Oscar for is work on Titanic, also creates colourful and rich visuals that add to the intensity of this hard-hitting film, especially the stunning shots of the four women on a motorbike illuminating the dark blue dessert. 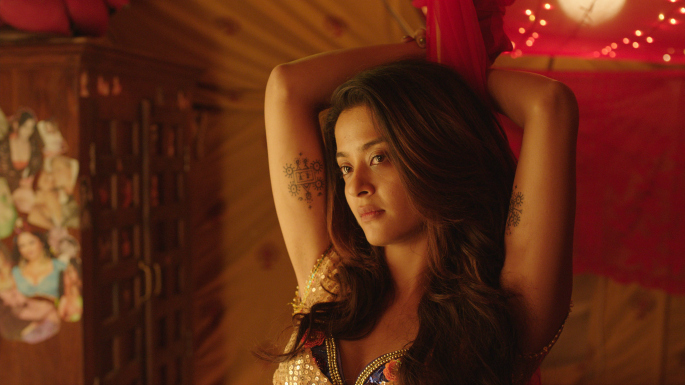 From the stark desert landscapes to the boisterous songs in Bijli’s performances, the visuals and music work together to create some truly remarkable sights.

Parched is a strikingly original and tough film with stunning performances from the three central actresses, which make the audience laugh with the characters while deeply being able to understand their struggles and sorrows.

The frames for the whole 117 minutes that the drama runs for are always filled with bright colour and infectious rhythms that lift the film to make it a feel-good movie.

Parched is funny, fresh and upbeat in the way that it exposes the complicated and often dark topic of sexual politics in rural India.

It is vibrantly alive, full of colour, movement and music which makes it a must watch film that will stay with you long after watching it.

Running until July 24, 2016, in Birmingham and London, LIFF’s vibrantly cured selection of the very best of South Asian Independent films and documentaries will be screened in a wide range of languages.

Gayatri, a Journalism and Media graduate is a foodie with an interest in books, music and films. She is a travel bug, enjoys learning about new cultures and lives by the motto “Be blissful, gentle and fearless.”
London Indian Film Festival 2016 launch in Birmingham
An Evening with Sharmila Tagore at LIFF 2016