The Joys of Indian Classical Music

Indian classical music soothes the mind and rejuvenates the spirit. It is scientific and complex, and mastering it can take a lifetime. DESIblitz details the history of Indian classical music, its subtleties and famous practitioners who have enthralled us with their musical masterpieces.

"The origin of Indian classical music was in the spiritual traditions of the country." 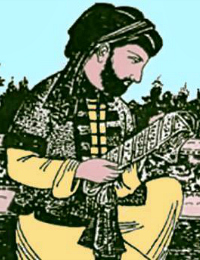 Amir Khusrow studied Vedic music and created many compositions that blended Indian and Persian music. He is also credited with inventing many major Hindustani music genres.

Tansen was a renowned Hindu musician in Emperor Akbar’s court. It is said that when he played a night-time raga during the day, clouds gathered in the sky and the city became quiet like at night.

Sitar maestro Pandit Ravi Shankar explains: “A raga is a scientific, precise, subtle and aesthetic melodic form with its own peculiar ascending and descending movement consisting of either a full seven-note octave, or a series of six or five notes in a rising or falling structure called the Arohana and Avarohana.

“It is the subtle difference in the order of notes, an omission of a dissonant note, an emphasis on a particular note, the slide from one note to the other…that demarcate one raga from the other.”

There are six main male ragas, namely Bhairav, Megh, Shri, Deepak, Hindol and Malkauns. Each of these raga has five wives or raginis. Together, these couples have eight offspring or raga putras each. Thus totally there are 84 ragas in Indian music. 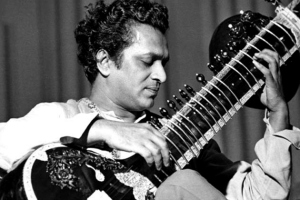 Spiritual master Osho said: “In Indian music there are ragas. A raga is a certain type of music for a certain period of time. For example, for the morning, one raga; for the evening, another; for the middle of the night, another.”

Hindustani music which is popular in north India was significantly influenced by Persian music. Its two primary forms are khyal and dhrupad. Islamic influence helped to fuse Muslim and Hindu music to create the khyal and qawwali.

Indian music also has its foundation in sangeet which is a combination of instrumental music, vocal music and dance. Today these three have developed into highly refined art forms.

Famous classical singers and musicians have popularised Indian music all over the world. Ustad Ali Akbar Khan and Ustad Amjad Ali Khan are revered for their brilliant compositions on the sarod. 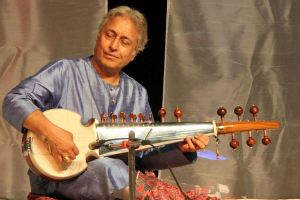 Hariprasad Chaurasia’s melodious playing of the bansuri or bamboo flute has made this genre popular among the masses.

Pandit Ravi Shankar was a world famous musician who single-handedly popularised Indian classical music in the West. He even coached the Beatles and influenced them so much that they included the sitar in a few of their hit tracks.

Music experts say Indian classical music has kept up with the times and is alive even today because it has embraced change. Music teachers today use modern technology to educate their students via the lecture-demonstration format.

Legendary classical vocalist Pandit Jasraj opines that technology has immensely benefited students of Indian music. In earlier times, it would take 10-15 years for a student to become a good singer.

Today, thanks to the use of recording technology a trainee can become a proficient singer in just three to four years.

The evergreen classic songs in movies like Baiju Bawra (1952), Mughal-e-Azam (1960) and Pakeezah (1972) owe their enduring popularity to their classical base. 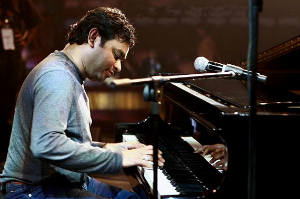 Bollywood playback singer Suchismita Das says: “Indian classical music is difficult. There are fine nuances in this genre, which have to be understood.

“Each song requires deep attention to details. Indian classical music is our strength and every singer’s roots have to be firm in this.”

Indian music and spirituality go hand in hand. Santoor maestro Pandit Shiv Kumar Sharma says: “In India the origin of Indian classical music was in the spiritual traditions of the country. Music that creates spiritual bliss, for the performer and is shared by the listeners is the essence of this art form even today.”

India and South Asian are very much known for their love of music. And steeped in a rich history and culture, Indian classical music continues to be relevant even today as it evolves and moulds itself with modern techniques and younger generations.

Arjun loves writing and has a Master’s degree in Journalism and Communication from The Ohio State University in the U.S. His simple motto is “Do your best and enjoy the rest.”
UK Official Charts now includes Streaming
Rahat Fateh Ali Khan UK Tour by TLC Events