Streaming has revolutionised the way that we listen to music. New plans to incorporate this into the UK Top 40 could transform music charts as we know them, but is this for the better?

"Streaming is a shift in the way hardcore music fans, are accessing their music."

The Official UK Top 40 has seen a complete overhaul in its design, with digital streams of popular tracks now also being counted alongside download statistics.

According to the Official Charts Company (OCC), future charts will incorporate a new set of data via streaming from a range of digital platforms.

These approved sites include Spotify, Deezer, Napster, Xbox Music, Music Unlimited, Rara and others, where users have subscribed and pay a monthly fee to stream their favourite songs.

Changes in music listening trends have altered dramatically over the last decade. Remember when you would eagerly await for the end of school so you could pop into Woolworths and buy the latest single? 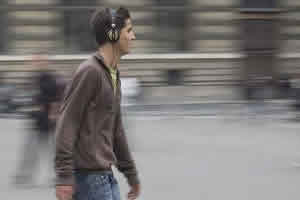 Traditionally, music charts were based on physical record sales, at a time when CDs and cassette tapes were routinely popular among music lovers.

In 2004, physical CD sells had the biggest share in the UK music industry with 26.5 million sales. Digital sales contributed to only 5.8 million sales and streaming at this point was widely unknown.

Martin Talbot, the Chief Executive of the OCC says: “The singles chart in the UK has always been purely based on the sales of singles, whether it be downloads or CDs or cassettes or even 7in vinyl, so broadening that for the first time to incorporate audio streams is a significant event.

“The chart has always evolved over 50 years to incorporate lots of different formats and the different ways people consume music and I suppose this is part of this evolution.”

Advances in technology and of course, our increasing dependency on the internet has seen a significant change towards how we are now able to access music – via a digital platform. On-line downloads gradually became the norm and in some cases an easier option for many young people. Now streaming is the new vogue:

“Over the last 18 months we’ve seen a real explosion in the amount of streaming that goes on and it’s a rapidly growing market. It’s a shift in the way music fans, particularly hardcore music fans, are accessing their music.

“This singles chart is all about representing and reflecting music popularity and we felt that because of this rapid growth, we had to look to include streaming in our data,” Talbot adds. 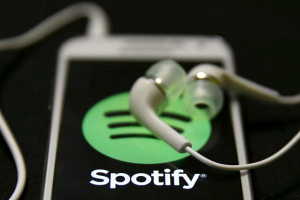 The beauty of streaming is that it offers the user the opportunity to listen whatever they want to. Most websites work via a monthly subscription, typically £9.99 per month, which allows the user access to a whole library of music, current and old, from every genre.

Statistics suggest that 200 million streams are made each week, and now according to new Chart rules, 100 streams will be equivalent to 1 download.

Listeners can therefore expect a more realistic account of what is trending and what is not. High numbers of streams will also count towards BPI’s famous Certified Awards Programme.

Chief Executive of BPI, Geoff Taylor says: “Our Certified Awards are widely-recognised as an iconic barometer of an artist’s success. As with the charts, it’s vital they continue to reflect the new ways that fans consume their favourite music. 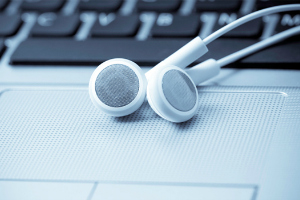 “With streaming becoming ever-more popular, it’s the right time to ensure this exciting new format is included in the way our awards are compiled.”

As Talbot says: “The new chart is still the most trusted and definitive measure of Britain’s music tastes but it will be a purer reflection of popularity, it’s more democratic. It tells us what songs people are actually listening too over days, weeks and months.”

But the move must be welcome to British Asian artists who continually struggle to be recognised in the mainstream. With issues of illegal downloading and piracy already crippling the music industry, streaming has been seen as a way to counter this, and give artists the recognition they deserve. 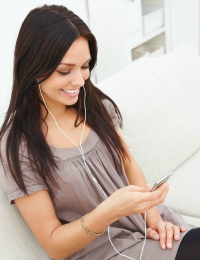 On the other hand, while incorporating streaming into charts is a welcomed idea, could this be a deliberate decision by the OCC to stay relevant?

Previous generations fondly recall relying on the radio to hear the Official Top 40 on a Sunday afternoon, but the tech savvy youth can find everything they need on-line. Once a prestigious platform, the charts over the years have lost their credibility.

Such a move also opens the chart to the vast community of UK streamers, who have up to now been excluded.

What is obvious is that the popularity of music itself hasn’t changed at all – only the way it is accessed. People are less inclined to pay for music and overall it has hugely backlashed on the music industry that can no longer rely on traditional record sales to earn money.

Streaming is the new trend, and now rules the UK music industry, but is it sustainable? And is it a viable route for unknown artists and musicians seeking to break into the competitive music world?

Aisha an English literature graduate, is a keen editorial writer. She adores reading, theatre, and anything arts related. She is a creative soul and is always reinventing herself. Her motto is: “Life is too short, so eat dessert first!”
Raja Kaasheff ~ A Singer with True Talent
The Joys of Indian Classical Music