San2 is a British Asian singer-songwriter. Classically trained at a very young age, San2 can sing anything he puts his mind to. His new release ‘Nayo Lagda’ has created waves since its release a few weeks ago. DESIblitz caught up with San2 to find out more about his passion for music.

"Somewhere in the family, everybody's got the ability. It's a family blessing."

Released a few weeks ago, the 22 year old shot straight to number one on iTunes and remained there for a week.

The music industry across the globe has completely embraced both the song and the artist. From TV and radio presenters, artists, fans and Bollywood music legend Shaan, all have congratulated the singer and sent him messages of support.

Born in West Bridgford, San2 was brought up in a family of talented musicians and singers going back generations. His father Deedar Singh, who wrote San2’s fantastic track says: “Somewhere in the family, everybody’s got the ability. It’s a family blessing.”

As San2 explains, the gift of music originates back to his great-grandfather who was a Ragi (someone who sings holy songs in temples). Needless to say, the tradition for classical music has lived on: “He started doing the tabla and singing when he was three or four,” says his mother, Satvir Kaur. 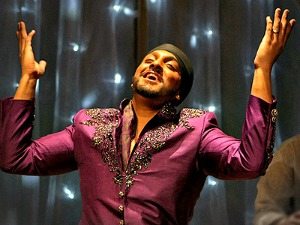 By the age of 10, San2 was classically trained on the tabla. At 12, he first appeared on television, singing at a song contest on the Disney Channel:

“I remember at that age I was really shy. I went to do the competition and I got a beautiful response amongst all the Western crowd. I think I was the only Asian. I came semi-finals in that competition,” San2 says.

In 2008, San2 won a British Asian singing competition called Chak de Phatte. He also tried out for Britain’s Got Talent but didn’t make it past the opening stages. However, this never stopped him from going after his dreams.

San2 gained more attention in 2009, during an spell-binding performance at the New Art Exchange café. With just his voice and the backing of a couple of traditional Indian instruments, San2 took the microphone and wowed the room, leaving the audience stunned into silence.

He began with a couple of traditional Indian songs before effortlessly diving into English as the song moved into R&B: 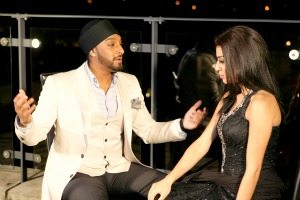 “I do an equal amount for each but I’m looking to get more into the R&B scene. The Asian stuff comes easier because it’s my mother tongue – it’s what I’ve been brought up to sing,” San2 says.

San2 is the first artist to be signed to the newly formed Virtual Recordz Label, run by Music PR guru Raj Ghai:

“I knew that San2 was destined for great things the moment I heard him sing. Virtual Recordz was set up to find new talent and change the game. I truly feel that the release of ‘Nayo Lagda’ is the start of an exciting year for both him and the label. Virtual’s strapline is ‘Making Noise’ and that is exactly what San2 has done!” says Raj Ghai.

San2 has also found a new fan in superstar Shaan, who has spoken very highly of the singer. Shaan even tweeted San2, calling him a ‘True Talent’.

The extremely humble San2 later responded: “Am I dreaming? The famous singer Shaan that I watch on TV and listen to all the time is talking about me! I’m going to pinch myself and wake up!”

San2 has been left astonished and amazed by his new found popularity:

“It all feels like a dream. This time last week I was sitting at home nervously wondering how people would react to the track. I have been amazed and humbled by the love that everyone has shown me. I just want to thank everyone for giving me a chance to sing and share my love of music with them.” 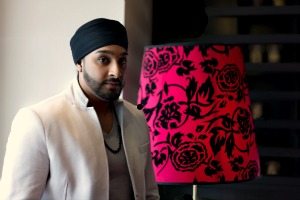 San2 has what can only be described as a true vocal talent. Singing comes as naturally to him as walking and talking. His choice of releasing a well-produced qawwali has also had the added bonus of truly establishing him as a credible musician and artist.

‘Nayo Lagda’ was always expected to be a hit, with the music produced by Dharam of DSD Musik. The lyrics were coined by San2’s own father, the remarkable Deedar Singh.

His music video was directed by British Asian celebrity Ameet Chana, famed for his roles in ‘Eastenders’, ‘Bend it Like Beckham’, and numerous other films.

This beautiful song has captured the heart of thousands; San2’s stunning vocals are a breath of fresh air and have brought a new light to the Asian music industry. His upbeat, expressive qawwali track takes listeners on a musical journey. ‘Nayo Lagda’ is one of those songs you can always listen to again and again, no matter what mood you are in.

Meera grew up surrounded with desi culture, music, and Bollywood. She’s a classical dancer and mehndi artist who loves everything connected with the Indian film and television industry and the British Asian scene. Her life motto is “do what makes you happy."

Photography by Raheel Shahid for DESIblitz.com