Naseebo Lal ~ talks about her Life and Music

Naseebo Lal is the contemporary answer to Melody Queen Noor Jehan [late]. She is considered as one of the best female Punjabi singers across the globe. DESIblitz met up with the singer to find out more about her music and life.

"Sur has no limits, like the sea it can change in direction”

Naseebo Lal is a famous Punjabi singer from Pakistan, who is also very popular in India. She has become a household name, appealing to a fresh music loving audience around the world.

In a career spanning over thirteen years, Naseebo Lal has recorded over 1500 songs. Apart from Punjabi, Naseebo Lal sings in Marwari [Rajasthani], Urdu and Pashto.

Often compared with the late Noor Jehan, Lal is renowned for the beautiful ‘Sur’ [tone] that flows in her voice.  She has sung many of Noor Jehan’s classical songs such as ‘Jadon Holi Jai Lenda Mera’ and ‘Anda Tere Layee Reshmi Rumal.’ These tracks have also been remixed by British music producers.

Naseebo Lal was born into a nomadic family, who were originally from Rajasthan, India. The gypsy sounding tribe migrated to Pakistan soon after the partition of India. Naseebo Lal, who always wanted to sing from an early age, spent her childhood singing at weddings and family gatherings.

Growing up, Lal was frequently singing songs of Madam Noor Jehan, but never did she think of appearing on stage or television, especially as it was against her family’s tradition. As she gained popularity, the family gradually supported her to take up singing as a profession. 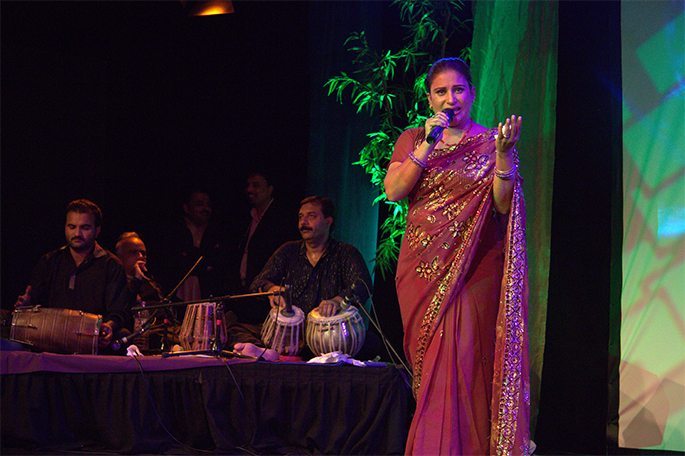 She learnt the art of singing initially from her mother, who was one of many talented artists in the family. She took further training under the guidance of Ustaad Lal Khan. Her industry Ustaad was tabla maestro Tafoo, who is known for composing the famous song ‘Sun Ve Balori Akh Walia’ from the film Anwara [1970].

Naseebo Lal received her first break when Producer Sarvar signed her up for his Punjabi film Desan Da Raja [1999].

“I am very indebted to Sarvar saab for giving me this chance, which transformed my life forever,” said Naseebo Lal. 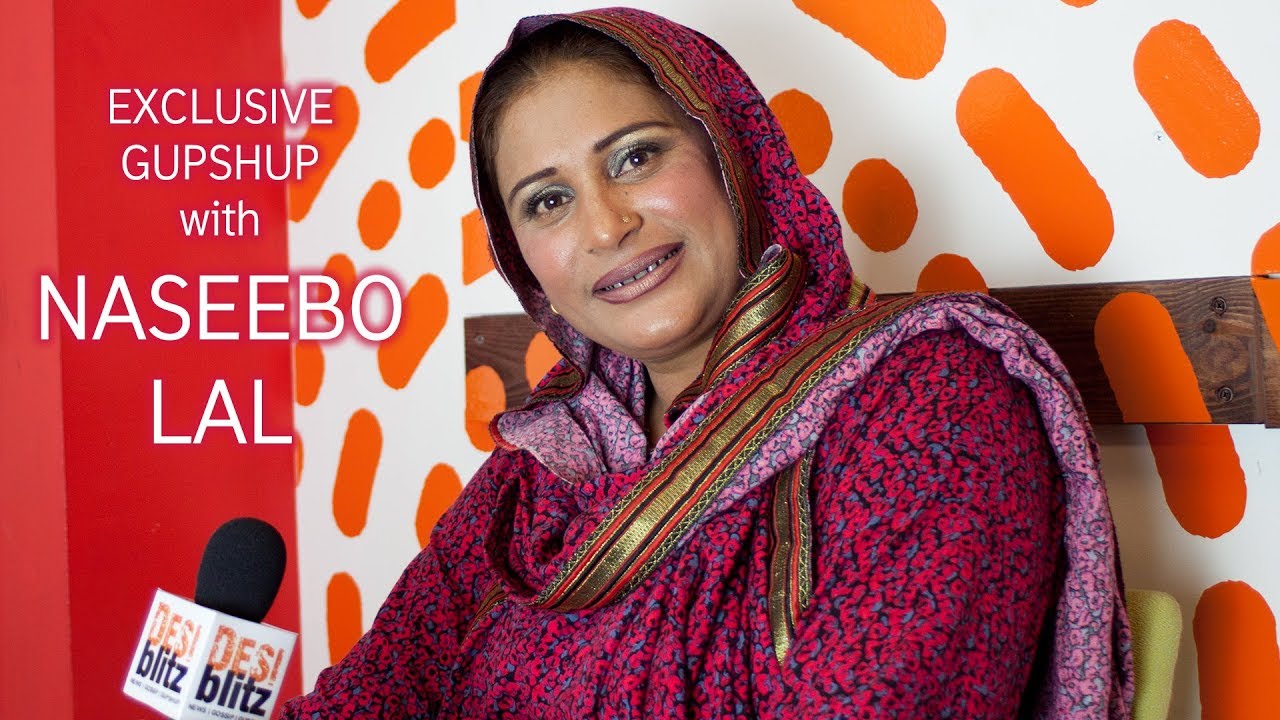 She then recorded the Hans Rans Hans song ‘Silli Silli Aundi Hawa’, following a request from a writer in Pakistan. When asked on Lashkara TV if Hans Raj Hans had an issue with her singing this track, she replied: “I was complimented for singing it so beautifully.”

After the success of ‘Silli Silli Aundi Hai Hawa’ she started getting big offers. Subsequently she sung many songs for the Lollywood film industry. In the UK, many of her albums were released by the record label Oriental Star Agencies [OSA]. 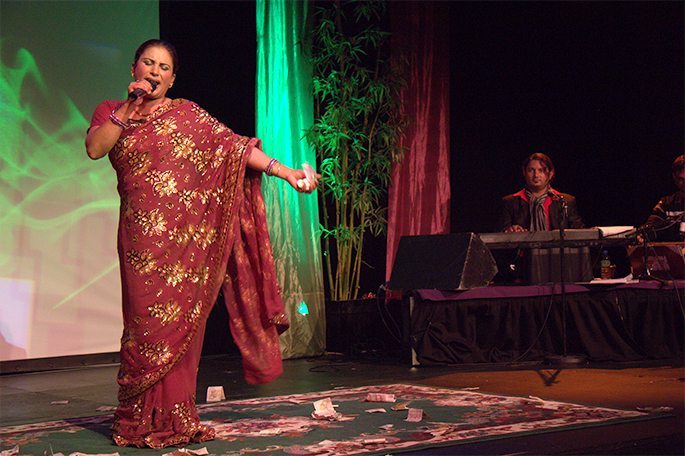 Besides Pakistan, Naseebo Lal has successfully put some great shows across the world. Stage artists such as Nargis, Nisar Butt, Shabnam Chaudhry, Zubin Shah and Nadia Ali have performed alongside her.

In 2012, Naseebo Lal delivered a unique concert at The Drum Theatre in Birmingham, England. Fans of traditional Pakistani folk and Lollywood music enjoyed this concert from a singer who has featured on more than 100 albums. Speaking to the media, the music icon thanking all her UK fans said:

“I get a lot of confidence from the hospitality and warmth I receive in the UK. I am very thankful to all the people who never forget me.”

After her performance in Birmingham, Naseebo Lal spoke exclusively to DESIblitz. Lal talks about some of the difficult times she has faced, including her son Murad Hussain who she tips to be a future talent.

It is quite noticeable that Lal is mostly dressed in a Saree when performing and loves to entertain her audiences with some light dances.

Even today Naseebo Lal feels she has not reached her musical destination. According to Lal, a good artist keeps learning as long as they continue their Riyaz [music practice].

“I use to Riyaz for about 4-5 hours initially, but with the blessings of the Almighty I now spend only 1-2 hours on a daily basis,” Lal said.

“My Riyaz consists of the ‘Aiman’ [seven notes] raag [melodic modes], along with the classical raag of ‘Miya Di Tori’. Whoever does Riyaz will have a good voice. Sur has no limits, like the sea it can change in direction,” she added. 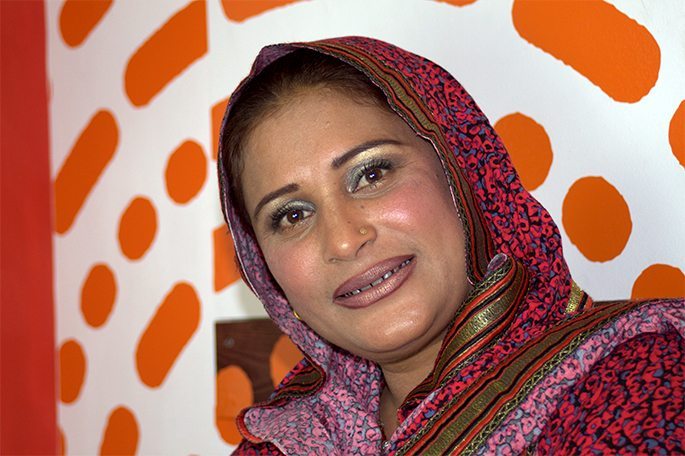 In her spare time, Naseebo Lal enjoys making delicious foods such as Saag, Dal and Kheer.

Currently, her brothers Shahid Lal and Tabedar Lal and sisters Sheena Lal and Farah Lal are active in the music field. Naseebo Lal has also released an album with brother Shahid.

Naseebo Lal has a soulful and brilliant voice, which touches the heart. Fans look forward to some more scintillating songs from this gifted artist. She is truly the Aan, Shaan and Jaan of Punjabi Music.

Faisal has creative experience in the fusion of media and communication and research which increase awareness of global issues in post-conflict, emerging and democratic societies. His life motto is: "persevere, for success is near..."
New Talent San2 Storms the Charts
Shreya Ghoshal ~ Bollywood’s Songbird