Former Indian cricketer Arun Lal married 38-year-old Bulbul Saha in a private ceremony in Kolkata. But who is she?

"Thanks to my family and friends for supporting us."

Reportedly, the 66-year-old had parted ways with his first wife Reena. But due to her illness, he continues to live with her in order to take care of her.

Arun had sought Reena’s consent to marry Bulbul. The newly-married couple now plans to take care of her together.

One picture showed Bulbul with her family. Another showed the newlyweds cutting a cake.

A third photo showed Arun feeding a piece of cake to Bulbul.

Other photos showed the couple signing the marriage agreement documents.

Bulbul captioned her post: “Officially Mrs Lal. Thanks to my family and friends for supporting us.”

It looked to have been an enjoyable day but a lot of interest is on Bulbul Saha and who she is.

She is a 38-year-old teacher at a school in Kolkata.

It is believed that they have been in a relationship for some time and in April 2022, they got engaged. 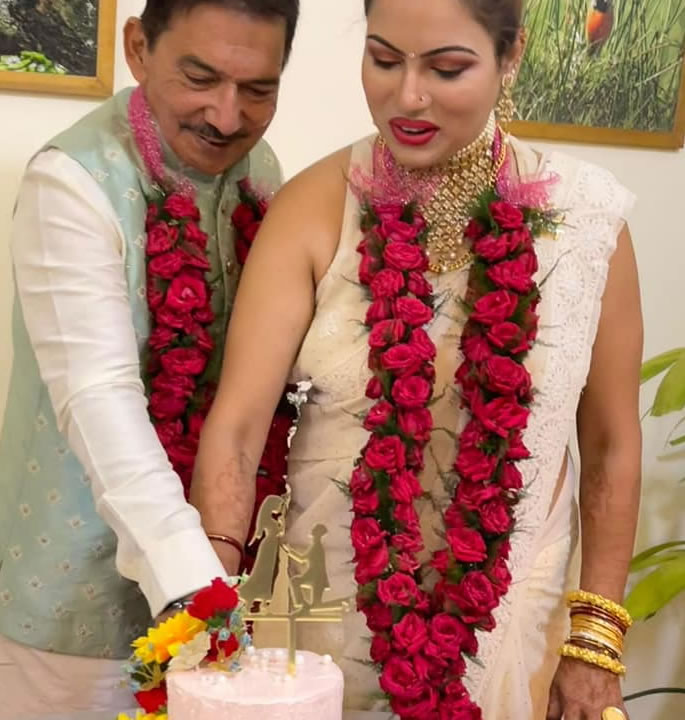 Meanwhile, Arun played for the Delhi and Bengal cricket teams in domestic cricket.

After retirement, Arun established himself as a commentator.

He is currently the head coach of the Bengal cricket team and helped them to reach the final of the Ranji Trophy in 2020.

In 2016, he was diagnosed with cancer but made a full recovery.

The wedding pictures went viral and while many congratulated the couple, others pointed out the age gap.

Arun is 28 years older than Bulbul and netizens were quick to troll the couple.

Another said: “No way Arun Lal is 66 and he is marrying at this age!”

Others claimed Bulbul married him for financial gain.

A tweet read: “What’s the value of Arun Lal’s properties??”

Another person wrote: “So, can we call him Sugar Daddy??”

Dhiren is a journalism graduate with a passion for gaming, watching films and sports. He also enjoys cooking from time to time. His motto is to “Live life one day at a time.”
7 World Snooker Titles: Why Ronnie O’Sullivan is a Genius
Who are the Stars of the IPLSOCCER Tournament?