In an exclusive chat with DESIblitz, Prataya Saha discusses the main themes of ‘Mein, Mehmood’ as well as the praise the film has received.

"I was naturally quite apprehensive"

Mein, Mehmood (I am, Mehmood) is a film that is dedicated to the life of hardworking immigrants all over the world.

The film traces the life of Mehmood, a simple middle-aged immigrant from the Indian subcontinent who has left immigrated to the Middle East to provide a better life for his family.

Mein, Mehmood, directed by Prataya Saha, has been selected for a screening at the International Film Festival of South Asia (IFFSA) Toronto.

The film will also travel to the Chicago South Asian Film Festival in the USA.

The 11-minute film was shot entirely in Dubai and is a collaboration between Black Book Media, a media house based in UAE and Prataya’s production house, Red Polka Productions.

Prataya’s previous films have touched on subjects such as domestic abuse during pregnancy, Just Another Day, and societal conditioning of women in a patriarchal society.

Mein Mehmood is Prataya’s 12th short film, following his debut in 2016 with Anna’s Weekend, which was also selected for festivals in US and China.

In 2021, Just Another Day premiered at the New York Asian Film Festival.

Prataya is also concurrently working on a Bengali feature film, Shonar Khancha, which is set in 1989 about a family deliberating selling their 200-year-old house. The film is in post-production.

In an exclusive chat with DESIblitz, Prataya Saha discusses the main themes of Mein, Mehmood as well as the praise the short film has received.

What are the main themes of Mein, Mehmood?

Mein, Mehmood (I am, Mehmood) can be broadly categorised under two main themes.

Firstly, the loneliness and isolation of Asian immigrants around the world as they leave their homes and families to find a way to a better living, thus like everything else in life; this journey far away from home oftentimes comes at a cost.

Secondly, the language barrier (be it any popular language) working against their favour and becoming a hindrance to leading a better life.

In the case of Mein, Mehmood, the inability to understand and speak a popular language like English leads to a precarious financial situation in the life of the protagonist.

What was it like shooting the entire film in Dubai?

It was like a dream. It was the first time I was shooting outside India and I was naturally quite apprehensive, however, it turned out to be a life-enriching experience.

Apart from the brilliant aesthetics of the city and natural landscapes and colour tones, what stood out was that people, in general, were very professional and helpful; which aided in creating a film with a lot of finesse.

Why is Mein, Mehmood a film worth watching?

I believe, art should make people think. Mein, Mehmood articulates about a major subject that has not quite been talked about – how not being able to know a mainstream language is having a negative impact on the lives of immigrants, specifically Asian immigrants all over the world.

I feel this subject should be spoken about to bring out more inclusive conversations for a better future and watching the film and contemplating about it afterwards, is a tiny step toward that future.

The film is ably supported by brilliant performances by Ozair Abdul Aleem (the protagonist) and multiple award-winning theatre actress Anshulika Kapoor (the wife) which the audience will definitely enjoy watching while taking them visually to the Middle East.

Independent filmmaking is not easy and oftentimes indie artists struggle to come up with good quality due to the lack of resources, funds, support, etc.

From the beginning, my endeavour has always been about raising the bar of independent filmmaking.

Mein, Mehmood is one of the examples where indie artists collaborated across international borders to create something meaningful.

With its premiere in Toronto at IFFSA on Aug 15th and then its upcoming US premiere at Chicago South Asian Film Festival in September and recognitions from other prestigious film festivals, this film is definitely a triumph for independent filmmaking under limited resources and backing/watching the film would only embolden our efforts to continue in this challenging journey.

What should audiences expect from this film?

In one word, realism! We were very sure we wanted the film to have an in-depth realism and give a true reflection of society as is, without any filters.

Thus, we shot in locations that are as close to reality as possible. Since the protagonist is an Asian immigrant we shot the film in a building where Asian immigrants lived.

The interiors and items in the immigrant quarters were kept as is, including the bedsheets, the clothes, the pillow covers, the electronics and the utensils, without any manipulation or dramatization to give a true understanding of their lives and their surroundings.

Mein, Mehmood has received praise from stars such as Lucky Ali and Shanvi Sri, among others. How does this feel?

I still sometimes do not believe it to be true. Growing up in the late 90s in India, Lucky Ali’s songs were in my mix tape compilations – I think I still have them.

Now a couple of decades later when I hear him praise the film, it feels ethereal, out worldly, to say the least. I guess a mini fanboy moment!

I am also thoroughly grateful to industry stalwarts like Gulshan Devaiah, Prasad Bidapa, Shanvi Sri, Sounak Sen Barat, et al from the industry, who had come forward to genuinely express their love and support for the film.

It’s just that tiny validation that you are doing a good job, so keep at it!

What kind of reception are you expecting the film to receive at IFFSA in Toronto?

I believe that the audience would really resonate with the subject and the characters in the film as we have kept it very real. I think they are going to like the movie.

On a lighter note, I am not sure about winning an award though, there are some amazing 120+ films playing at the festival by some great artists around the world and the competition is definitely stiff.

Why is it important to raise awareness through Mein, Mehmood?

Mein, Mehmood points directly out the language barriers existing between people and how they are negatively affecting their lives.

For example, in my research prior to filming, I stumbled upon the stats that immigrants who do not know a popular language like English are likely to receive lesser support in healthcare.

So, in order to bring parity and a sense of social justice to humanity we need to first have an open discussion among different societies and communities and Mein, Mehmood can act as a catalyst to those conversations by directly hitting the nail on the head.

And if we are just talking about numbers, we have around 300 million migrants in this world.

Raising awareness through Mein, Mehmood has the potential to impact so many lives positively.

Through Mehmood, we can feel the agony of hundreds and thousands around the world whose access to leading a respectable life gets inhibited due to their inability of learning a particular language.

The title of the film, Mein, Mehmood, loosely translating to ‘I am Mehmood’ almost ironically points out their search for an identity in an ever-changing world where they are unable to even properly emote in words to a wider audience.

Thus, what remains inside is a scream waiting to come out. 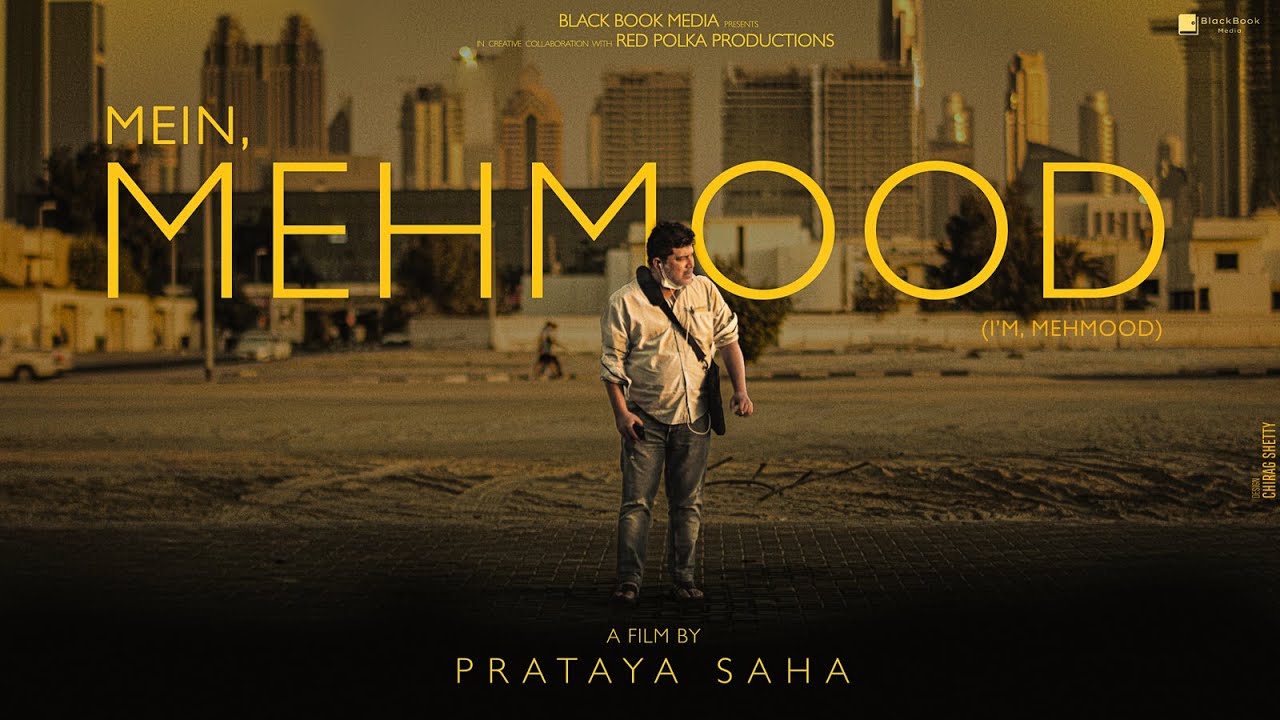 Ravinder is a Journalism BA graduate. She has a strong passion for all things fashion, beauty, and lifestyle. She also likes to watch films, read books and travel.
Why Sima Taparia calls Virat & Anushka the ‘Perfect’ Couple?
‘Laal Singh Chaddha’ to be Pulled from Cinemas