In an exclusive interview with DESIblitz, ‘S Durga’ director Sanal Kumar Sasidharan opens up about the struggles of independent filmmakers in India with censorship on the rise.

Prior to its release, the Malayalam thriller ran into considerable problems with the CBFC (Central Board for Film Certification) on multiple occasions.

Initially, it was denied a censor exemption for screening at the Mumbai International Film Festival in 2017. But, after suggesting 21 audio mutes and a U/A certification with a title change, the film was screened.

The film created an uproar once again in November 2017 when it was dropped by the Ministry of Information and Broadcasting from the schedule of the 48th International Film Festival of India.

Prominent members of the IFFI jury and committee, including filmmaker Sujoy Ghosh and screenwriter Apurva Asrani, expressed disappointment over it, stepping down to protest the I&B ministry’s decision.

The film also featured on the closing night of the London Indian Film Festival in July 2017, where it was chosen because of its challenging subject matter.

Coming clean from all controversies S Durga is fetching rave reviews in India.

Anna MM Vetticad from Firstpost writes: “[The Film is] a frighteningly symbolic depiction of the protector-cum-predator role that men – and female allies of patriarchy – play in the lives of women.”

Relieved as audiences all over experience his latest work, director Sanal Kumar Sasidharan talks to DESIblitz about the film’s motive, the problem of censorship and the future of independent filmmaking in India.

What is S Durga? 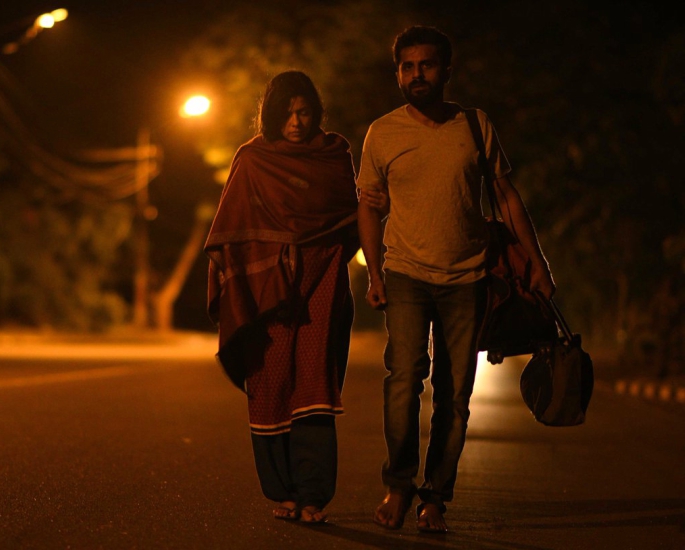 Originally titled Sexy Durga, Sasidharan’s film is on the surface, about ‘Love Jihad’.

An inter-caste couple, Durga (played by Rajshri Deshpande) and Kabeer (played by Kannan Nayar) elope in the middle of the night, and seek transport help from a suspicious gang.

Their journey is a terrifying ordeal, particularly for the female protagonist Durga’s encounter with the worst specimens of patriarchal India. In a parallel storyline, Goddess Durga’s devotees perform the horrendous ‘Garudan Thookkam’ (Eagle Hanging or hanging of God Garuda), a ritual that is popular in Kerala.

The film’s strong social commentary is evident from the title itself. Cinema is a reflection of society and in case of this film, the director confirms so.

Sasidharan tells us: “I was trying to make a film with darkness as the central character.

“Why night is dominated by males only, was my doubt. The thought that male behaviour towards women changes drastically at night added to the basic thought. The Delhi incident of gang rape also was part of the thought.”

S Durga comes at an opportune moment when patriarchy and the safety of women in India are burning issues. With a religious tinge, the film is a brave attempt at questioning a society that is contradicting itself while latching onto its traditions.

Censorship is a sensitive issue for independent filmmakers in India. Of late, the debate around the role of CBFC has been under the scanner. Is it right for the certification board to censor films?

“CBFC is Central Board of Film Certification. It should only have the power to certify but it is acting like censor institution. This is totally against the spirit of the idea.

“CBFC should not act as a superior authority which decides what is good and what is bad for the audience. CBFC should not be allowed to touch even a single frame of a film. Its power should strictly be restricted to certification.”

Advocates of artistic freedom in India have been disappointed with the ruthless scrutiny that films have undergone because of CBFC’s erratic decisions.

In a democratic setup, freedom of expression in terms of art is crucial:

“Censorship is a forceful imposition of pre-designed morality upon a matured audience. It is not good for a civilised society. If you are practicing it in a democratic country, then you should seriously doubt your democracy. A true democracy will never underestimate its own citizens’ mental capacity to identify good and bad.”

Films that enjoy profits in India are commercial feature films. Therefore, taking the beating for their unconventional ideas are art filmmakers:

“Independent films are not made as per the taste of the majority audience and hence they will not carry the conventional principles of society.

“If an art questions the conventional social principles and beliefs, they will raise a huge protest against the art. But that protest doesn’t represent the society at large,” says Sanal.

“There was a huge outcry against Sexy Durga. And even after the title is changed to S Durga, it didn’t stop. Even the government has taken a stand supporting these fringe groups.

“But finally, when it came to theatres, nobody came with any issues. This clearly shows that those fake cries against the film were not representing the general public,” Sanal adds. 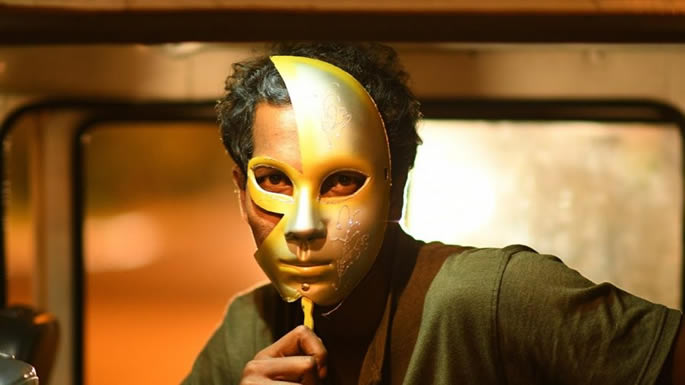 One of the major cause of concerns for independent filmmakers in India attempting to make films surrounding religious issues is the fear of an unreleased status. Lately, even big feature films such as Padmaavat and Udta Punjab have been at the receiving end of protests and resistance from the CBFC owing to their sensitive content.

Despite being backed by big production houses, these commercial films have faced delays and remained unreleased in certain states.

In this time of growing intolerance in the country, small films too have been soft targets for fringe groups. Surviving them alone is difficult says Sanal.

His personal experiences have been a learning lesson:

“It is not an advice, it is my request. Please support each other. As an individual, you are nothing before the system or the fringe groups. They will destroy you easily in one way or other.

“So we need to make a strong support system to resist the unwanted and unreasonable opposition from these elements. ”

Post the release of his film, Sanal surprised everyone with his open letter to Prime Minister Narendra Modi asking for his film to be out of the race for a National Film Award.

Wrote an open letter to Hon'ble Prime Minister of India stating why I have not submitted my film #SDurga to the National Film Awards. @PMOIndia
Letter from a humblecitizen of this great country… https://t.co/trbg1oPGyK

While most regional filmmakers would kill for the honour, Sanal’s trying times to get his film in theaters have put him off the idea of it getting any recognition from the government.

He signs off by saying: “I feel that it is the duty of every citizen to raise this issue loud. I wrote this letter because I love the democracy of this country. As a citizen, it is my duty to raise a voice when you feel that the democracy is in trouble.”

In a democratic set up like India, it is important for artists to have the freedom to express their views regarding the system freely.

Opting for a digital release through mediums such as Netflix and Amazon Prime may be viable options for a few. But to reach an audience that is still devoid of these amenities, distribution in theatres is key.

So long as filmmakers such as Sanal are prepared to put up a fight and stand by their content, the future of independent cinema seems bright.

Surabhi is a journalism graduate, currently pursuing an MA. She is passionate about films, poetry and music. She is fond of travelling places and meeting new people. Her motto is: "Love, laugh, live."
Boogie Man: A Coming-of-Age Story with Disco and Bollywood
October: What is So Special about this Varun Dhawan film?