October: What is So Special about this Varun Dhawan film?

Shoojit Sircar’s latest directorial venture, October stars Varun Dhawan and Banita Sandhu in lead roles. The film is yet another masterpiece from Sircar after the likes of Piku (2015) and Vicky Donor (2012).

Revolving around a confused but observant, goofy yet likeable Dan (Varun Dhawan) a 21-year-old hotel intern, October is a strange story of bonding, empathy and, above all, a coming of age tale.

After Dan’s co-intern Shiuli (Banita Sandhu) injures herself in a deadly accident, he finds it hard to succumb to the routine of work. He ends up longing to spend time with his ailing colleague whom he is merely acquainted with.

Written beautifully by Juhi Chaturvedi, the film keeps it real when it comes to daily discourse. As we move from the two distinct yet similar spaces of Dan’s workplace – the hotel and the hospital, the silences in both have a lot to say.

Both are the kind of spaces where one would hope to have a short visit. Yet, what they have in common is that people are ‘taken care of’.

To many, October may come across as a slow film but it is this languid pace of the film and Shantanu Moitra’s magical theme that leave a lasting impact on audiences.

Not a Love Story but a Story About Love 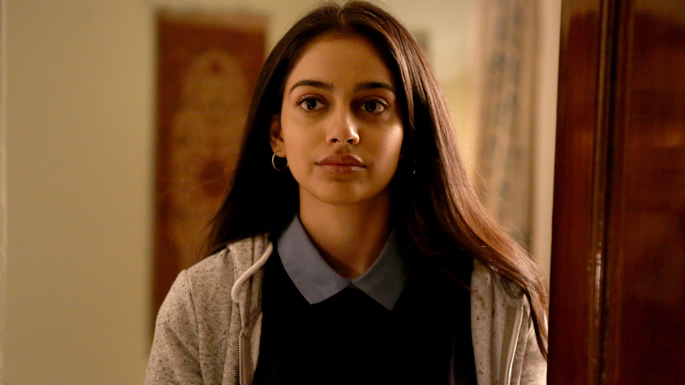 Quite rightly as the first look posters of the film suggest, October is not a love story. Rarely do we see filmmakers in Bollywood delve into the concept of love without making it all fluff.

Romance is probably one of the most overused genres in Bollywood. Making formulaic love stories with a boy-meets-girl angle has been a staple for filmmakers. With additional crowd-pleasing antics such as the song and dance sequences and corny proposals, producers have minted money by selling these ‘perfect’ romances.

Sircar’s October, on the other hand, takes the road less travelled. Devoid of any cringe-worthy exchanges between the two protagonists of the film, an undefined attraction that starts off with a plain humanitarian attitude is what strikes a chord.

October develops its romance through empathy, a concept explored widely with a different angle in the Academy Award-winning film, The Shape Of Water.

At no point in the film do we hear an expression that conveys love between Dan and Shiuli. But it is simplistic gestures like Dan arranging Night Jasmine by her bedside which resonate with viewers.

In the age of ‘relationship statuses’, the film at its core hints that it is actually also about being at peace with oneself. The restless Dan is a part of all of us. And it is only when he surrenders to the silence that Shiuli in her comatose state brings, he is able to decipher the true meaning of his life.

Like the month of October, marking the transition of seasons, the characters also follow a similar journey. The poetic romance in this film is exemplary of the Jasmine that blossoms in the night. It spreads its fragrance through the morning and eventually fades away only to start a new cycle once again.

Delhi: The Sight we Don’t See 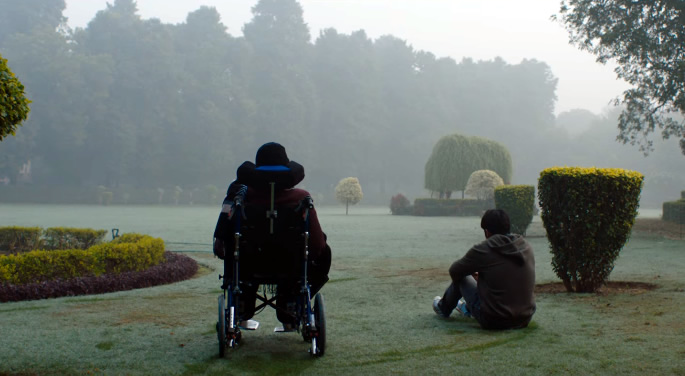 October is set in Delhi, the city that is now associated with all things but love. For a while now, the city’s on-screen image has been confined to criminal offences that are reflected by off-screen incidents.

In comparison, Sircar’s October brings forth the forgotten side of Delhi that still exists.

With shots of the Delhi metro running through a city that is still asleep, and the beautiful sunsets in parks with fountains, cinematographer Avik Mukhopadhyay promises a serene time in the bustling city.

Just like someone’s cognitive state that oscillates between the calm and chaos, Delhi has its moments too. From quiet hospitals and instrumental hotel lobbies, there’s also a glimpse of the streets with blasting music as multiple ‘baraats’ (wedding processions) meet at crossroads.

Aptly, Juhi even infuses the city’s local feel with words like ‘chamaat’ (slap) through the verbal exchanges in the film. 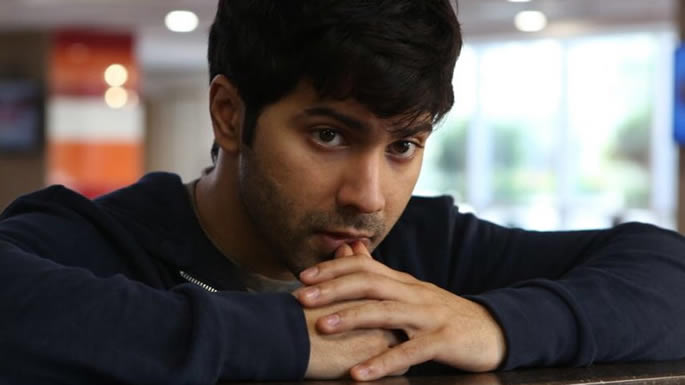 These are Shiuli’s last words before she falls off the ledge from the hotel roof and lands up in a coma. For Dan, this question becomes hauntingly uncomfortable and he tries to question the motives behind it.

On the surface though, this question is exactly what his character is built on. Dan is portrayed to be extremely restless. He is aimlessly floating around the corridors of the hotel where he works half-heartedly and often stirs controversies because of his unabashed nature.

Dan is the manifestation of a world where the spoken word is unfiltered. When was the last time you said something straight from the heart without thinking about its consequences?

His journey from being a chaotic boy to a man stems from finding an answer to Shiuli’s question. 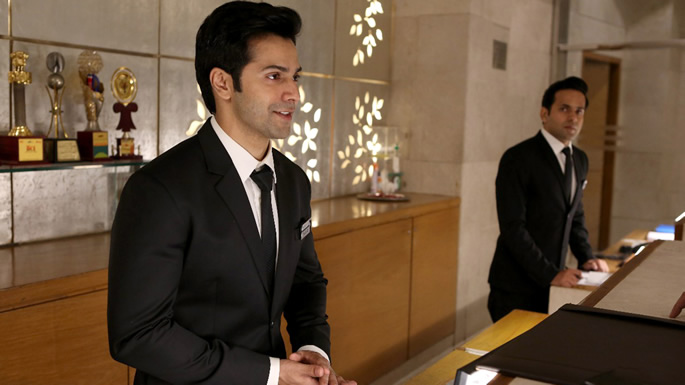 Realism is a recurring element in all of Sircar’s films. While Piku and Vicky Donor brought these qualities through family set-ups, October brings it through the supporting characters.

An interesting conversation between Dan and a nurse at the hospital may go unnoticed, but it has a strong point to make about how the outlook towards people who ‘serve’, in this case, a caretaker, remains shallow in a seemingly developing society.

When Dan questions her about her marital status, she quickly retorts: “Nobody marries a nurse because they are uncomfortable with the idea that we have touched people in their most private places.”

Another example of realities stripping down this film of its cinematic appeal are the scenes involving Shiuli’s uncle. Who insists on pulling the plug to a non-responsive Shiuli as a rational economic decision.

There’s also the scene between the two mothers (Shiuli and Dan’s), who are different sides of the same coin. Both are looking out for the best for their children and view Dan’s actions as responsible and irresponsible through their viewpoints.

All in all, Shoojit Sircar succeeds in presenting a film that rides high on emotions. Varun Dhawan and Banita Sandhu’s restrained performances maintain the film’s realism and keep the viewers invested with a teary-eyed climax.

October is a brilliant attempt at reshaping storytelling in Bollywood. For filmmakers wanting to maintain a balance between presenting a commercial story with an evocative direction, this is a perfect inspiration.