Varun Dhawan, the hero with the Golden Heart, is one Bollywood actor who is climbing his way to success.

In comparison to the other young generation of actors in Hindi cinema, it seems as though Varun is one of the few heroes to have had continuous box-office successes.

Since his debut in Student Of The Year, Varun has come leaps and bounds as an actor. As such, he continues to express and impress.

With Shoojit Sircar’s October, Dhawan promises to showcase a different shade to his acting skills and abilities.

In a tête-à-tête with the heartthrob himself, DESIblitz discovers more about Varun Dhawan’s experience whilst filming October. 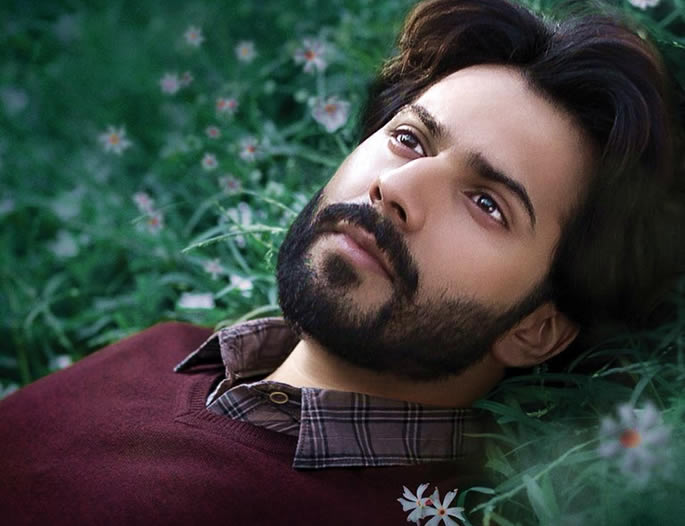 October is not a love story, but on the contrary, it is a story about love:

“The film is not just about ‘puppy-love’ or ‘people falling in love at first sight.’ It goes into a place [of love] which is untapped in films almost. But this [October] is just going back to what love should feel like.

“Nowadays on social media and messaging services – we hardly listen to each other anymore,” says Varun.

Playing the role of a hotel worker, Dhawan’s character of Dan appears to be quite complex. Varun describes his role in more detail with us:

“Dan is a boy-next-door and something happens in his life because of which he gets majorly impacted. Dan is 24-25 years old and that’s when your mind and heart starts discovering love and so many things about life.

“We all hope for the time when people would treat us responsible adults after a certain age,” Varun adds.

“Dan really is someone who actually does not fit into these things. He has a very strong inner-voice which he listens to and does what he wants.

“He’s a bit of an oddball but I think there’s a Dan in all of us. What Shoojit Sircar did was he made me get in touch with my inner-child and find a voice.” 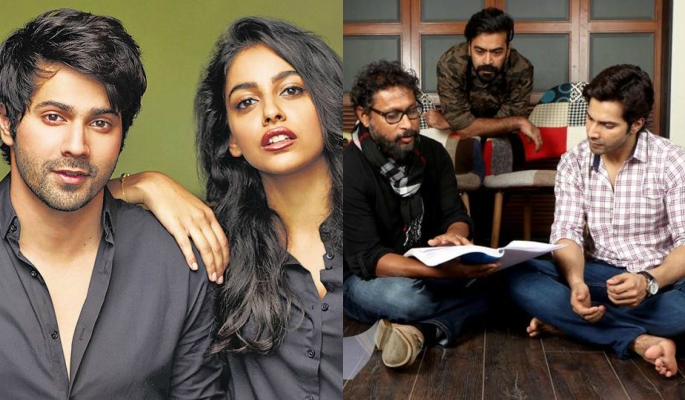 However, to present such an abstract character has not been easy.

In fact, the film’s director Shoojit Sircar even cited that the 30-year-old actor endured sleepless nights in order to perform extensive emotional outbursts.

Even though Sircar pushed Varun’s boundaries as an actor, Dhawan himself claims that the experience was quite “spiritual”:

“Things were happening on-set which were actually not in anyone’s control. There were scenes which I never saw in a certain way but when I was saying dialogues it was just coming out in a very different way. From day one until day 37/38, I became Dan.”

A couple months back, Varun posted a photograph of a girl on social media, whom he claimed was the lead actress of October.

From Ileana D’Cruz to Diana Penty, there were plenty of speculations around whom this mysterious girl was.

Soon enough, it was revealed to be the British-Asian actress, Banita Sandhu, who is making her Bollywood debut opposite Varun.

Although the trailer does not showcase much about Varun’s relationship with Banita on-screen, the two actors seem to gel well together off-screen.

Varun tells DESIblitz what he finds most impressive about his female co-star:

“Banita is just 20-years-old, but I think she is a very intelligent actor.

“She is so in-tune with world cinema and understands things so fast. I learnt so many things from her. Banita Sandhu is very sharp, receptive and her focus is on another level almost.” 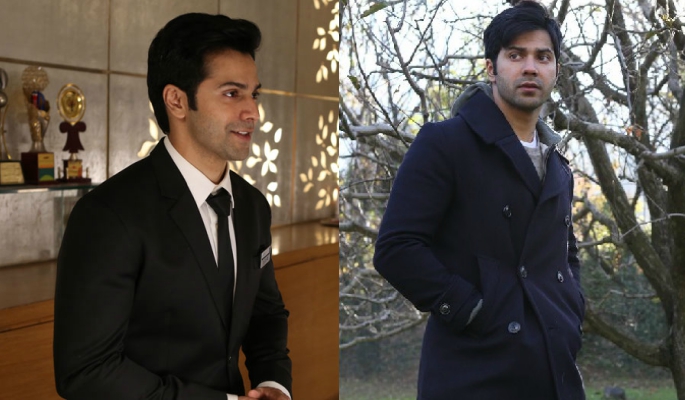 After his two films Badrinath Ki Dulhania and Judwaa 2 managed to gross more than 100 crores at the box-office in 2017, Varun Dhawan has become a bankable name in Bollywood today.

In addition to playing comic roles, Dhawan has also wowed audiences with some impressive performances in films like Badlapur and ABCD 2.

As such, what are the biggest challenges he faces as an actor?

“When you’re an actor for a very long time, it gets difficult to sometimes be in touch with the world and relationships you’re in. You start losing sight of that. Working continuously without breaks can be harmful to a working professional,” the October hero says.

“It’s almost scary when you’re doing films after films without any breaks as it can mess with your head. We’re playing characters, with emotions – making ourselves someone who does not exist. To keep sane and not get lost is the biggest challenge.”

Besides being a talented actor and dancer, Varun is a role-model to many Indian youths since he is entertaining, vocal on environmental causes and is incredibly humble.

As a matter of fact, he was commemorated with the ‘Most Popular Youth Icon’ AIBA award in 2015.

However, with such recognition comes considerable responsibility. And being someone with such influence requires many positive attributes:

“That’s a big responsibility to have [laughs]. I think the ‘cool’ thing is that the icon does the right thing.

“Being arrogant is not cool, that is the wrong attitude to have. I always say ‘follow your heart and voice,’ because if you don’t believe in yourself, no one will believe in you.”

Listen to our full interview with Varun Dhawan here:

On the whole, it certainly seems as though Varun Dhawan is set to go notches higher as an actor with October.

Whilst his character Dan is quite ordinary yet off-beat, one is certain that viewers can resonate with the emotions depicted in the film.

We are sure that Varun’s hard-work and dedication will shine through in his performance.

DESIblitz wishes all the best to Varun Dhawan and the entire team of October!

Salman Khan writes Lyrics for Romantic Song in Race 3
A Wrinkle in Time: Fantasy and Sci-Fi with Mindy Kaling