We all know about the iconic Hindi on-screen pairings, but what the real-life romances? Let’s take a look at the Bollywood couples who have defined the meaning of love with their romantic stories.

"Shah Rukh was the first person I met and went out with. And he has been the only man."

They say it’s difficult to find love in the world of showbusiness. But a few lucky ones have not only found love; they’ve even managed to live a fairytale with their partners.

Some of the most committed Bollywood couples are known to have interesting love stories. Not all of them had to meet on film sets to fall in love.

There are also celebrities who found love in their second marriages and are now going strong.

With their enchanting romances, they continue to inspire fans and give us couple goals!

Let’s take a look through the history pages of Bollywood couples and their romantic stories. 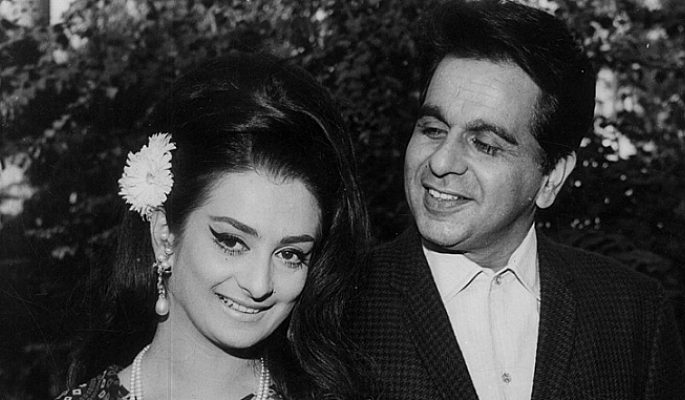 One of the most significant things about Dilip Kumar and Saira Banu’s love story is that they overcame an age difference of 22 years.

Saira recalled in an interview of their first meeting:

“When he smiled at me and remarked that I was a pretty girl, I could feel my whole being taking wing and flying rapturously. I knew somewhere deep within me that I was going to be his wife.”

The couple tied the knot in 1966 when gorgeous Saira was only 22 and Dilip Kumar was 44. They define the saying of ‘age is just a number’ as their bond grows stronger over the years.

However, they faced one scandal in the 1980s – Dilip’s affair with Asma, a Hyderabad socialite. Falling in love with the star, he divorced Saira and married Asma.

After 3 years, his second marriage fell apart and eventually Dilip and Saira remarried. Remaining together since then, this Bollywood romance is definitely an evergreen love story. 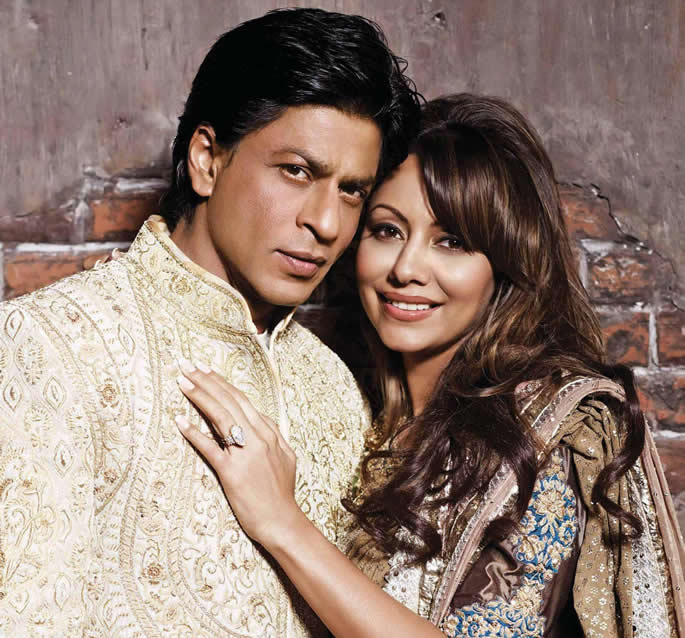 He may be the King of romance for the world but he has only one queen to his heart. India’s biggest superstar, Shahrukh Khan and his wife Gauri show how true love is beyond fame and its side effects.

The couple has been married for over 25 years and despite him romancing some of the most beautiful ladies on-screen, Shahrukh and Gauri have stayed strong off-screen.

Shahrukh first met Gauri when she was 14 and he was 18. The duo settled for a simple date sipping colas where both of them were shy to even say a word. They dated for several years before tying the knot in 1991.

Such is their commitment that in an interview, Gauri revealed, “Shah Rukh was the first person I met and went out with. And he has been the only man.” 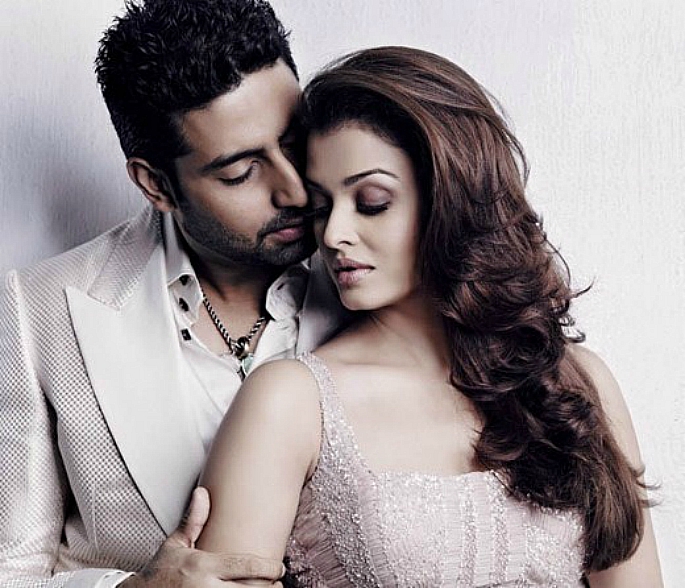 She is a former Miss World, he is from Bollywood’s first family – Aishwarya and Abhishek are definitely a match made in heaven! They hail as one of the industry’s most talked about and glamorous couples.

After meeting on the sets of their first film together, Dhai Akshar Prem Ke (2000), the duo hit it off as friends. They later even worked on another romantic film, Kuch Naa Kaho (2003) but Cupid was yet to strike them.

At the time, Abhishek was earlier engaged to Karisma Kapoor but things hit a rocky road and the duo separated. Aishwarya, meanwhile, was in a relationship with Salman Khan.

But after his alleged abusive behaviour, they headed for a break-up. She reportedly later had an affair with Vivek Oberoi which did not last long.

Sparks flew between Abhishek and Aishwarya during the shooting of ‘Kajra Re’ from Bunty Aur Babli. Post that, the couple worked together in Umrao Jaan (2006), Guru (2007) and spent time together on the sets.

At the New York premiere of Guru, Abhishek proposed to Aishwarya and the couple later tied the knot in April 2007. The two now have a beautiful six-year-old daughter Aaradhya Bachchan. 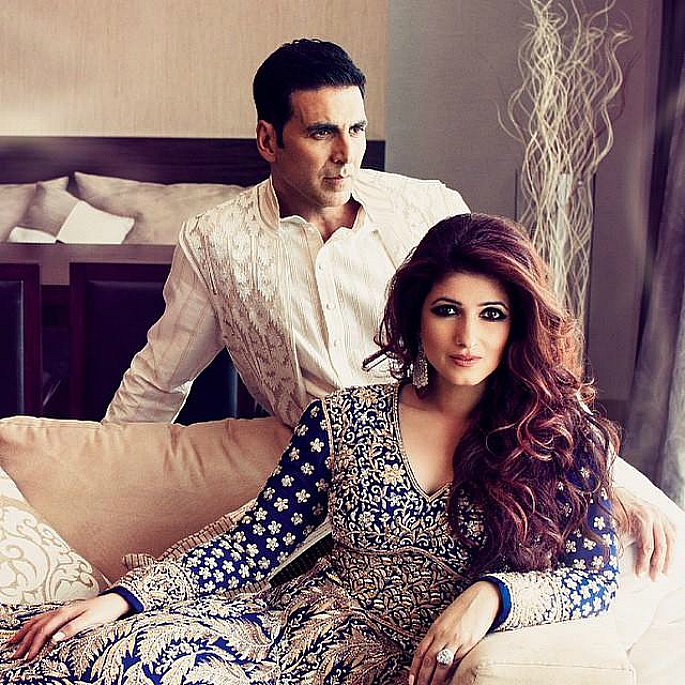 Seventeen years and counting, Akshay Kumar and Twinkle Khanna’s rocksteady marriage has been an inspiration to many.

The couple have a great bond not only as friends but even as parents to their lovely children Aarav and Nitara. After falling in love on the sets of their film together, International Khiladi (1999), the duo were in a steady relationship for a while.

After dating each other for over four years, Akshay popped the question but Twinkle initially felt slightly indecisive. Yet later, the couple tied the knot on 17th January 2001, in a private ceremony.

Talking about their unique relationship, Twinkle said, “He has a great sense of what works and yes, he is very diplomatic and I am outspoken. But we enjoy these differences between us.” 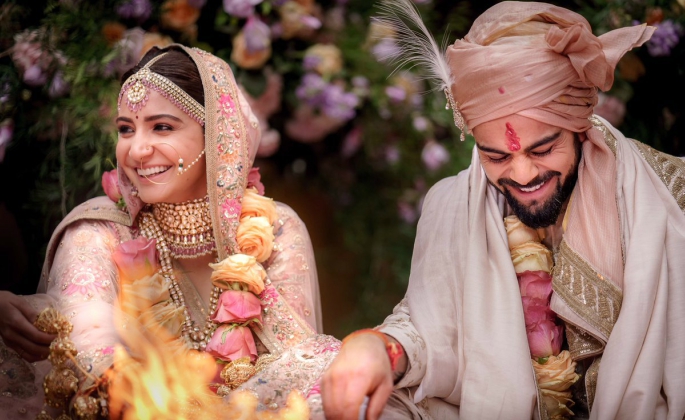 Anushka Sharma and Virat Kohli, better known as Virushka, are the classic example of new-age romance.

With social media and paparazzi constantly invading the privacy of celebrities, it has become difficult for them to maintain their relationship without all the fanfare.

One of the media’s most-loved couples, actress Anushka Sharma and Indian skipper Virat Kohli had a tough time hiding their relationship.

Cricket and Bollywood are two of India’s favourite things and when they come together, it is a festival. Virat and Anushka’s romance started off on a commercial they worked together.

Throughout their relationship, the duo attended events together. Anushka also cheered for her man in the stadium stands. A grand gesture of Virat blowing a kiss to his lady love after finishing a ton made their romance clear to all.

Of course, we cannot forget their stunning Italian wedding on 11th December 2017! Giving everyone wedding goals, we can’t wait to see the next chapter of their story! 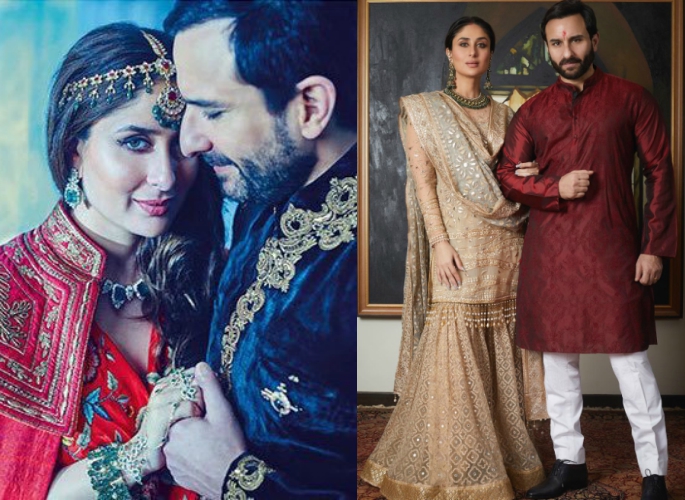 Falling in love on the sets of Tashan (2008), the duo started dating soon after Kareena recovered from her bitter break-up with Shahid Kapoor.

After several speculations, it was in October 2012 when the duo tied the knot in a grand ceremony. Despite this being Saif’s second marriage after divorce from Amrita Singh, the Nawab found genuine love with Kareena and the couple are still going strong.

Saif has two children from his former marriage, Ibrahim and Sara. When asked about Kareena’s relationship with her step-daughter, she said:

“We’re like best friends. Saif refuses to come out with us. She’s my bar hopping partner. I enjoy my equation with her. They are the most well brought up children.” 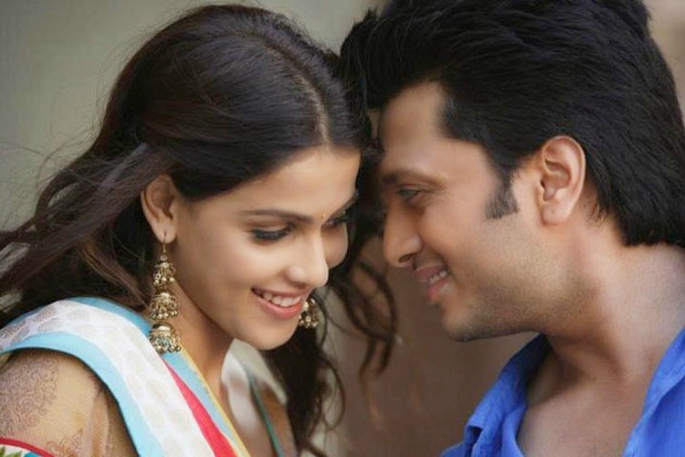 Their journey started on their first film together, Tujhe Meri Kasam (2002) where they hit it off as co-stars and soon as friends.

They built their relationship gradually and after 9 years together, the two married in 2012. The duo are now parents of lovely children, Rian and Rahyl. But they’re still very much best friends when it comes to their relationship.

Talking about what Genelia means to him, Riteish said:

“I draw unconditional support and love from her. Genelia’s love holds me together and to understand her love is something else.”

After looking through these Bollywood couples and their romance stories, we are in awe of them! Showing utter devotion to each other, they truly are relationship goals.

We hope these love stories give you plenty of inspiration and strength to stand by that special someone in your life.