"It's about exploring my identity as a deaf brown girl growing up feeling isolated, lonely and different."

Like many linguistic minorities, Sabina England belongs to the unique deaf culture, as worthy of respect as any other.

Pushing herself to try new things and develop to the fullest, her deaf way of life is fascinating.

Inspired by 1970s and 80s Bollywood films, she is a filmmaker, playwright, stage- performer and a poet.

Born into an Indian family in England, and currently living in the USA, Sabina England identifies herself as a Bihari and an Indian Muslim.

Having spent most of her childhood isolated, Sabina is now up-and-coming through a range of art and technology forms. She is making a mark of the new pride and confidence, which deaf people are discovering, by way of their sign language and culture. 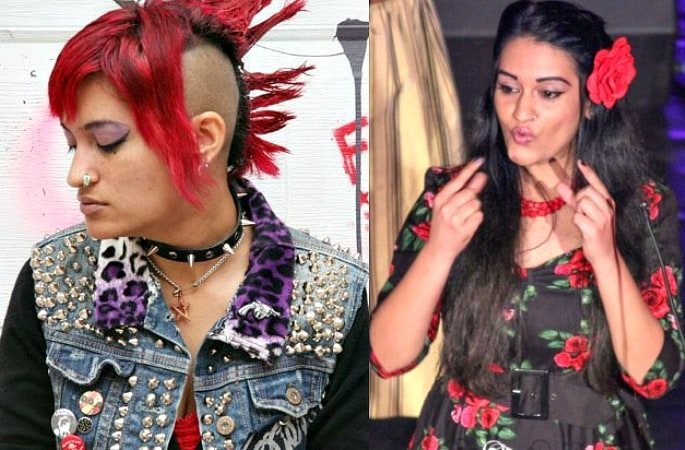 Through her incredible talent and Desi Punk style, the Indian artist represents the deaf brown community, giving deafness another definition.

With a B.A in Theatre from the University of Missouri and training from the London Film Academy, Sabina England is an exceptional storyteller.

In 2016, she received the Visionary Award as the Emerging Artist of the Year. Since then, she has been recognised as a voice for the deaf.

Her diverse passions and versatile talents are further revealed when she speaks to DESIblitz in a special interview:

What was it like growing up in a Deaf community and what are your thoughts on Deaf culture?

To be honest, I didn’t grow up in a deaf community in the sense that nobody in my family was deaf, except me. So I was pretty isolated from the deaf community that was mostly white, English, or American, yet I also felt isolated in the Indian Muslim community!

In the past few years, I started reaching out to meet more people from the deaf community, especially other deaf women of colour, so that I wouldn’t feel so alone anymore. I believe that one awesome aspect of deaf culture is that it teaches us not to feel ashamed and to fight back against obstacles in our way for not being able to hear.

In the deaf community, I do not feel disabled or different. In the world, then that’s when I struggle sometimes for being deaf and I feel very different.

What does it mean to be a ‘Desi Punk’?

To me, punk rock means being true to yourself, not give a damn what others think, to stand up for yourself and to always fight for what you believe.

Being desi and punk, I feel that it’s about finding a way to reclaim my traditions and ancestors’ practices. But also to object against misogyny, shadism (prejudice against darker skin) and to protest traditional gender roles in South Asian cultures. And look for a way to add some modern touch to traditions and aesthetics.

What inspired you to become a Filmmaker?

As a kid, I was always watching so many movies, on VHS tapes to late night movie showings on TV. I’d watch tons of the 1970s and 80s Bollywood films, French New Wave films, 90s American independent movies, and classic Hollywood movies.

I was obsessed and I couldn’t get enough of it.

I daydreamed of making up different stories set around the world… I’d write a lot of scripts and stage plays as a teenager… and I knew this is what I wanted to do.

Apart from being a Filmmaker, you are also a Playwright, Stage Performer, Writer and a Poet. How do you manage between these creative roles?

I think being an artist is about pushing myself to try new things.

I even took a classical ballet class because I wanted to try new movements and to think outside the box.

How I manage to switch between roles, well, it helps that I don’t have too many friends, so that gives me a lot of time and space to work on whatever I want!

How would you describe your creative process on a typical day? 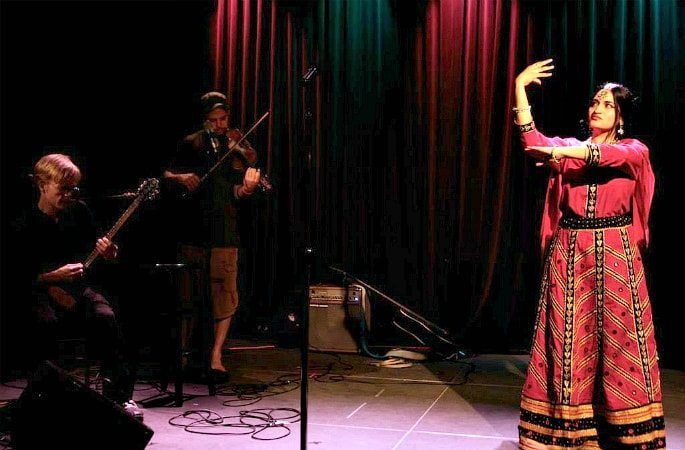 Wake up, go to work, and during my free time, I’d add some new dialogue in my scripts or draw some storyboards.

I’m also working on a few short stories and I try to spend at least 10 minutes on them everyday.

If some ideas pop up in my mind, it’ll swirl around in my head for days until I decide to take action and write it down.

As for editing videos, I do it at home because it can take me hours or days to pick the right shot for a 5-second scene!

Tell us about your short film ‘Deaf Brown Gurl’?

It’s a poetry music video with American Sign Language and beautiful classical Indian music composed by a fantastic duo in Spain, with voice-over work by Micropixie, an incredible British Indian Hindu musician based in San Francisco.

It’s based on a poem of the same name that I wrote, which I performed in San Francisco, Washington DC and at Pride Fest. It’s about exploring my identity as a deaf brown girl growing up feeling isolated, lonely and different, and learning to accept who I was and coming to love myself.

I shot beautiful scenes of various places all over Bihar, including the ancient Buddhist site at Mahabodi Temple in Bodh Gaya, Bihar. I also went to a deaf girls school in Patna and i was so proud and impressed with these little girls because they could write in Hindi, English, and they were also fluent in Indian Sign Language! 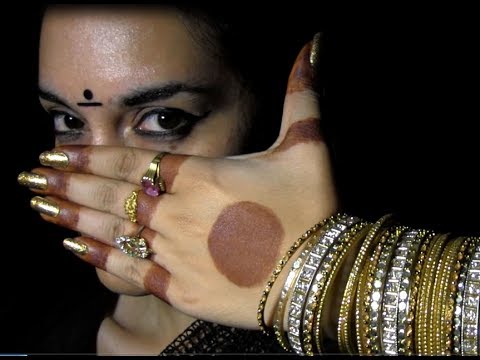 What is the setting of your short film ‘Wedding Night’?

It’s a short film set in the USA, about an arranged marriage between a Pakistani woman and a Pakistani-American man, who have never met until on their wedding night.

It’s intense and uncomfortable story, and as they open up to each other, they discover some dark secrets.

I wanted to challenge the misconception that women born and raised in South Asia were submissive, quiet and obedient and that was supposedly why a lot of brown guys look for wives overseas instead of looking here!

How do you think your culture affects your art?

What I love is that there’s such a huge emphasis on storytelling, dancing, and art in South Asian cultures and that brings a lot of inspiration to my works.

Unfortunately, many people do have old-fashioned attitudes and may not be comfortable with discussing taboo subjects or risque material in film or theatre.

I think of ways to carefully approach a controversial subject in a non-confrontational way. I don’t compromise, but I understand why everyone’s different the way they are.

Why do you think there are so few Asian women in Filmmaking? 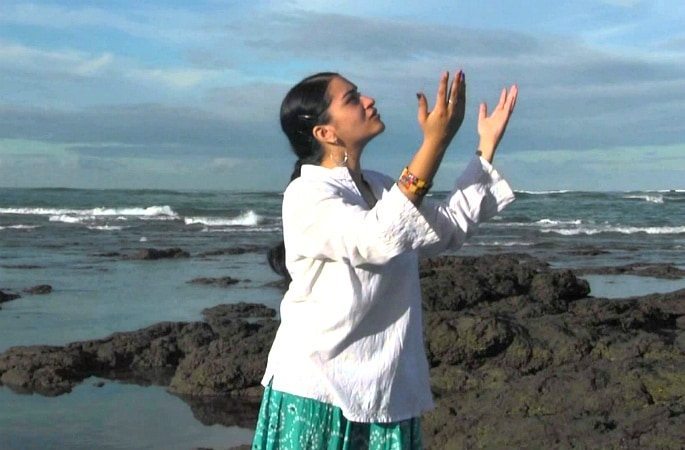 Filmmaking is hard and unfortunately, it’s very much a male-dominated place.

For women, especially Desi women, if we want to get out there and make films, we gotta learn how to do everything ourselves. Learn how to shoot a camera, pick the right lens filter, edit scenes, do lighting work, pick music, record sound, do special effects, etc… and when you are a filmmaker taking charge on a project, you have to know how to talk to people and tell them what you want.

I suppose that’s uncomfortable for some Desi women who are not used to bossing people around.

And I also see that girls, especially girls of colour, have been discouraged from exploring technology (for filmmaking), and rather they’re told to focus on traditionally feminine roles.

Are you working on any new projects?

I am working on a 10 filmmaker project that’s being funded by the Arts Council of England.

Each filmmaker is based all over the world and we all have to make a short film under 5 minutes about the same poem–a tragic poem written in Afrikaans about refugees fleeing the violence.

I decided to use Navajo voice-over and I shot some gorgeous footage in New Mexico. I plan to highlight the beauty and importance of Native American resistance against imperialism, settler colonialism, and violence. Even though the poem is very sad, I want to show hope, resilience and resistance in my film.

Oh, and my big project is looking for a new home in New Mexico so I can buy some horses and have a nice life as a Desi cowgirl punk!

With sign language as her primary method of communication, Sabina England vocalises her thoughts through her short films. The language and facial expressions make you feel connected.

She uses her performances as a teaching tool to educate people about the deaf brown culture. Sabina hopes others feel the same way. So she can inspire, as well as open doors, for others just like her: