Over the last few years, Bengali cinema has been responsible for some incredibly thought-provoking films. DESIblitz presents some compelling Bengali movies that are a must watch.

Believe us when we say, this movie will break your heart into a million pieces

Bengali movies are creating a huge impact on world cinema.

With their incredible storylines, strong direction and growing acting talent, these films are compelling to watch.

So what makes a Bengali movie so entertaining? DESIblitz presents 5 films which will make you love Bengali movies more than ever before.

Take a look at our chosen Bengali movies that we believe are incredible to watch. 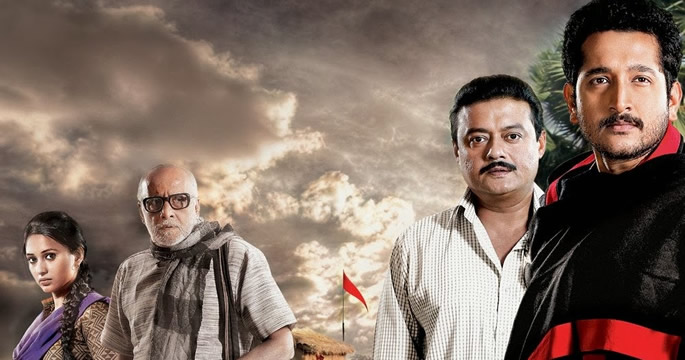 This movie sets out to tackle some of India’s deadliest crimes against women: rape, assault and murder.

Proloy is a very brave production made by Shree Venkatesh Films, both forthcoming and clear in the message they portray.

Directed by Raj Chakraborty, the film stars Parambrata Chatterjee as a beacon of hope and Mimi Chakraborty as a victim of the atrocities which take place in the movie.

What makes this film so impactful on audiences is that it is inspired by the true story of Barun Biswas, a Bengali school teacher who was shot dead for protesting against gang rape.

Viewers come to understand very early on in the movie that in the village of Dukhiya, law enforcement is powerless. In addition, police officials are very unwilling to do their job, even when complaints of mistreatment by local gangs are brought to them.

Their non-action has allowed gangs to abuse females and behave however they want. While the victims are simply left to suffer.

Parambrata’s character Barun calls out the people who are not brave enough to address these issues and speak up in the real world.

In the movie, he attempts to empower the community to stand up to law enforcement and demand change.

While at first, Barun is physically abused, he fights back and continues to speak up. His bravery leads to arrests of some of the criminals but also his eventual death.

However, his heroism and bravery leave a trail. Upon discovering the story behind his death, Barun’s friend avenges him and continues his work.

Watch the trailer for this inspiring film here. 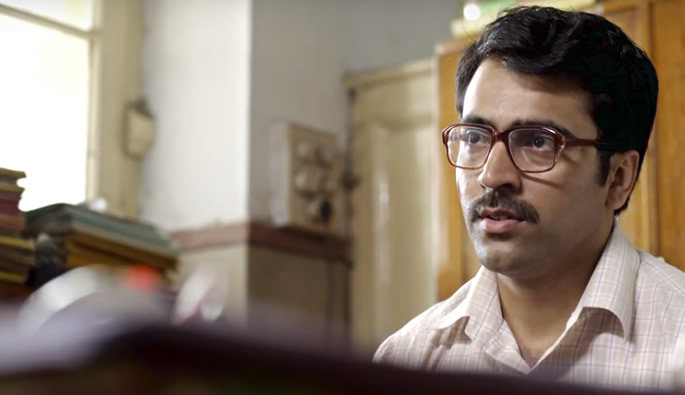 Abir portrays the character of Abhirup who is at first very shy and lacks in confidence. This makes him stick out, causing people to push him around and treat him like a simpleton.

Abhirup appears very patient towards people’s unkindness and teaches the same lesson to his son. He appears to be a good father and husband; a genuine role model.

However, after a promotion at work, a bitter colleague tries to set him up by hiding an important file and tampering with the financial records on his computer.

Days later, a tenant insults him when Abhirup asks for a late payment and in a heated argument attacks him.

This leads to Abhirup facing an all-time low, becoming unresponsive to his family, colleagues and his surroundings.

That is when his childhood friend appears and teaches him to fight back and behave like a Bengal Tiger. This is the same friend who protected him throughout childhood and is back in his sudden moment of need.

His friend Anjan (played by Jeet) is disruptive and laughs maniacally when Abhirup is misbehaving. Anjan becomes his strength for a while in the movie, turning Abhirup from shy to extremely violent.

The thriller deals with schizophrenia and mental illness. Towards the climax of the film, the audience is told Anjan’s backstory, and it will leave viewers with a slight chill.

This movie has done well to open the debate on mental health through cinema, and by maintaining the viewer’s attention on this social stigma without being forceful. 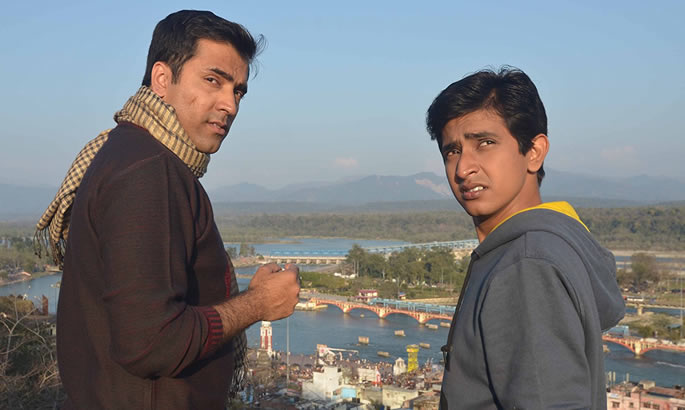 Badshahi Angti is based on a classic Bengali fiction piece written by Satyajit Ray. It is based on the adventures of a popular detective named Feluda.

The title means ‘King’s Ring’ (a Badshahi Angti is only meant for a king). Part of the Feluda series, the detective is on a case to stop the theft of Mughal emperor Aurangzeb’s ring.

Feluda is strategic but at the same time a mysterious detective; he can tell a lot just by looking at a person. He is also a beloved book character many young teens grew up with.

The character is portrayed by Abir Chatterjee and the movie has been directed by Sandip Ray.

When Feluda receives a hint about the ring’s situation he takes matters into his own hand and the investigation begins. Someone seems to be tracking Feluda’s steps and sending him hidden messages.

It’s not long before the real culprit shows himself and comes face to face with Feluda. Things get a little out of hand but can Feluda solve the case?

The movie’s suspenseful narrative is sure to keep you engaged throughout. A great movie that can be seen by the whole family. 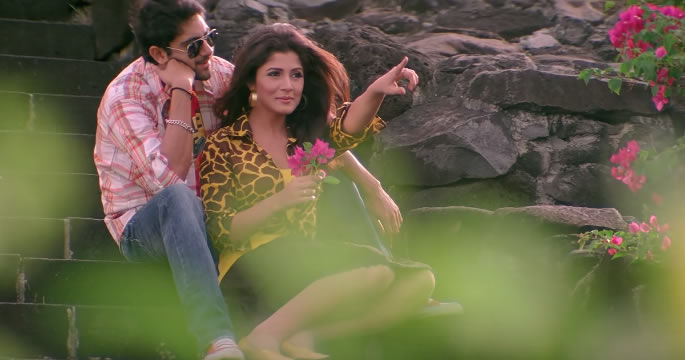 Amanush is directed by Rajib Biswas and the main characters are portrayed by Soham Chakraborty and Srabanti Chatterjee.

Vinod (played by Soham) has grown up in a church orphanage and is given a chance to work and study in the city. At first, he does not fit in. He appears socially unaware as well as being unhygienic. The students, particularly one called Aditya, ridicule him a lot.

Unlike the other students, however, Ria (played by Srabanti) is a kind-hearted girl who decides to befriend him and help him. However, Vinod gets the wrong idea and begins obsessing over the idea of being with her forever.

While at first, it seems like a typical student crush, the nature of Vinod’s obsession and behaviour escalates.

Aditya reconciles with Vinod and sets out to win Ria’s heart. This stirs jealousy in Vinod but he offers to ‘help’ Aditya and Ria all the same. He ends up deceiving both.

‘Amanush’ means inhuman, and what makes Vinod so is his cold-blooded nature and ruthlessness which he keeps a secret from Ria.

Ria is unaware of his true character and believes Vinod wants to take care of her. He, on the other hand, has no intention of letting her leave him.

In 2015, Soham returned in Amanush 2 as a ruthless character displaying multiple identities and personalities. Amanush 2 brings a deadlier version of Vinod, as Soham plays Raghu. 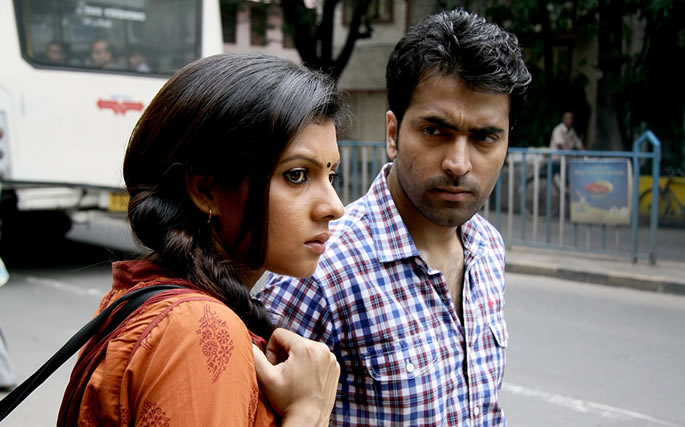 Bojhena Shey Bojhena stars many of Tollywood’s popular actors and actresses such as Soham, Mimi Chakraborty and more.

Believe us when we say, this movie will break your heart into a million pieces.

Most of us a very accustomed to a typical romance where a boy and girl fall for each other. Their parents might disagree, but after a lot of disagreement, the couple ends up happily married.

Bojhena Shey Bojhena goes down a very different avenue, one we can assure many onlookers will not anticipate.

The trailer has been strategically put together and while it sets the mood and tone of the movie, it does not hinder or give away the storyline.

A second component which makes the movie incredible is how it attempts to break gender stereotypes in relationships.

The character Riya (played by Mimi), is easy to anger and at times asserts controlling behaviour over her very conservative and shy partner.

However, he looks past her negative traits and continues to pursue her love by taking some brave steps.

This film will leave you in tears and stay in the back of your mind for a few days. Especially if you have a passion for love stories.

These are our pick of 5 incredible Bengali movies that will hopefully introduce you to the vast and diverse industry of Bengali cinema and its more daring storylines.

Perhaps you’ll even find a new favourite to add to your all-time movie list?

Rez is a marketing graduate who loves to write crime fiction. A curious individual with a heart of lion. She has a passion for 19th-century sci-fi literature, superhero movies and comics. Her motto: “Never give up on your dreams.”
10 Blockbuster Hollywood Movies Coming Your Way in 2018
Ranveer Singh: 6 Outstanding Bollywood Roles that Impressed Us